The New School’s Anna-Maria and Stephen Kellen Gallery presents The Question of Intelligence — AI and the Future of Humanity, an exhibition focused on artificial intelligence and featuring works created by more than a dozen artists on view from February 7-April 8, 2020. The works range from large-scale interactive installations to a renowned chatbot, called Agent Ruby, and painting software using artificial intelligence.

The exhibition asks the question: What constitutes intelligence, and if and how can intelligence can be constructed by algorithms and machines? It gives a conceptual overview of different ways in which digital art has critically engaged with developments in artificial intelligence, and investigates the social and cultural transformations generated by AI. Together the works in the exhibition examine and juxtapose the ability of humans and machines to acquire and apply skills and knowledge, raising questions of what the encoding of ‘intelligence’ means for the state of being human. 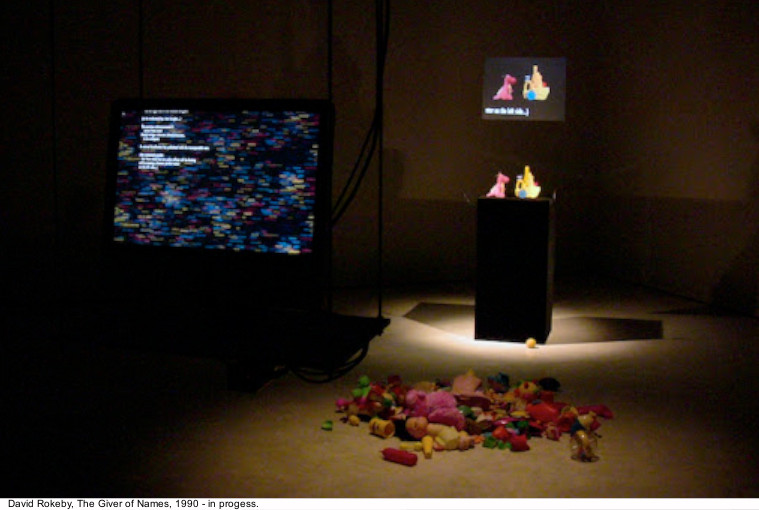 Over the past several years,  artificial intelligence has moved to the center of technology discussions due to the rapidly increasing role of ‘machine learning’ in data processing and decision making for the purposes of commerce, labor, surveillance, entertainment, and variety of many other areas. Presenting a body of work that addresses the effects of the automation of our senses, The Question of Intelligence  investigates vision as it is reflected in image recognition; speech and voice in relation to issues of sentience and personality, as well as the construction of knowledge.

“The artworks in the exhibition ponder the differences between machine and human intelligence from various perspectives,” says Chrstiane Paul, the exhibition’s curator. “At a time when our environment is increasingly governed by machine learning processes that are looking for patterns everywhere, these works raise philosophical questions about sentience and how our understanding of the world is changing.” 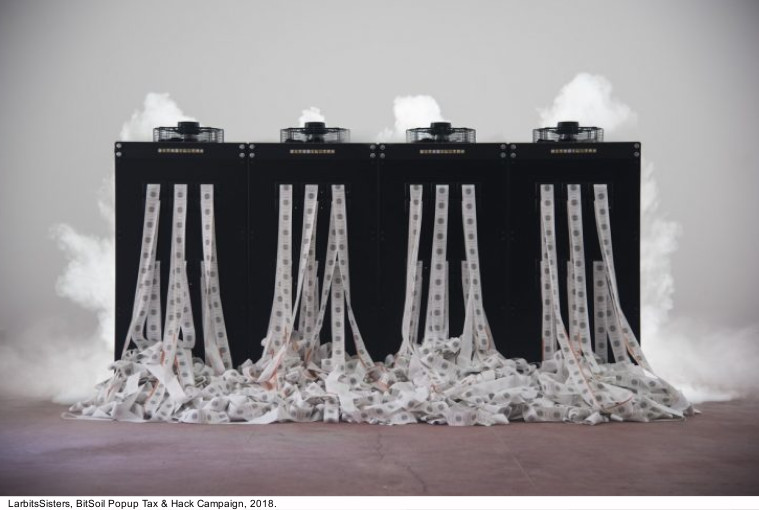 Other work in the exhibition engages with the impact of automation on creativity and labor, which has generated both utopian and dystopian predictions. AI that takes creative labor to new forms of expression has become a trendy topic, while the replacement of human labor through AI has serious socio-political consequences. The artist-created drawing and painting software on view — includes Harold Cohen’s pioneering AARON, (originally programmed in 1972) and Mary Flanagan’s [Grace:AI], trained exclusively on data sets of paintings by female artists trying to paint a portrait of Frankenstein. It ponders how creativity is, and can be encoded and whether creative AI is a tool, a partner, or a performer.

While Brett Wallace‘s work takes a look at the consequences of AI in the workplace, LarbitsSisters’ BitSoil Popup Tax & Hack Campaign proposes an alternative taxation system for a fairer digital economy. The project uses IBM’s AI-Watson Natural Language Classifier for training an army of tax collector bots to mobilize users of Twitter to claim a micro tax on the data they produce. BitSoil Popup Tax & Hack Campaign was the winner of both the Golden Nica in the category Interactive Art at the 2018 Prix Ars Electronica, and the NOVA New Media Interactive Art Prize from the Beijing Contemporary Art Foundation, and will be making its national debut at the upcoming exhibition.

Another work premiering in the US is Tega Brain‘s Deep Swamp, a triptych of terrariums with wetland plants governed by artificially intelligent software agents. The agents, Nicholas, Hans, and Harrison, watch their swampy territories — adjusting light, water flow, fog, and nutrients — to try to engineer their environments for different goals. Harrison aims for a natural looking wetland, Hans is trying to produce a work of art, and Nicholas simply wants attention. 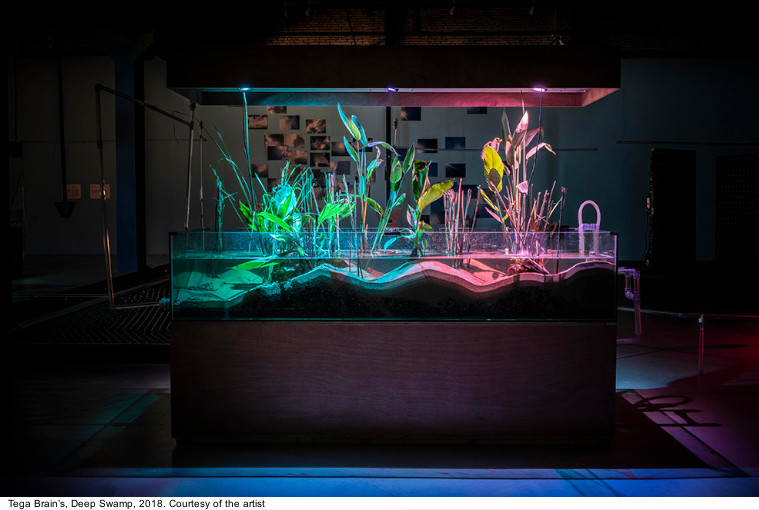 The role of AI in sustaining living plants is also explored in AlphaGarden by Ken Goldberg and the AlphaGarden Collective. AlphaGarden is a living garden located at the University of California at Berkeley that is tended to by a robot controlled by an AI that is learning both from simulation and from human demonstrations. Visitors can remotely follow the process through a screen in the exhibition space.

The exhibition is curated by Christiane Paul and organized by the Sheila C. Johnson Design Center.