Unearthing the Earth’s Secrets: The Benefits of Geology for Humans 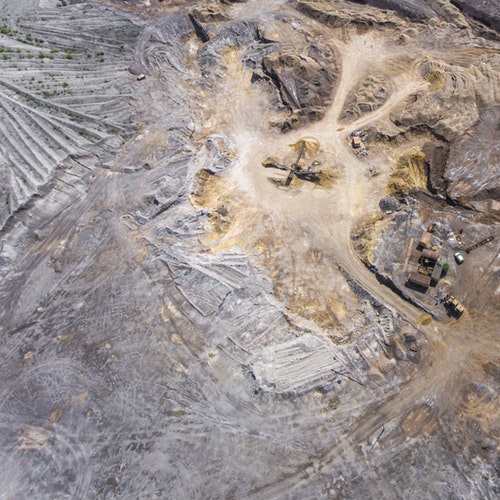 While scientists and major industrialists are busy exploring the universe with there being a massive overall curiosity over the question – ‘what is out there?’, a small group of people have for years now looked the opposite way and found similar amounts of mystery and advantages. Geologists. Even though science has made huge advancements in the field of astronomy and space exploration, the work that geologists do in unearthing our planet’s mysteries is equally commendable. The number of benefits that their research and explorations deliver to human kind is too many. Here are some such massive benefits that the work of geologists brings to mankind.

Geologists not only make new discoveries on a yearly basis, they also reanalyze decades old sites and stones. These constantly lead private industry geologists on to the path of new findings of extremely treasured natural resource reserves. Such understandings have contributed to healthier revenue for several domestic manufacturers of oil and gas. It also plays a pivotal role in global economy as it leads to the decrease in prices. Ultimately, these geological advancements serve a crucial role in the country attaining energy independence.

They are crucial for our water resources

Groundwater is supremely important to the entire world as it provides a considerable portion of the total freshwater requirement across the globe. Geologists help in the discovery of new Aquifers. These Aquifers are crucial to the economy as they provide a dependable source of groundwater. This steady source of groundwater is ultimately used to serve the following purposes:

There are several other uses of aquifers. This importance of aquifers necessitates that all geology degree jobs focus substantially on the process of discovering and developing aquifers. When shallow aquifers get depleted it is the job of geologists to locate deeper and develop them into sources of pure groundwater.

Geologists truly play a vital duty in society. Through decades of unearthing the earth’s secrets, they have almost become the exclusive keeper of these secrets. As industries are rising at a tremendous rate, it is becoming increasingly difficult and expensive to locate and collect the lasting feasible resources from deposits that are not as accessible as desired. The information and the practice of geology in itself is a great depiction of the substrata. This body of knowledge is crucial in delivering significant information required to find new springs for water, energy, minerals and other resources.

The foundations of building a great infrastructure lies in the hands of the geologists. Be it roads, bridges that connect trade spots or buildings that signify development – all of these are built from great amounts of concrete, steel and energy resources. The gravel, stones, iron and further mineral deposits must be attained from appropriate sources.

The benefits that geologists who unearth this planet’s mysteries offer to this earth are crucial to the growth of civilization.