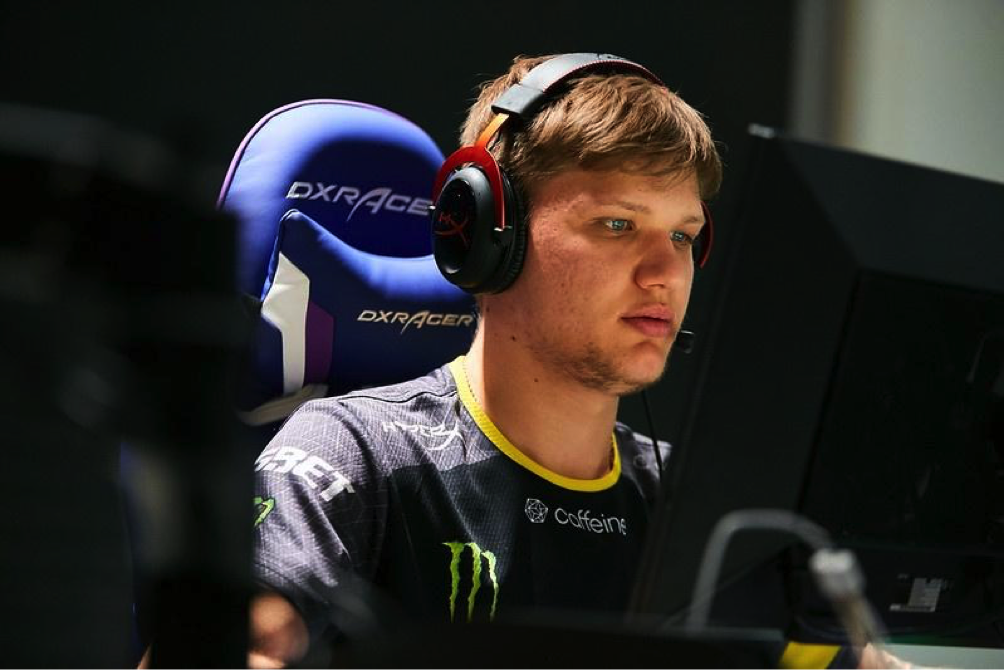 Counter-Strike: Global Offensive is definitely one of the most popular esports projects of all times. The competitive FPS game never stopped growing in popularity and skills of professional gamers. In this article, our CSGO teams experts chose top 10 legendary CSGO players of all times. Such rankings always are biased. So, if you disagree with our choices, please comment the text and show us your versions of top CS GO esports professionals.

The Ukrainian star playing for Na’Vi – Oleksandr “s1mple” Kostyliev is the best and probably the most popular professional CSGO player now. His insane skill level in both aiming and tactics combined with the incredible sense of the game turned s1mple into the ultimate frag machine. Of course, there are many things he wants and needs to achieve but he solidly took on Neo and forest in our list of the greatest CSGO players of all times. 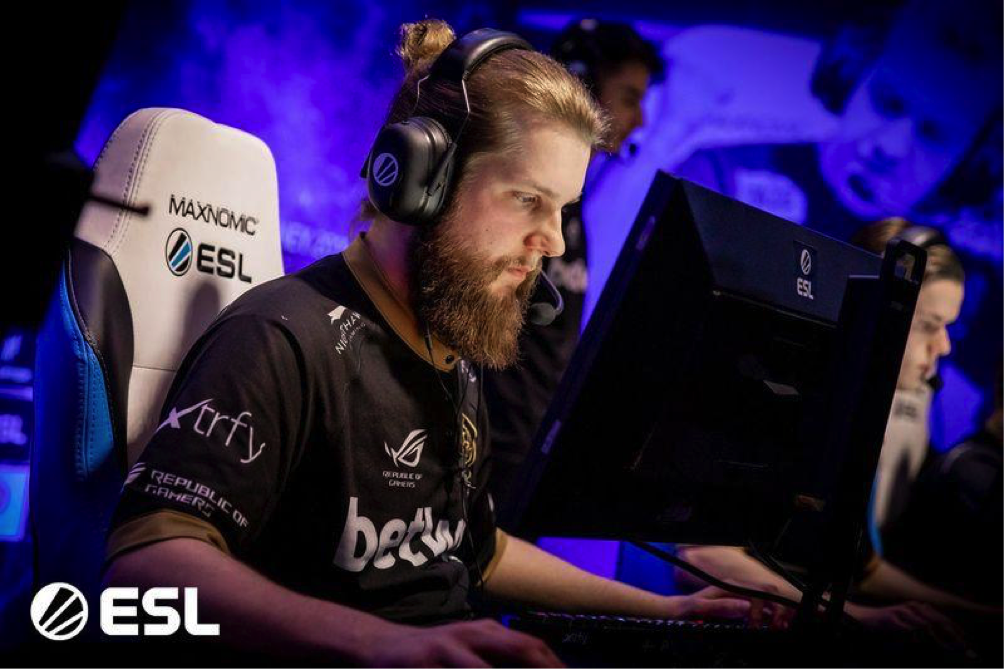 F0rest is the Swedish CS GO professional gamer reaching the top-2 position of the ranking because of his top level plays during Major events like Dreamhack and ESL Katowice.

Patrik got his first professional win at the age of 16. A victory on OptiHack brought him €730.

f0rest became a member for the Swedish World eSports Games after the victory at a major event of the country and the prize of €10,000. There, the national team of Sweden showed excellent performance level. But the golden time of f0rest began a bit later, when he got an offer from Fnatic.

Since 2013, f0rest has been wearing the NiP T-shirt. He continues playing for Ninjas as a rifler and AWPer.

Finally, in 2013 f0rest wore the colors of Ninjas in Pajamas, a team where he has managed to win international competitions to this day. 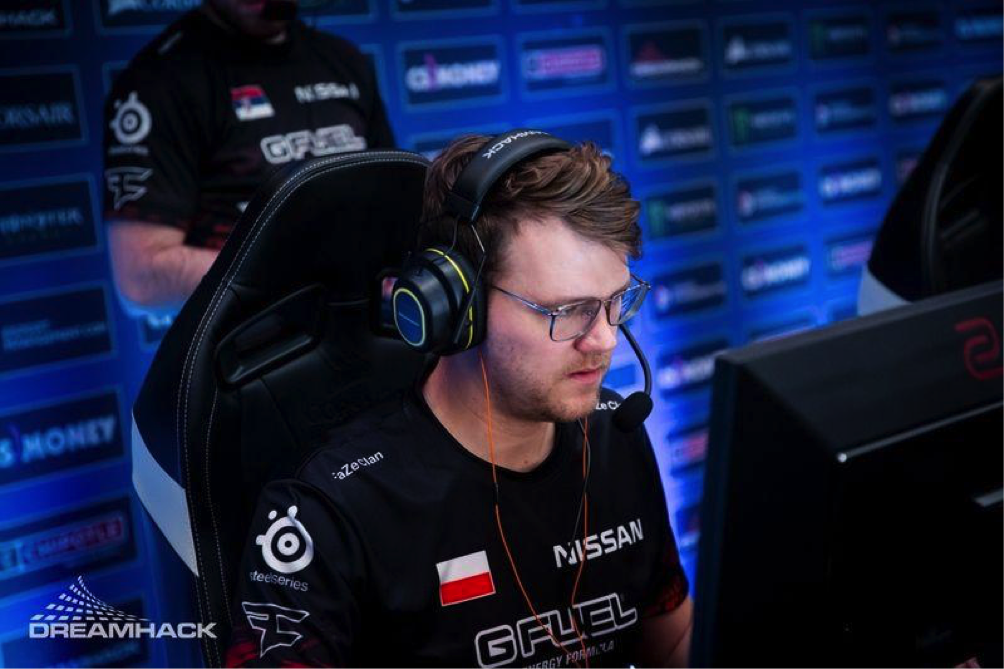 Together with his friend Taz, Filip has more than 18 years of professional competitive Counter-Strike. NEO and Tas stayed together for long even when had to join teams. They played together in many tournaments.

Their ways splat in 2009. Neo then became a member of the Polish World eSports crew.

In 2013, NEO joined the Netcode Illuminati and became a stand-in for ESEA final event of CS 1.6. Then, Filit switched to Counter-Strike: Global Offensive and joined the Polish roster of Virtus.pro.

Together with that team, neo won big events like ESL Katowice 2014, CEVO and ESL ESEA Pro League finals. We won’t mention the entire list of NEO’s awards, otherwise the article will turn into an endless wall of text.

Here is one thing: if any other player stands the chance to take the 1st place of this rank, it is NEO.

They chose Marcelo “coldzera” David as the top-1 player of the world for two years in a row. This player remained uncontested for long and had leading stats in impacts on international events, playoffs, taken clutches and frag correlations.

The world heard about coldzera after he joined Luminosity Gaming and won the MLG Columbus 2016 and ESL Pro League Season 3 during his first year in the organization. He turned into a legend in 2016 at once, after winning the round on the Mirage through getting 4 AWP frags.

Marcelo never cared who played against him. His risky and unexpected decisions allow him winning decisive rounds against anyone. His opponents usually say that coldzera is the player they feel the hardest to predict. It is the significant feature making him a must-be part of our top 10 CSGO players ranking. 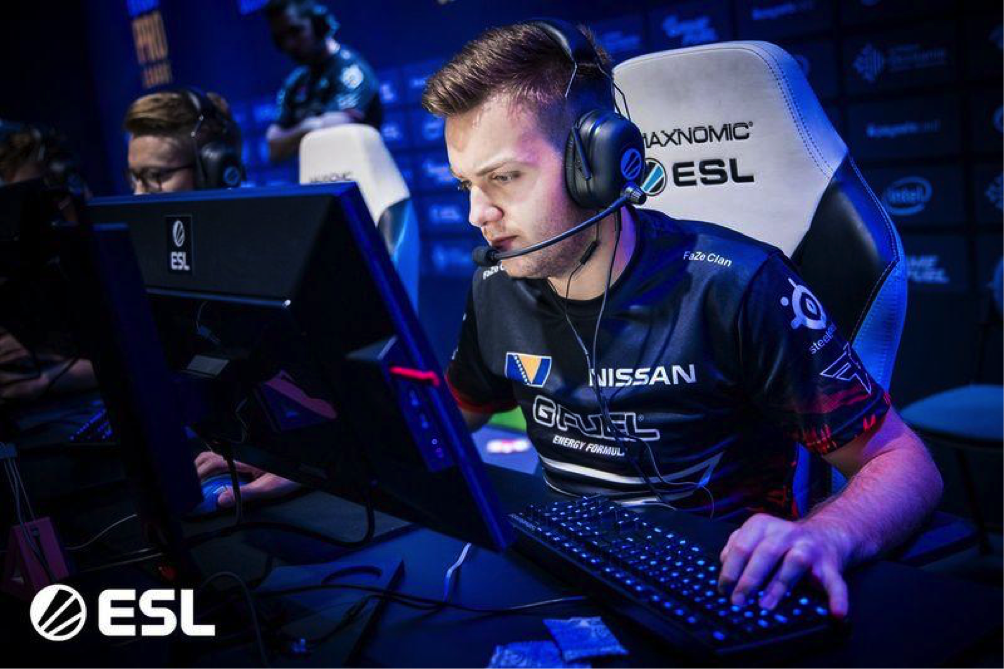 The 22-year-old Bosnian player, NiKo had the career peak so far in 2017. He showed great levels as a part of Mousesports in 2016, and in February 2017 FaZe Clan signed him. That year, NiKo gained 3 trophies and 3 silver medals. His short career earnings are nearly $650 000 for now. 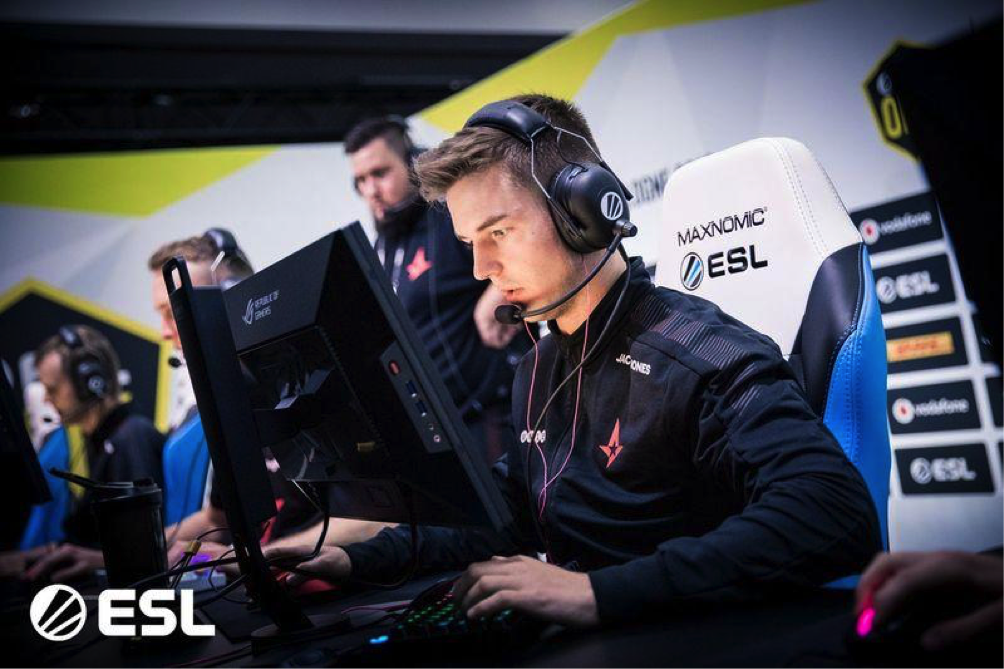 device is a high-skilled AWP player and in-game leader playing for Astralis, the Danish esports organization. In the year of 2017, Nicolai entered the HLTV top-20 and finally joined the list of greatest CSGO players all over the world. Nicolai won ELEAGUE Major and IEM Katowice together with his Astralis mates.

Their extra-high level of skill, tactics and teamplay brought Astralis huge prize money earnings. Reedtz himself made a huge contribution to their victories by the great AWP performance. 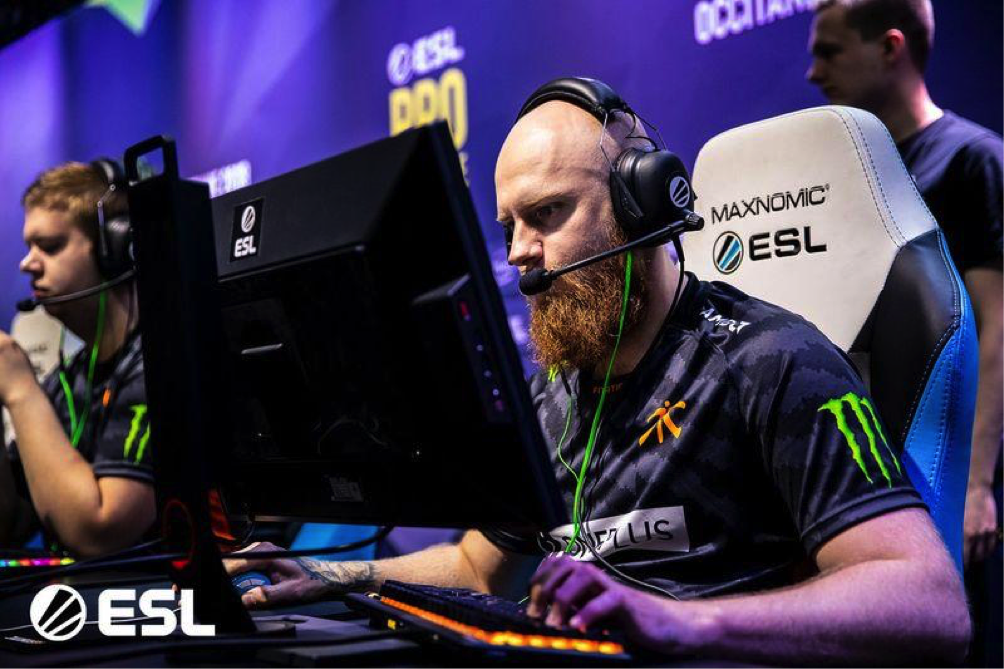 Contrary to KRiMZ, Olofmeister started as the H2K gaming player. Then, LGB Esports signed him together with Freddy.

Olof became the key member of Fnatic soon after joining them. Together with Fnatic, Olofmeister reached the 2014 Dreamhack Winter and had a defeat from LDLC. Opponents blamed Fnatic for an unfair play with forbidden tricks, so Olof and his mates showed the great sportsmanship and resigned to continue competing for the tournament.

Currently, Olofmeister is a FaZe Clan player, and the entire CS:GO community admires him. They consider Olof to be the one of the best riflers even despite the fact he is not in shape he was while playing for Fnatic. 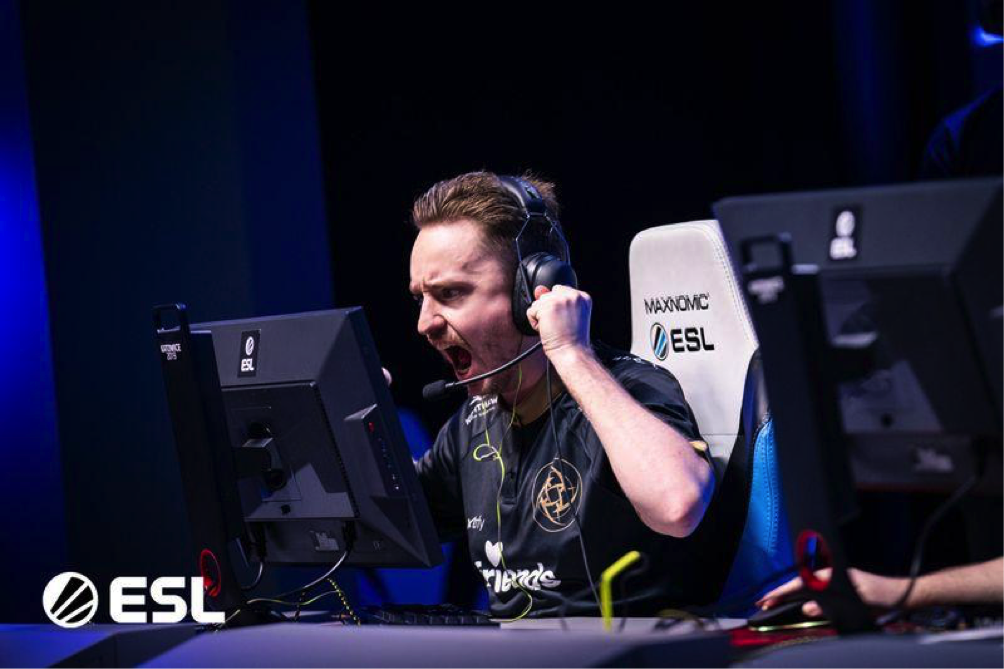 KRiMZ was the top CS player since the very beginning and did everything he could to help his teams reach their goals and keep great results. After playing for LGB Esports, KRIMZ and Olofmeister joined Fnatic and began creating the superior CS:GO team from Sweden.

After getting those two players, Fnatic continued getting their victories and finally became the world’s best team. They did not with all the Majors possible, but the Fnatic era was undisputed in 2014 when they were taking one win after another. KRIMZ though never fell down in his level. He still is a real CS beast and is only 25. Freddy has enough time for even greater achievements. 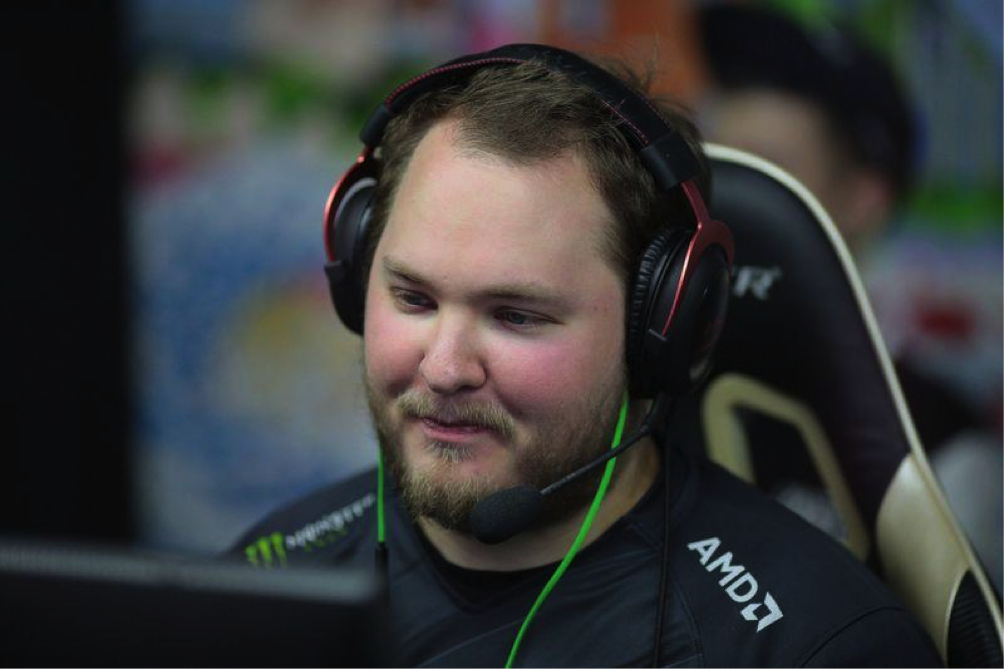 One of the most talented CS:GO players from Sweden, Get_Right has been remaining a trouble for his opponents throughout the entire career. In every game and every round, his tactics was the genuine element helping his teams win even the most stressful episodes. The extra-high level of in-game intelligence allowed NiP dominating the professional scene for long.

Before he joined Ninjas, GeT_RiGhT played also for Fnatic and SK Gaming.

He started his CS career in 2007, when the competitive scene belonged to Counter-Strike 1.6. But still, Christopher is remaining among the best CS:GO players and showing great results.

Until 2013, Flusha played for Epsilon together with JW. Then, they joined Fnatic and won three big tournaments and many other prizes throughout years.

One wouldn’t lie when saying that Flusha contributed much of an effort to lead Fnatic to victories and glory. He was a captain, and he still remains. Flusha knows how to keep the team calm and concentrated under the big event pressure and responsibility.

The community blamed Flusha for cheating more than they did for any other player, but he never used any forbidden software. Robin’s skills are just so great that he made the whole CSGO world doubt his human nature.