Mind-Blowing Facts Behind the Nike Logo 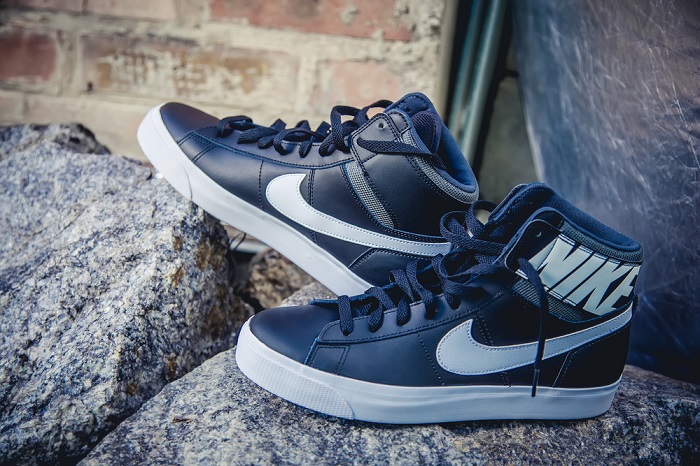 The Nike logo is one of the simplest and yet most powerful branding visuals in the world. Together with athletes and enthusiasts, millennials enjoy purchasing products which carry the Nike logo – the brand holds 62% of the athletic-shoe market. The image of the Swoosh lives by itself as it’s already trademarked and highly popular.

The Nike logo is somehow the ultimate form of emotional communication. The brand has strived to promote the products’ psychological effects and to send a message through its visual elements and tagline – Just Do It. Yet, there are some spectacular facts behind one of the world’s most famous logos.

At First, There Wasn’t a Nike

Nike was founded in 1964 as Blue Ribbon Sports. The brand was a distributor of Onitsuka Tiger shoes. It opened its first retail store in 1966. Five years later, founders decided to begin producing their own athletics shoes and initiated a rebranding campaign.

According to Logo Realm, the history of Nike logo is rather meaningful than consistent. You might not remember when the Nike logo has last changed. That’s because the only adjustments were applied to its font.

1971: The first Nike logo had a cursive slanted font and was placed on top of the Swoosh.

1978: The font became all-caps Futura Bold and moved above the Swoosh, to make the brand visual message more appealing.

1985: Designers put the white logo in a red square.

1995: The Swoosh stood by itself, without the square or the text. This remained the official logo version in use up to today. Nike stores usually only show the Swoosh.

The logo is usually available in white, black, red or orange. Enthusiastic buyers search for the Swoosh in malls. You may hear them, as they mispronounce the brand’s name as n-i-k. The correct pronunciation is nyy-kee, as the name comes from the Greek goddess of victory, Nike.

Graphic designer Carolyn Davidson – who was a college student at the time – took over 17 hours to create the well-known Swoosh. Se was rewarded with $35 for her work in 1971. She was later rewarded with 500 shares of Nike stock which are worth around $643,035.

Davidson stated in 2011 that she still likes her work and enjoys looking at the Swoosh. What did the brand founders say? Phil Knight said in 1978 that he didn’t love the Swoosh but hopes that he eventually will.

Meaning of the Swoosh

The Nike logo symbolizes motion and energy. However, it reflects the tight connection to the Winged Goddess of Victory. The Swoosh in fact represents a wing of the goddess. Davidson decided to borrow the mythological attributes of victory, speed and flight.

There’s a general confusion surrounding the Swoosh. Many identify it as a simple checkmark. However, the Swoosh is curved specially to avoid such a perception. 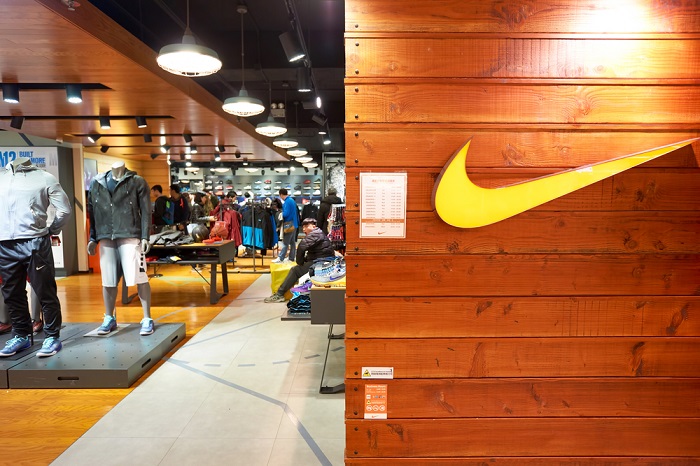 HONG KONG – CIRCA JANUARY, 2016: inside of a shopping mall in Hong Kong. Shopping is a widely popular social activity in Hong Kong.

The Originality of the Swoosh

Someone filed a report in May 2010, stating that Nike copied its logo from cigarette brand Newport – introduced in 1957. There was proof that the Swoosh was created by Carolyn Davidson. However, no one came with enough evidence to support the allegations.

The Newport logo is upside down and a bit shorter than the Swoosh.

The First Logo Appeared on a Boot

Many believe that the first Swoosh was on a sneaker – untrue. The product which originally outlined the logo was a soccer cleat released in 1971 and called The Nike. Bill Bowerman used his wife’s waffle maker to create the criss-cross tread sign on shoes.

Surprisingly, the boot was priced at $16.95 and it was a bit unsuccessful. The product couldn’t hold up in wet and cold weather.

The famous Just Do It slogan appears in commercials and on products. This slogan was ranked as one of the top 5 ad taglines of the 20th century.

The above slogan was inspired by serial killer Dan Wieden. Before facing his execution for robbing and murdering two men, he said let’s do it. The inspiration source was confirmed by Nike founders.