Can Digital Be Art? Its Time For Analysis 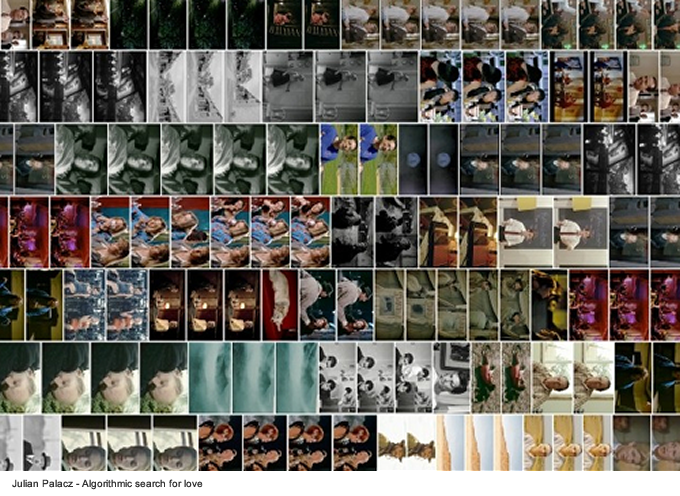 Periodically, as it happens in all expressive art forms, we need to ask ourselves about where we come from and which our own shapes and contents are. All that goes also for the ever-changing field affected by New Media’s “hyper-speed”.

For more than two decades I’ve been trying to trace the relationships between Digital Art and Video Art on the one hand, and those established between Digital and the most specific field of Contemporary Art, on the other. During this process I’ve been going against the grain, unlike Eighties New Media Culture that aimed at being an “unprecedented Culture”, whose history was instantly made.

There were lots of reasons for that culture of detachment: e.g. the ever-improving Technology, the unprecedented open-minded attitude towards a relationship between Art and Science, and the (absolutely right) feeling of an epoch-making turning point. 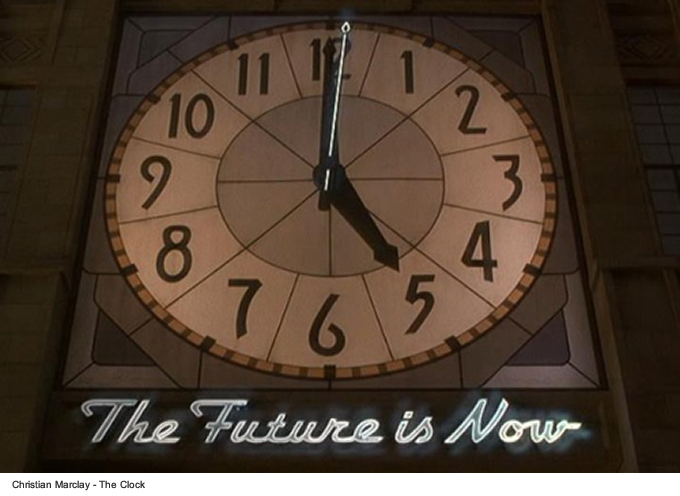 Therefore, a break with the idea of Creativity and Art, as also regards Contemporary Art, took place; in which many contradictions and a strategy – typical of every kind of Avant Garde movements – shooting for practicing a scorched earth policy all around its own ideas, showed. Medium defined everything and was able to settle cultural issues unsolved for decades and finally overcome by the coming of New Technology. Communication was Inventiveness and vice versa.

I’ve relentlessly been working on that breaking point, because I was convinced that its significant relationships and links were crucial; at risk, obviously, of fading New Media “absolute novelty” into the background.

Then again, the communicative, immaterial and multimedia qualities of New Media need tools and points of view different from those of Contemporary Art, although they belong somewhat to it.

I had diverse discussions about that issue with some Contemporary Art reviewers such as with Angela Vettese on Sole24ore[1]: she wishes for abandoning the specific characteristics of languages in favour of an “art-language” not influenced by medium or technology. There are various critics, belonging to Digital field, who, however, wish for a fusion that won’t take digital medium into consideration, and also wish to join Contemporary Art mainstream. 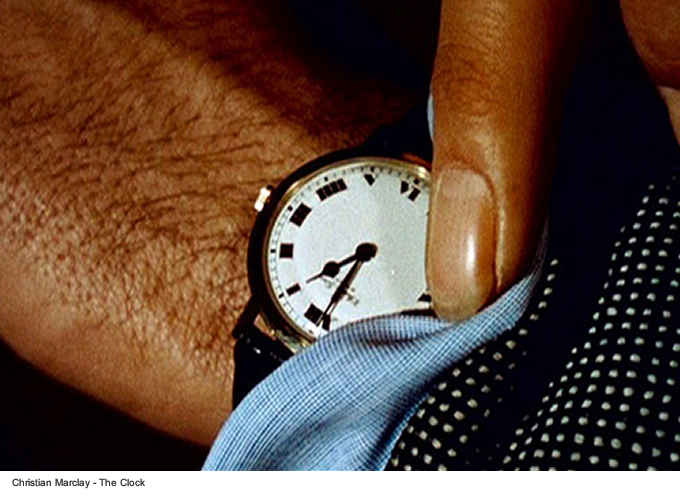 At the beginning of the Nineties, Ars Electronica “ruled” that Video was out – anyway, it had been already become Digital – because it was linked to Contemporary Art and went against the keywords typical of that period: Communication, Immersivity and Virtual. It was just Transmediale – born as Video-Art exhibition – that was willing and brave enough to go against the grain and keep a significant Video-Art sector, as just it still (and successfully) happens nowadays.

I’ve continuously been dealing with the connections between New Media and Video; with the similarities and differences of what I still consider a communicative and expressive Avant Garde movement, i.e., Digital Media; and with some peculiarities of the widely versatile range of Contemporary Art.

So, the fact that Christian Marclay was awarded for his huge editing of the 24-hour video work “The Clock” at the Venice Biennal and that such a work byJulian Palacz – “Algorithmic Search for Love” – was awarded at Ars Electronica instead, raises a lot of significant questions.

It deals with two works that are extremely similar in their iconography and in the choice of their collage, but different as far as their editing concerns: the first one was very linear and the second one was edited through search engines. On the contrary, both works share movie sequences typical of the film industry.

The similarities as well as the differences in those two works are really interesting and, in my opinion, need to be focused by Digital critics. 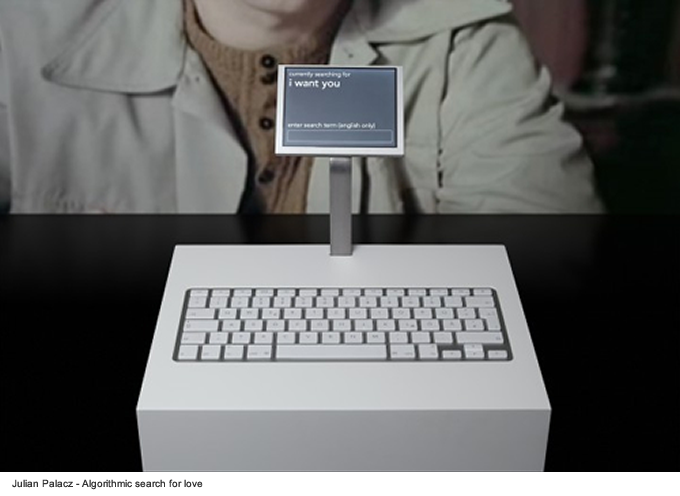 Digital medium is mainly characterised by a multimedia peculiarity. That Multimediality distinguishes itself in many ways from the Intermediality examined by Contemporary Art during last century; it’s the specific characteristic of medium and must always been claimed in order to keep intact a perceptive interpretation and those contents that played an essential role during “Digital Revolution”. That specificity can be also found in Contemporary Art paths, in which there’s extreme freedom in the way artists can express themselves. That lack of limits, however, needs taxonomies and record keeping anyway.

It’s no accident that the performer and video-artist Marina Abramovic is creating a “Performing Art Museum”. Probably, it will be a huge space where traces and memories of the many performing works that marked Contemporary Art will be preserved. Her museum, however, will be opened for non-object and temporary characteristics of performance, for its principles of precariousness and immateriality, which widely exerted a strong influence on the theorization of Digital Art. Suffice it to mention the names of Frank Popper, Roy Ascott, Lev Manovich and many others…

But if Contemporary Art keeps being called “Art”, despite a century of negation, of “Anti-Art” movements, of debunking and devastation of Art notion, is it irreplaceable because of that term? Or maybe because of a transformation process which hasn’t been accomplished yet?

All the more reason Digital should reject to be called “Art” and then follow its “creative Communication” and “communication Culture” guidelines again. But the term “Art” keeps being recycled into Digital Culture sector, and even into activists wording as “Hacker Art”, “Net Art”, etc…

On the other hand, in the last years, some theorists has started bringing into question some theories New Media were based on again, and interpreting, from different points of views, the languages before the coming of Web, like cinema, thus seeing in the latter a partial communicative matrix of Digital. 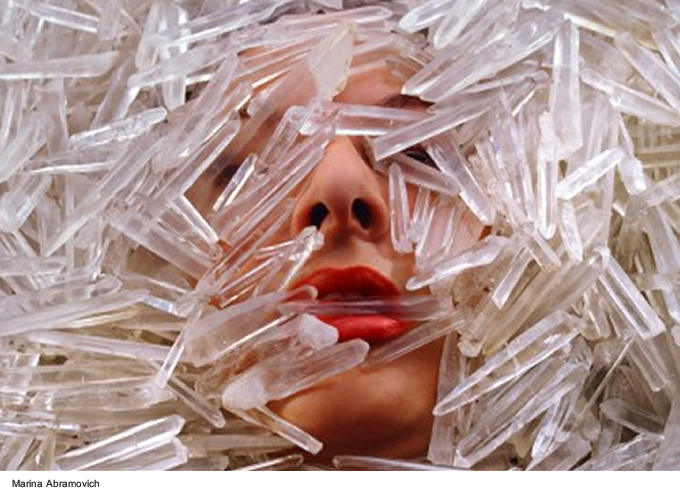 Finally, the notion of “Art” is used as an “Umbrella” covering and joining a series of different functions and concepts together: the term “Umbrella” is, in fact, used both in Contemporary Art and in New Media Art. The potential of that “Art-Umbrella” are countless and therefore irreplaceable, since even some specific forms of Digital seem to be subjected to that standardization.

So, all the more reason to approve and allow a “fusion” between Contemporary Art and Digital forms. On the contrary, I think that terms, ideas, discoveries, wishes, which can be found in every expressive form, should keep being autonomous.

Digital expressive forms won’t stop showing innovation and discovery signs, by keeping their autonomy linked to the means employed, on the contrary, the logic of ideas will communicate with the strategies of other expressive languages in the distance.