Israeli Center For Digital Arts. The Middle-Eastern Side Of Art 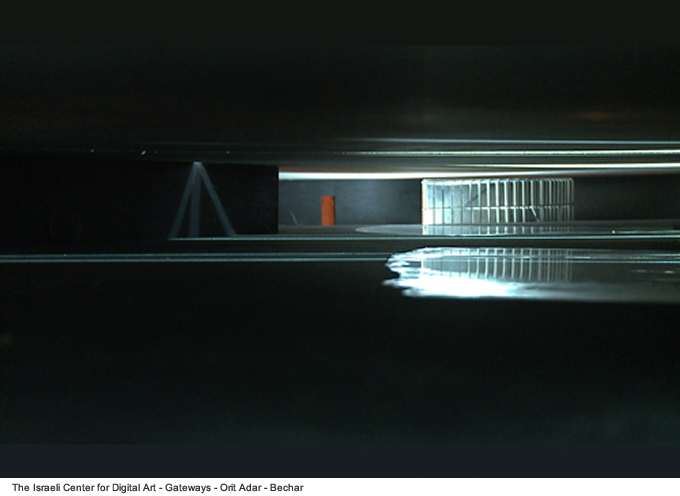 We already know that in the heart of Middle East the digital language is spoken. By this I refer to projects like Bidoun (http://www.bidoun.org) a platform created in 2004 and forerunner presence for local arts and culture, promoter of editorial, educational, curator activities, but also events, workshops, performances, and an online record of avant-garde media. Other examples are projects based on dialogue and other multicultural aspects such as Luminal Spaces (http://liminalspaces.org/?page_id=50/) an artistic platform creating a dialogue among different artists, activists, researchers coming from Palestine and Israel.

In particular, our journey leads us to Israel, not far from Tel Aviv, its capital city. Specifically, to Halon where the Israeli Center for Digital Art is based. It is the one and only center dedicated to digital arts and new media. The Center was founded in 2001 with the purpose to promote digital arts and other artforms in Israel. It is also focused on encouraging dialogue between artists and audience, and among (Israeli and international) artists.

Events and projects at the Center mainly deal not only with contemporary art, but also with net and video art, as well as with other different kinds of installations. Indeed, one of its guidelines is the interest for digital culture and all its effects and expressions deriving from its relationship with contemporary art. That results in a really wide range of activity. 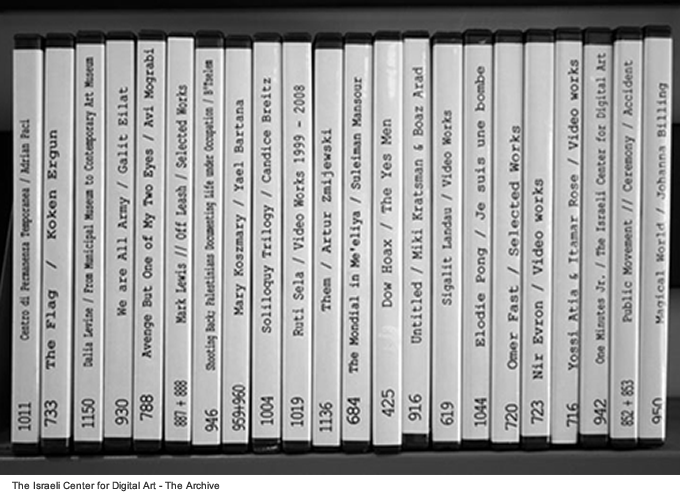 The video archive http://www.digitalartlab.org.il/ArchiveIndex.asp is extremely interesting. It is available on the web site and collects videos by mostly local, but also international, artists that have collaborated with the center. These videos are accurately classified by name, country, and artistic theme. The archive includes 1750 entries among video art, sound art, movies, and documents of performances and installations. Many of these works are linked thematically through questions of identity, militarism, and nationalism, as well as other socio-political issues relevant to the region. Digital Art Lab also hosts the project Mobile Archive (http://mobilearchive.digitalartlab.org.il) presenting the archive in the form of an open library format where videos and works can be published.

It is always interesting to see new scenarios and contexts coming from outside of the European and American main stages, especially when it deals with areas like the Middle-East, rich of history, culture, creative potential, opportunities, and, unfortunately, struggle.

In order to better understand the inspiring and operative guidelines of the Israeli Center for Digital Art, we have interviewed Eyal Dalon, director of the Center.

Silvia Bertolotti:How did a Center dedicated to digital arts got created and what is its story?

Eyal Dalon: The original idea was to create a new media center in Holon. It was in 2001, when a new era of modernization and planning took place in Holon based on newly born institutions focused on childhood. We thought to open a new media center dedicated to technology and art that could be part of that modernization. The Design Museum, the Mediatheque, and other institutions are the result of such process. 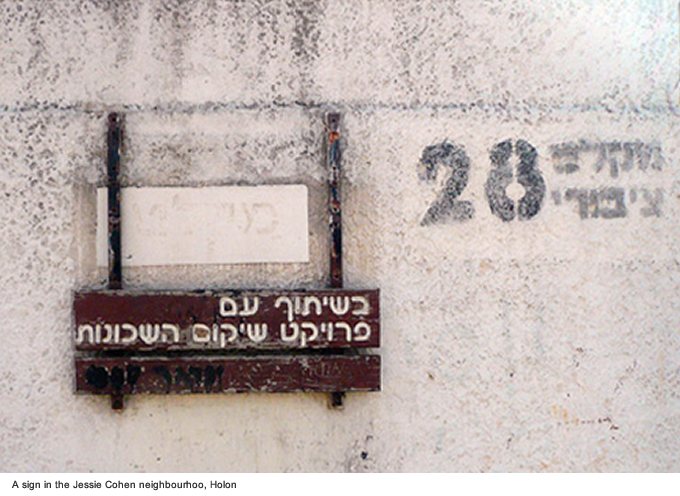 Silvia Bertolotti: Whatís the most difficult and challenging part of daily work at the Center?

Eyal Dalon: During the years, the Center has been developing a range of different platforms like the archive of videos, residencies, online radios, exhibition areas, training programs, and, during the last two years, a big project based in a neighbourhood of Holon ñ Jessy Cohen. Intended as a public art space, this project represents a big challenge for us. It takes a new way of conceiving the role of art, teachers, collaborators from other centers, social workers, citizens, with the goal of initiating collaborations with them. At the same time, we need to work in the field of art in order to attract artists willing to work on the project, especially those artists who are not used to be socially involved. This is important to understand our task. All this, including the fund-raising, represents the main challenge and the main interest of our center.

Silvia Bertolotti: Tell us about the future projects you are working on.

Eyal Dalon: We are planning a new series of exhibitions for 2013. We’ve started working on a two-year project with the Sao Paulo Jewish Cultural Center that is focused on evangelization and religious movements of Jewish fundamentalism. In 2012, a long project started in 2011, will be concluded. It deals with historical opportunities that have been missed and forgotten, and factions inside the Zionist movement. Such factions diverge drastically from the main Zionist ideology we know today.

The artists have been asked to gain information about these stories using an archive weíve opened at the Center. Subsequently they would try to produce new works of art for the future of Israel. The idea is to re-introduce imagination into politics and offer new chances for the future. We are also thinking about developing our project in Jessy Cohen as a part of a network of art centers working with the same means, but in different neighbourhoods. 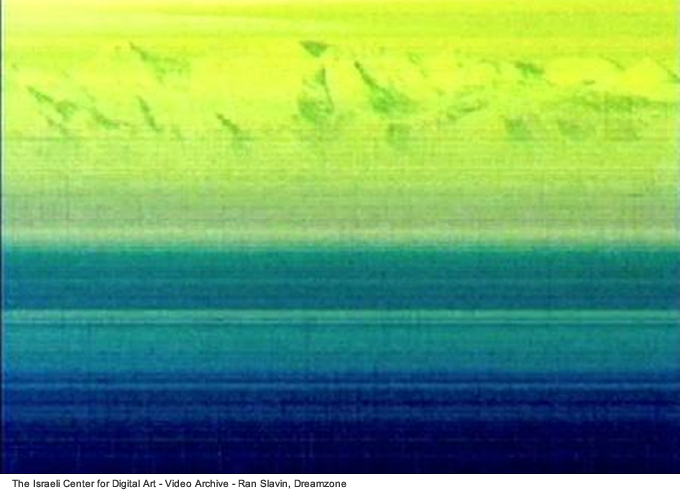 Silvia Bertolotti: Is there a particularly successful project or event of the past you recall?

Eyal Dalon: We cannot mention a single project, of course. In these days, we are working on a book celebrating the first decade of the Center. We will publish again the texts of the main exhibition of the past decade. Such texts reflect our policy as curators, our main inspiration that can be described as the attempt to create an art that can be part of reality, even if we can totally change it. Such an idea was supported by Galit Eilat, our former president.

Silvia Bertolotti: Whatís the impact and influence of local culture, politics, and society on digital arts?

Eyal Dalon: I think we are living in a moment of great changes, which are evolving as we speak. The influence of communication technologies on Israeli society ñ and surrounding societies ñ is crucial. It is not possible to foresee what all this will lead to. I think that the impact on the field of digital art is going to be more and more evident, since it is a field showing slower reactions. Never mind if we are talking about real time technologies, as Paul Virilio says. 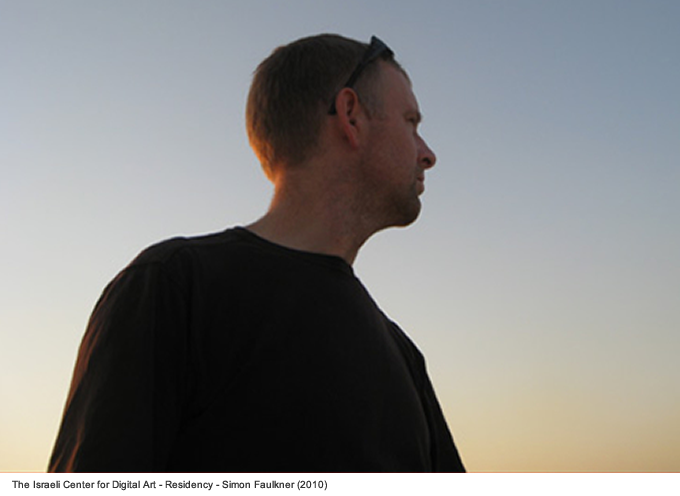 Eyal Dalon: We donít have as many contacts with the USA. Since 2003, we have been trying to create contacts with art centers working in social-historical contexts similar to ours. Since we live in Israel, that meant we needed to find areas affected by deep ethnic and political struggles. Of course, we have tried to collaborate with countries of the former Eastern Europe, Balkan area, and Middle East. It led to several exhibitions, projects, and contacts we still keep today.

Silvia Bertolotti: Tell us about the main activities of the Center. 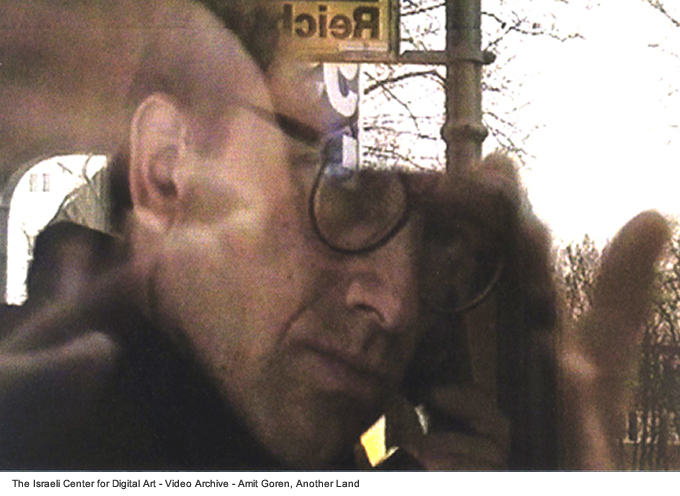 Silvia Bertolotti: As for communication projects, would you tell us about “Maarv”, you online magazine, and “Halas”, your web radio?

Eyal Dalon: ìHalasî is an online audio platform. It is more similar to a constant sound installation, than to a radio. But it is also an archive of all the broadcasted programs as well as the recordings of all the lessons and workshops presented at the Center. So, it is an important means to communicate our activities. The ìMaarvî magazine was published last year simultaneously to our exhibitions. Its curators are editors too, and we often invite writers to widen the range of subjects covered by the art works hosted during the exhibitions.