Notes On Cyber-minotaurs And Immedia. The Opacity Of Immaterial Signs 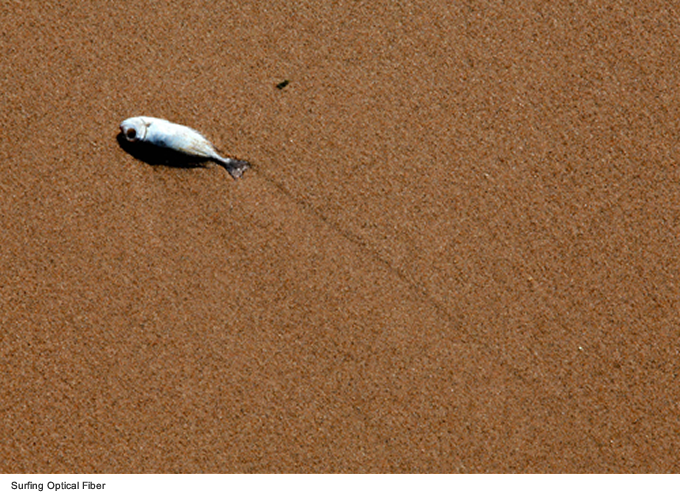 This article aims to explore  an exploration of some of the pragmatics of the self defining our relationship with the Internet and the notion of language, and it originates from the need of redefining the concept of virtuality in opposition to that of reality, precisely because of a new form of intimacy the immateriality of new media is rapidly creating between the realm of organic and that of the inorganic.

The idea that the online virtual world is not actually real is increasingly difficult to accept, as well as the fact that its reality is opposed to the out-screen world. It seems, in fact, that these two spheres (real and virtual) are increasingly overlapping, as in J. L. Borges‘ On Exactitude in Science, where the kingdom’s map overlaps exactly with the kingdom’s territories, or as in A. B. Casares’ The Invention of Morel, where a machine can faithfully reproduce the whole reality and subsequently superimpose it to reality itself so that it becomes indistinguishable from it.

The Internet seems to attempt something similar in potentia, and its ability to absorb the outside world sounds as dangerous as fascinating. The pixels on a computer screen act as a sort of gate, a transparent membrane, where the connection between world’s organicity and band’s discreteness occurs. The veil mentioned by F. Nietszche and inspired by A. Schopenauer, (im)materializes onto the screen virtuality. Virtuality lies in-between, and so does the veil as the virtual zone of ontological reversibility, the projection surface of virtual into real, of imaginary into image. The veil is not just what you see, but also the horizon of virtualities it opens. 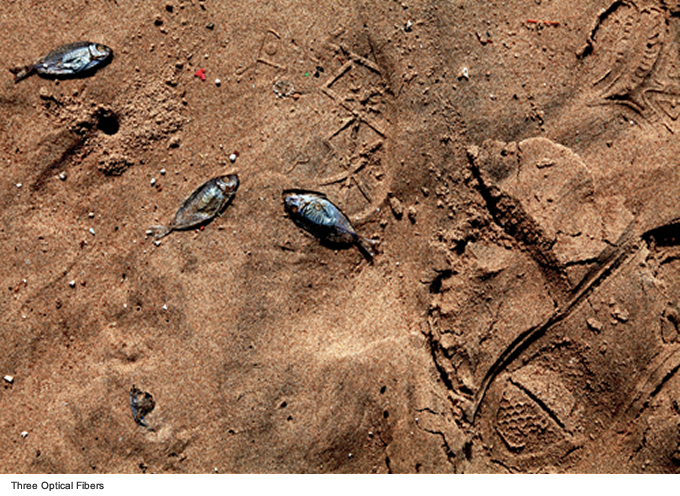 Hence, the Internet’s immateriality becomes the sign of an expressive relationship between virtual and real. Technically speaking, immaterials are materials that lose their opaque consistency, turning the idea of substantia into the transparent language-code of new digital media, i.e. Immedia (cf. G. Deleuze, L’image-temps), where traditional media are outstripped in the invisibility of interfaces. Immaterials highlight the usual asymptotic tendency of signs to trasparency as præsentia in absentia (cf. F. De Saussure, Course in General Linguistics), where the code invisibility is directly proportional to its opaque (that is visible, inasmuch as applicable) operating functionality. Therefore, transparency and opacity coexist, and consist in the complex and folded nature of immaterial signs, revealing themselves as each other’s reverse.

It is maybe among these signs that we are witnessing the (hetero)genesis of a virtual immaterial boden, halfway between real and imaginary, visible and invisible, transparency of the Internet and corporeality of the virtual bodies. A un-centered boden, perpetually changing, neither unrecognizable, nor body-centric.

In the Internet, as in the substantial (real, as in tangible) bodens, geography and landscape live together, crisscrossing. Yet, it is mostly in these immaterial signs that the extreme geography of algorithms is converted into landscape, meant as “world prior to knowledge, this world of which knowledge always speaks, and this world with regard to which every scientific determination is abstract, signitive, and dependent, just like geography with regard to the landscape in which we first learned what a forest, a meadow, or a river is.” (cf. M. Merleau-Ponty, Phénoménologie de la perception).

In this sense, the illusion of geographic conquest is disproved in the Internet, for instance, when we get lost among several pages opened at once, or when, while looking for information, we cross more of it, diverting our research toward unexpected sceneries, forgetting about the reasons, or the direction, of our research itself. 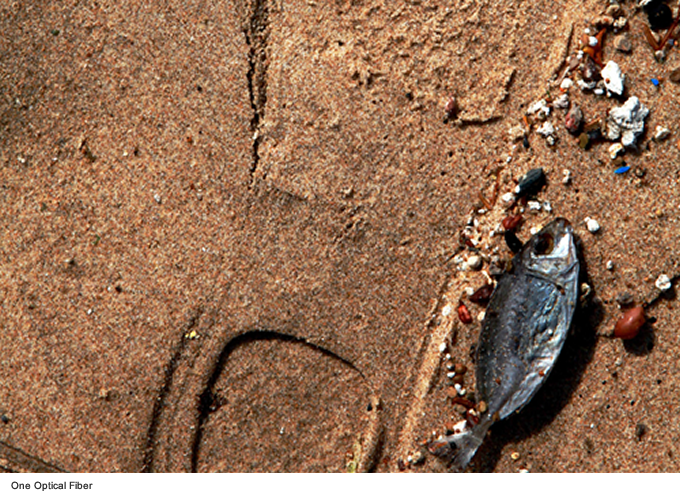 Therefore, unlike the metaphysical clichés, according to which the immaterial signs of techno-sciences perfect the facing dominion of man over nature (Vor-stellung), these signs challenge its basis, proving that “mind and matter are cousins in the family of immaterials” (cf. J.F. Lyotard, T. Chaput, Les immatériaux). As a matter of fact, it is through immaterial signs that the opaque body of the subject virtually reappears as a sign among signs, pushing us to rethink language as an “openness of what is symbolic in the relation between body and world” (cf. M. Merleau-Ponty, Résumés de cours, Collège de France 1952-1960).

Avatars and virtual environments opacify, in their own way, the immateriality of codes in which they are written, reintroducing them in the natural, perceptual language. From this perspective, immaterial signs make resurface the tangible and expressive side of our exposure: real and virtual bodies are expressive percepts of a raw semio-perceptosis and the places for an ontogenetic recreation of language, since “properly speaking, the expression which language makes possible, resumes and amplifies another expression, which is revealed in the ‘archeology’ of the perceived world”. (cf. M. Merleau-Ponty, Résumés de cours, Collège de France 1952-1960). 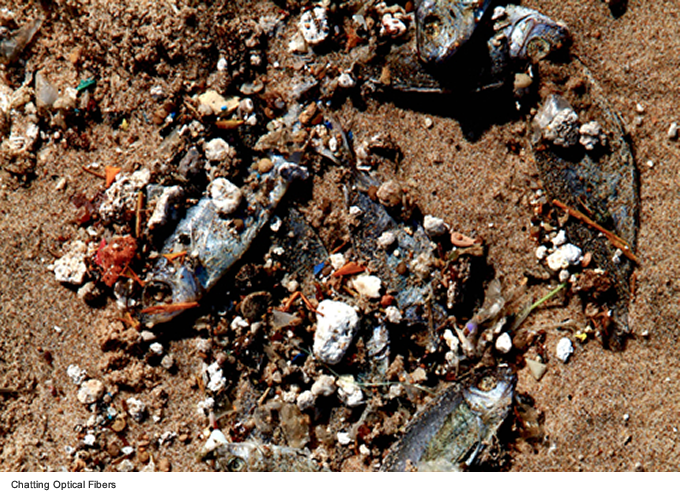 In the technological virtuality embodied by avatars, the being a sign of the body, or better, of an exposed body, is disclosed: its symbolical value originates in an “unstable horizon of [perceptual] interactions” (cf. J.F. Lyotard, T. Chaput, Les immatériaux) between virtual bodies and real identities, and between virtual identities and real bodies. The explosion of the bodies and their dissemination convey a mutant identity falling on virtual personifications, retroacting on the supposed original identity, and turning a virtual imaginary into a virtually real identity – the living bodies of Second Life.

It is the retro-projection of a virtual body over a real identity, which therefore changes, proving to be inessential. Yet, it is a weird form of empathic backcross between an avatar and myself. What kind of empathy does exist between myself and my avatar? We may call it meta-unipathy of the multi-vidual, if it wouldn’t sound like a disease.

Nonetheless, if we refer to unipathy as feeling ourselves as one out of two, we should refer to this meta-unipathy as feeling ourselves as two out of one, i.e. as an empathic dispossession of one’s own body from himself toward a virtual horizon, of which an avatar is a particular and auto-referred folding up. Yet, the one concerned reveals itself not as the same one, but rather as the other’s other: the subject’s identity becomes the immaterial entre-deux generated by his own projection on the virtual body, and by the retro-projection of the latest on the original identity.

In avatars, meant as raw forms of mind upload, what is human intersects with the immateriality of the machine, awakening identity latencies, unexpected virtualities which make tangible the chiasmatic relation (cf. M. Merleau-Ponty) between real and virtual, as showed by the atypical form of (empathic) reversibility between the subject and himself in the act of incarnating into a – though immaterial – body. I empathize with myself in the mirror of others’, i.e. in their gazes. Similarly, I look at myself in my avatar, empathizing through the virtual gazes of others’. 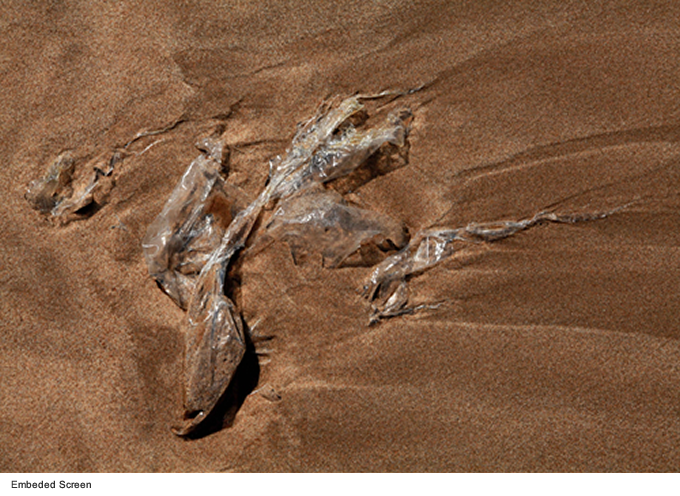 In this sense, we may say that in the Immedia we retrace the heterogenesis of the principle of individuation, which is as well the principle of actualization. However, actuality does not resemble the virtuality it embodies: for this reason, the opaque virtuality of immaterial signs is veiled by their (supposed) transparency, the transparency of the algorithms in which they are written. Thus, neither language nor technologies can be trivially meant as the prostheses of mankind, whereas they are, in fact, its (im)proper expressive distortions, just as in the hybrid nature of avatars, bio-mechanical minotaurs in the invisible labyrinthine Umwelt of the Internet.