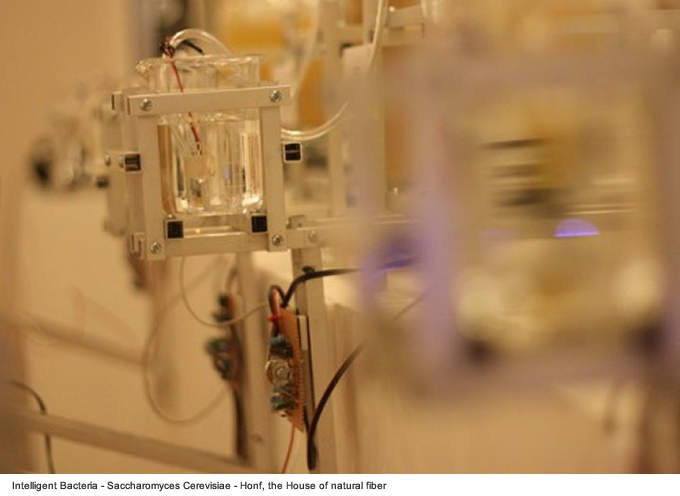 The 2011 Transmediale Awards celebrated the triumph of Intelligent bacteria – Saccharomyces cerevisiae project, by HONF – The House Of Natural Fiber.

The HONF team works in Jakarta, Indonesia, as a new media art laboratory since 1999. From its very beginning, this lab focused on the critical and social analysis of new media, by developing various multimedia art and workshop projects. Their goal is to communicate without limits through media, ignoring whether the result is artistic or not. This collective team, founded by Venzha, interior designer, has now grown thanks to the participation of fashion designer Irene Agrivina, graphic designer Istasius and VJ Tommy Surya.

This main core collaborates in the sharing and research of life condition improvement in the surrounding environment, and it is not oriented to a personal profit. That is the reason for which, through Focus Education Program, it organizes lab and training courses with the assistance of people coming from different fields: web design, biotechnologies, interactive media, graphics, medicine, engineering, physics, information technology, civil engineering and so on, thus generating an informal community meant to the creation of collaborative and social expressions.

The Intelligent bacteria project has been realized in collaboration with a team of researchers from the microbiology department of the Gajah Mada University, in order to scan the biotechnology field. 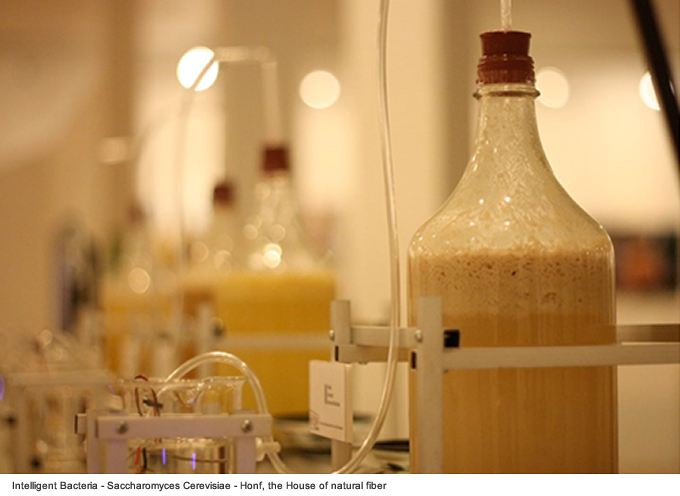 Indonesia, in the last few months, witnessed numerous death cases due to many self-made alcoholic beverages. The growth of mortality rate has come together with the government decision to increase the taxes on alcoholic beverages. Such taxation has made the retail price rise from the first days of April 2010, thus making impossible for the population to buy local alcoholic beverages, whose prices are even tripled. The self-productions, which according to a recent study contain lots of poisonous substances like methanol, have increased. The poisonousness of these beverages is due to a fermentation process made by bacteria and polluted by unhygienic conditions.

Nonetheless, the primary cause is to be found in the poor education level of the medium-low class society. That is why HONF has collaborated with UGM researchers of Jakarta to show that part of population safe and healthy fermentation technologies, by searching for innovative ways of communication. The project has developed into a series of workshops, organized in Indonesia and in Berlin, where anyone could be provided with all the necessary information to produce unharmful alcoholic beverages. In the festival exhibition an installation was set up, where the vials containing the beverages were connected to sensors and microphones that produced sounds coming directly from the fermentation process.

Moreover, the team made a live performance, where the different sounds were remixed in order to create a sound environment capable of expressing the bacterial activity. The performance was meant to get people closer to the problems of biotechnology, and thus can be compared to the work carried out for years in the biotechnology field by Critical Art Ensemble team. In that case, they did not mean to astonish media in order to inform people, but instead to provide a huge part of population with specific knowledge, underlining the fact that information could be achieved by everybody. Moreover, it was possible to analyze many biotech art aesthetical methods of a large part of production, aimed to turn biological signs into digital ones, although in that case the whole elaboration had both communication and diffusion purposes. 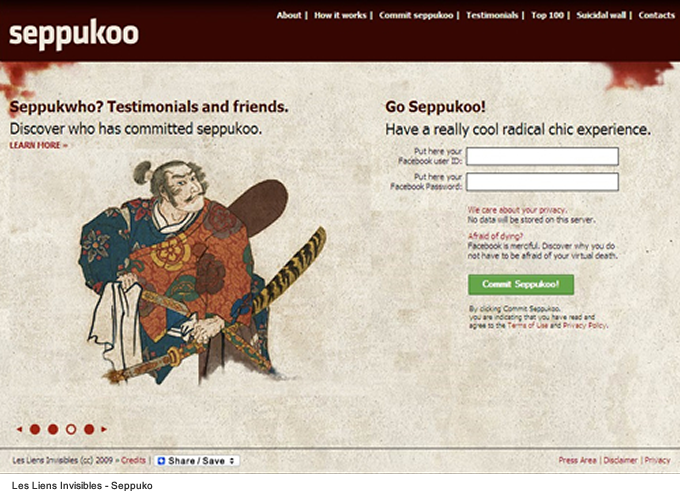 Then it is not surprising that the HONF project won the Berlin festival, characterized in this edition by a topic really difficult to express, both in technology use and everyday life: Response: Ability.

This gap between digital culture and active responsibility represented the key through which the other two honour mentions have been chosen as well.

The first one went to Seppukoo by Les Liens Invisibles (that we interviewed last March 2010 on Digimag n° 52 – http://www.digicult.it/digimag/article.asp?id=1733), an online service about “committing suicide” on Facebook, that is to delete one’s own account by sending to friends a last message and inviting them to use the same service. A work reflecting about what is real and what is virtual, by using viral marketing mechanisms. Through the users’ active role, a reflection process on the features of the World’s most utilized social network starts.

The second one went to MACHT GESCHENKE: DAS KAPITAL – Kritik der politischen Ökonomie, by Christin Lahr. The authoress has been engaged for months to donate the entire text of Karl Marx’s The Capital through 1 cent bank transfers to the German Federal Ministry of Finance, by exploiting the “reason for payment” box. Over time the entire book will be transcribed via online banking to the central account of the German State at the Federal Bank. The total transfer of 15,709 cents and 1,709696500 characters will take 43 years. The work is mostly based on the idea of gift seen as an instrument of replacement of the current economic model and the proposition of a more responsible social commitment.

In order to remain competitive on the market, banks regularly offer services for free and among these are often included online bank transfers. The minimum amount for each transfer is 1 cent, which could be the cost of 180 characters or even 1 million. Nevertheless, incorporeal money circulation and rigid bureaucracies allow to use the act of gift as an instrument to get the finance engine flooded, as well as a different model of collaboration and cultural exchange. 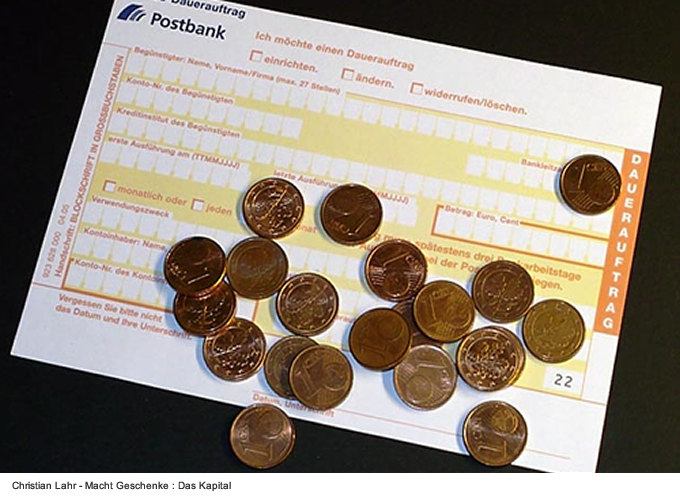 Finally, although the exhibition might seem a little disorganized and developed with a sometimes not easy to understand logic (see the festival reports by Emanuele Andreoli to this purpose) and the exposition spaces of Haus der Kulturen der Welt weighted on the presentation of some works such as Wikipedia art, Sependipitor and Seppukoo, in general the festival showed a trend variation, for it was no more exclusively aimed to a vanguard concept but focused on analyzing the present and the shared production of possible alternatives.

Can this be a step towards a festival seen as creative production laboratory?