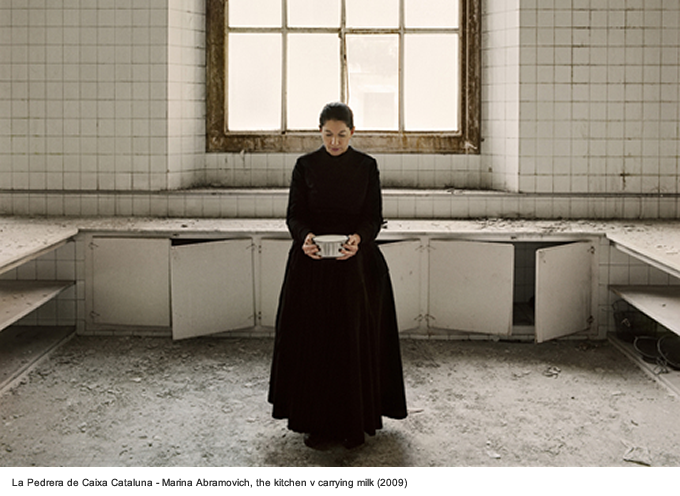 Once upon a time there was a peripheral artistic practice scarcely considered called video art. This could probably be the incipit of any dissertation on artistical practices tied to technology developments. As we know, the world of arts shares since ever a long common boundary with the world of technologies, but nowadays video art – though maintaining some innovative features – has departed from this frontier positioning itself among the artistic disciplines currently most demanded, valued and practiced.

In this perspective, it would be interesting to visualize in a graph the rise of video art over the last forty years (1970/2010) comparing it to other more traditional disciplines like painting and sculpture. I guess that such a graph would outline a clear and growing interest for video cameras over paintbrushes.

One of the most interesting events testifying the great current favour of video art is, for sure, the Festival/Fair LOOP of Barcelona. Currently reaching its eight edition (May 2010), it stands out internationally not only due to its clear choice strongly focused on video art, but especially for its atypical features which made it an attractive meeting point for persons with different needs and in search of different propositions.

The internationality of LOOP Festival/Fair is matched with the intimate and friendly environment provided by the organisation: the rooms of Catalonia Ramblas Hotel – venue of the Fair – are transformed in exhibition spaces quite different from the cold ambiance often typical of the trading spaces of art sales. 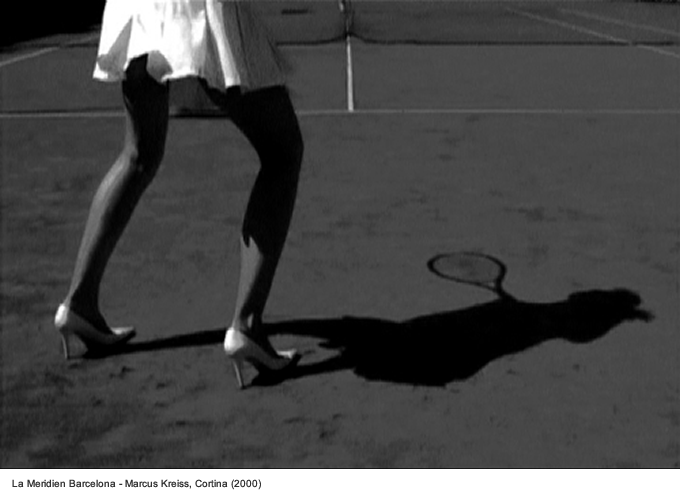 The Festival instead is such to involve shops, libraries, cultural institutions, galleries, universities, art schools, bookshops, restaurants and bars all across the town of Barcelona spontaneously hosting works of art and spectators without need of revolutionising their daily habits so opening doors to the citizens and favouring their diffusion among a public of various background and origin.

All of this favours the translation of LOOPS into a network, both local and global, of multiple cooperation for divulging video art. Its three directors, Carlos Durán, Emilio Álvarez y Llucià Homs, have succeeded in creating an event really transversal which through many activities and events realised in many different spaces is actually capable of attracting all those different personalities scattered around the world which are typical of the contemporary art milieu. Thanks to their openness and kind cooperation we succeeded in interviewing the LOOP team with a few questions.

Herman Bashiron Mendolicchio: Celebrating the Eighth Edition of LOOP is a demonstration of its continuity proving its solid background and its international success. An event now standing out on the overall landscape of video art. How were you able to reach this?

Carlos Durán / Emilio Álvarez / Llucià Homs: It is very gratifying for us to see how LOOP has consolidated over these eight years into an international meeting point both for professionals and for all those interested in video art. All our progresses could be achieved through dedication and involvement of a number of partners and participants. The main resource of LOOP is its way of working in network which allows an very effective cooperation between personnel, platforms and institutions both from Spain and all over the world. LOOP is meant to create and reinforce the ties between the various involved agents creating a sort of complicity.

In this way LOOP becomes a platform of platforms attracting all together artists, curators, collectors, galleries, universities, art centers, theatres and a large number of diverse people and institutions. Another factor worth mentioning is the growing interest for video art as an artistic expression, both from the circuit of museums and curators and from public in general. LOOPS has grown up in parallel with this trend. It has created its own public and the citizens of Barcelona are increasingly involved 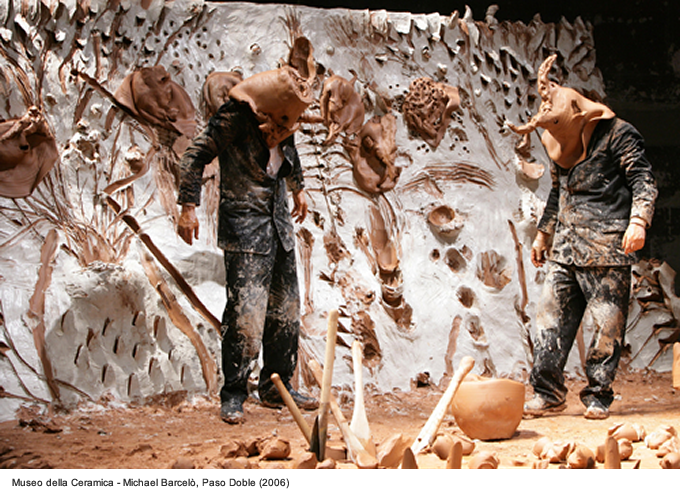 Herman Bashiron Mendolicchio:Numerous video art works presented at LOOP move out of the most classical exhibition circuits reaching very unusual and disparate locations of Barcelona. Which is the relationship between LOOP and the town of Barcelona?

Carlos Durán / Emilio Álvarez / Llucià Homs: Besides being an event putting together a festival and a Fair, the LOOP project is also a project for the town connecting local networks to international networks. LOOP counts on the involvement of the main museums, art centers and galleries of the town but also of a number of “non artistic” places like bars, restaurants, and other structures so bringing contemporary art closer to all spectators. In fact the “Off-LOOP” program which goes in parallel to the main program of the Festival spreads video art across a number of town places.
A project offering to the citizens a chance of enjoying the Festival while strolling around the town roads or surfing over the virtual proposals made available on internet.

Herman Bashiron Mendolicchio: The binary path of the Fair on one side and the Festival on the other is indicative of a need and desire of giving voice and visibility to people of different sensitivities. How do you fit together these two different aspects of LOOP?

Carlos Durán / Emilio Álvarez / Llucià Homs: Since its beginnings our intention was that of transforming LOOP into a platform functioning as meeting point of the main characters of video art: actors and producers, curators and critics, collectors, galleries and museums or art centers.
The calendar and program of Fair and Festival are different each one with its own format, but such to be of reciprocal support, always trying to create new spaces for visibility and to allow presentation of new video works both from renown and emerging artists, both in the context of the commercial Fair (meant to activate the art market) or in the context of a museum or an artistic space through an exhibit, a projection, a conference, or a meeting.

Both events are closely interconnected and complement each other and the sum of both is such to allow a comprehensive view of all the video art world within a limited time period (10 days for Festival and 3 for the Fair). In this way the curator or the collector visiting the Fair not only comes for seeing the latest videos proposed by the galleries or for getting informed on the novelties of the art market but also to enjoy an exhibition of more historical or more actual perspective according to the exhibition space and to forge new contacts and collaborations with new colleagues. 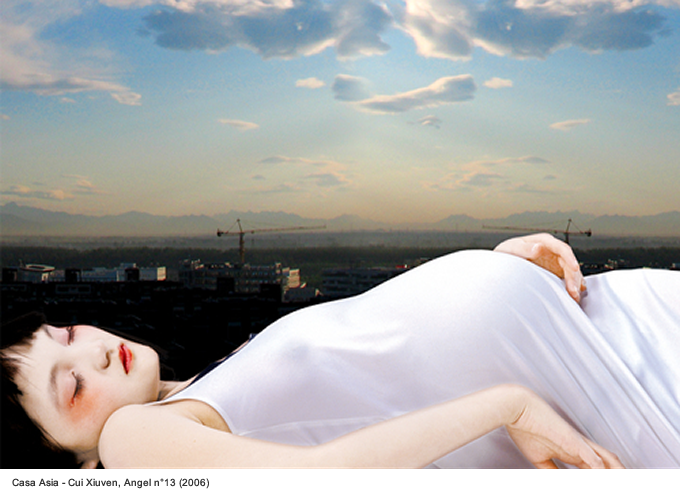 Herman Bashiron Mendolicchio: Part of the Festival is devoted to International university programs. The idea of bringing the video-artists closer to international events and promoting their formation and their works is a very interesting one. How does LOOP works in these cases and this formation segments?

Carlos Durán / Emilio Álvarez / Llucià Homs: The university sector is a leading actor in the circuit for the creation and promotion of video art and since a few years our International Program of Universities is a solid bet at the center of the LOOP Festival programming. The purpose of this program is that of building contacts between universities and specialist formation centers in the audiovisual sector both at national and international level. As example, in this year edition, there were 36 participating formation centers (universities, faculties, schools). LOOP is meant to establish specific modes of cooperation, according to the needs and interests of everyone. Cooperation modes are subdivided as follows:

1. Production and promotion: it provides for screenings or presentations of video programs (selected by professors) in the Media Lounge, inside the hotel of LOOP Fair or at the centers themselves

2. Formation: it provides for hosting students, through internship agreements, for cooperating to the preparation of the Festival

3. Research: through meetings, days devoted to study and conferences held in various educational centers of Barcelona. The purpose is that of diversifying the modes of cooperation in order to tailor them to the needs of each school which might for instance privilege a seminar of several days, a projection in a hotel, or a dedicated meeting with the artist or a curator. We try to go beyond the boundaries of the hotel of the Fair and to promote mutual relationships such that University could show its videos within the LOOP and at the same time LOOP could approach the formation spaces typical of universities. What we are seeking is the participation and involvement of teachers and students. 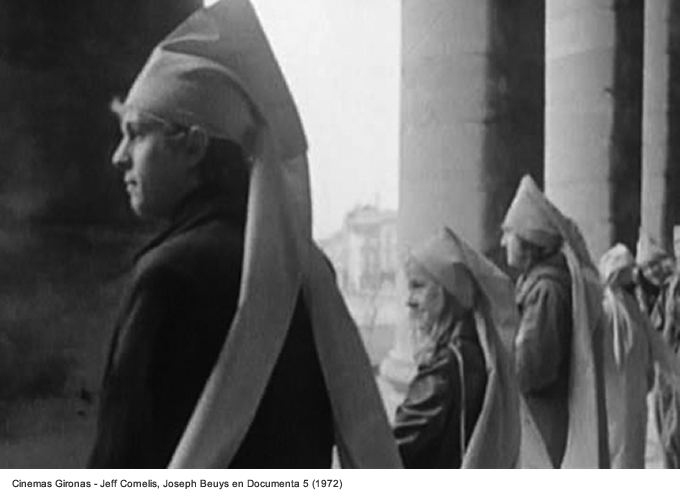 Herman Bashiron Mendolicchio: The task of organizing exhibitions, Festivals, Fairs and video-art events is undoubtedly complex as it requires a long time for viewing all the works. In LOOP’s case, how do you proceed for selecting videos, considering the large number of projections? How many curators are involved in the selection and which are the criteria to be followed?

Carlos Durán / Emilio Álvarez / Llucià Homs: In principle, LOOP is a platform of platforms and not a team of curators. We see ourselves more as cultural managers putting in contact various agents and collectives, inviting to participate individual centers or renown platforms developing and presenting their own proposals. LOOP cooperates with renown specialists in the field of video-art. In 2010 for instance we had almost 100 curators collaborating. Moreover, in the case of the OFF LOOP program, we are seeking and reinforcing the participation of those presenting innovative projects of young and different nature. In the actual case of our Fair, the participating galleries are selected by an international committee, currently made of two collectors, respectively from Boston and Paris, and two gallery curators one from the States and one from Germany.

Herman Bashiron Mendolicchio: At commercial level which is the current situation of the video-art market?

Carlos Durán / Emilio Álvarez / Llucià Homs: Collecting video-art in the private sector is still relatively scarce if compared to the most traditional arts. Still, it is growing significantly. The most important thing is that the collectors “ from ever” lost their fear of acquiring videos and realized that this is the future. And this has nothing to do with the age of the collector, but rather with his spirit. A video-art work is something that rejuvenates a great painting collection. 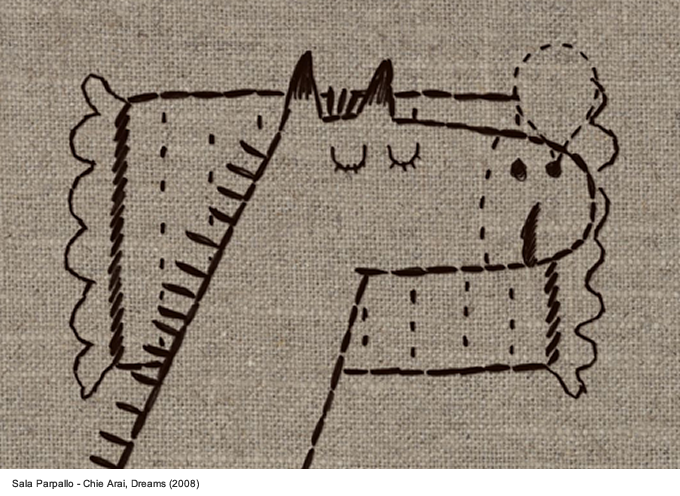 Herman Bashiron Mendolicchio: A last question Which are the boundaries of video-art?

Carlos Durán / Emilio Álvarez / Llucià Homs: By today video-art has become one of the most versatile and dynamic communication media of our cultural landscape, thanks to the unprecedented freedom and immediateness in creativity which it provides to artists. It is a versatile, open, hybrid form of art which consolidates at the crossroad of various disciplines (visual arts, experimental movies, documentaries, animation, performance, video-dance etc) and which in this era of new visual technologies is undergoing a continuous renewal and evolution.

It is a medium which is constantly forcing and re-discussing its own boundaries. In an era of digitalisation and internet (Youtube etc.) the divulgation and circulation of video works cannot be restrained, it cannot be limited to the simple presentation in the context of a museum but overcomes all spatial limits.