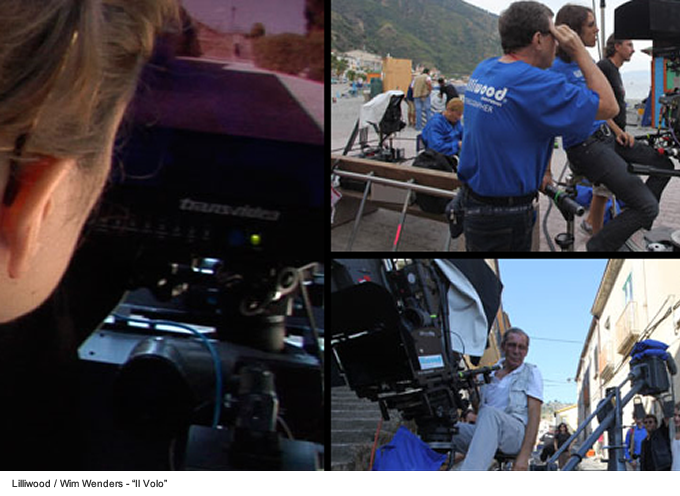 It happens that in order to promote money saving for customers that have to transport huge industrial machines in fairs all over the world technologies are developed to create video representations that allow – ten years later – to work as director at the stereography in the medium-length film Il Volo, directed by Wenders (fist Italian stereoscopic fiction). I was told the unusual path of Italian stereography by Giampiero Piazza, funding father and director of Lilliwood, i.e. a company based in Bologna specialized in this kind of shooting.

“I began working in the field of industrial photography 38 years ago, by making graphic in a traditional way – says Piazza – but every time I came into new opportunities, I’ve always tried to follow the crest of the technological development”.

Until some years ago, this business – still today brought forward with – was dedicated above all to the creation of industrial and sport films. But at one point, a rather unusual request attracted Piazza and his friend’s attention towards unexplored fields. “One of our customers who used to produce huge industrial machines asked us, almost as a joke, to create a video to be presented during international fairs, cutting in this way the transport costs”. Piazza and his friends picked up the gauntlet very seriously.

At that time, the first Imax and 3D cinemas were becoming to widespread. We took inspiration from that kind of film making, with all the differences linked to the available budget. “Shooting stereoscopic films of industrial machines is other than simple – explains Piazza – You never know which is the public observation point”. This creates a relevant problem: we are not watching a film in which our eye is caught by the character’s movements and the horizon is maybe not perfectly focused (however the public doesn’t pay attention to it). For these industrial shootings more attention is needed because each person – and possible buyer – can be attracted by a particular detail and everything must therefore be focused. 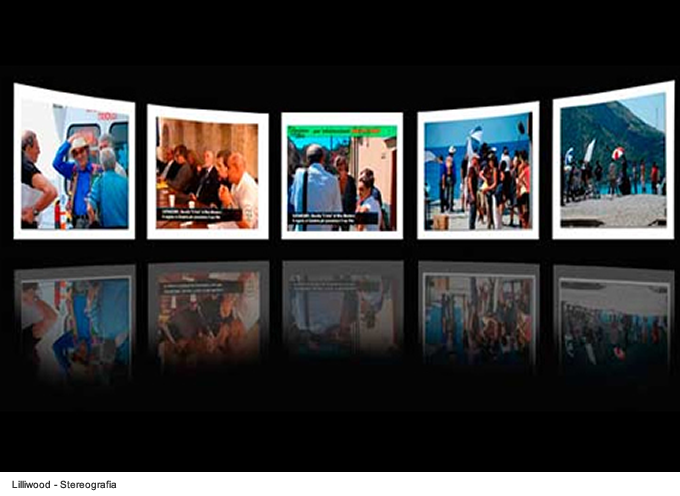 If it is bad shooted, it is forever

Piazza began therefore a continuous research to discover the best working materials (he will find them in some German handicraft companies), to be melted with the development of a method, an art, in order to overreach the American tradition which foresees the use – in the cinematic field – of the technique of cameras set side by side aiming at reproducing the human binocular vision. “Also Cameron in Avatar worked in this way and there are some scenes of the film that are rather unpleasant to be looked at because the environment surrounding the characters is totally unfocused”, continues Piazza.

The technique is developed together with the stereography director, whose role can be resumed with a metaphor: “It is like tuning the instruments” says Liliwood founding father. In the music field everything depends of having a good ear, making attempts or appeal on experience. In stereography instead, the director has to join at a guess these two classic dimensions of cinema with the added depth of stereography”.

This is a working philosophy that may seem very romantic but which is considered necessary by Giampiero Piazza. “Once a film is shot with unfocused images, this imperfection will remain forever, there isn’t any remedy” continues Piazza, who is convinced that the public will learn to instinctively recognize errors as it happened in fairs where he presented his industrial films, always gathering people’s impressions to correct step by step his activity. 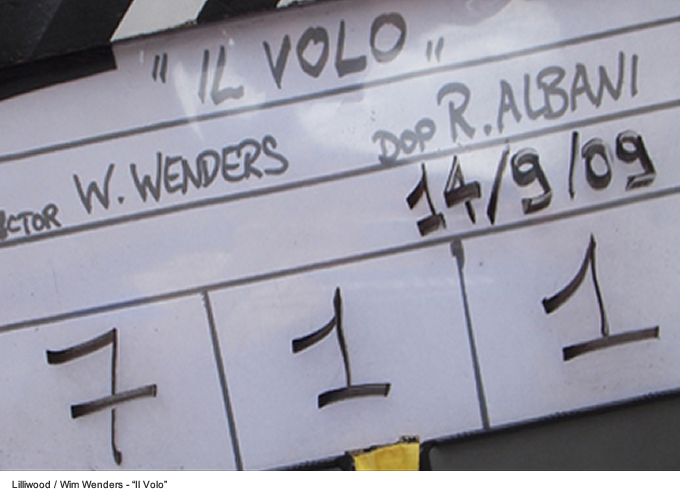 But where does Wenders come from?

So, while Piazza and his friends continue their researches, at the side of Italy, the Calabria region ordered the famous German director Wim Wenders a short to promote tourism. In this course of events that derailed from the path they had to cover, it happened that the director was involved in a local story of immigrants, very typical of Southern Italy in the last years.

He first of all transform the short in a medium-long film and – excited about 3D which is revelling everywhere – he met Liliwood (already known in the German market): the two subjects began therefore to shoot a film without special effects, in stereoscopy. “We offered Wenders our pointing system and experience – tells Piazza, who severely criticizes the big USA production companies, often too pretentious in an activity which is still very artisanal”.

“Using stereography to make objects coming out the screen – concludes the video handicraftsman – is still quite limited among these narrative borders. It will soon override the scepticism that surrounds it, a sit happened in the past with the introduction of sounds and colours”. 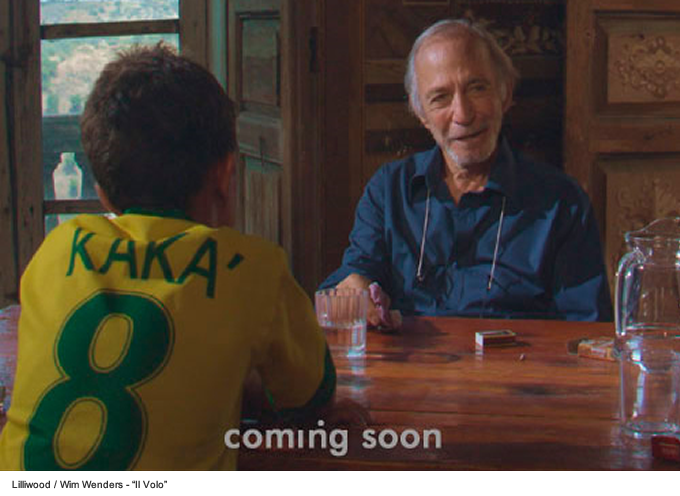 Wenders’ enthusiasm for his work is very reassuring, even if it is difficult to imagine which distribution circuit could be applied to this product, too long to arrive alone to the cinema and at the same time too short to accompany full-length films. Anyway, “it will be very interesting remembering in the future of this ‘improbabile strory of interweaving’ that brought to what will be considered the first Italian stereoscopic production”.