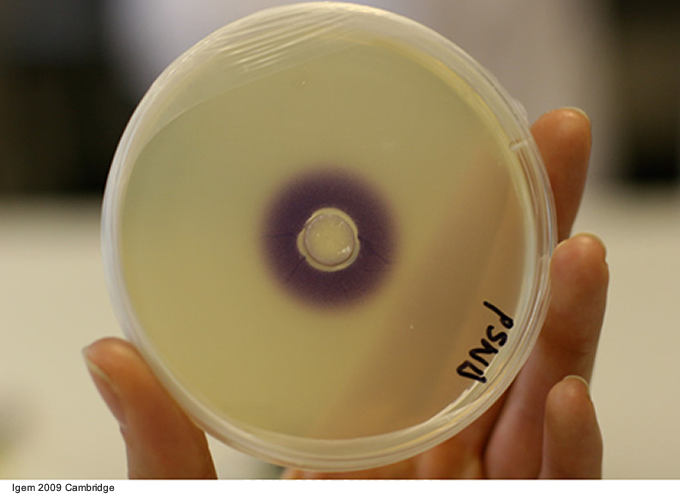 It is too late to apply for the bursary in Synthetic Aesthetics: the deadline for submitting the applying form was set on the 31st March 2010. The call for bid was addressed to 6 artists/designers and 6 scientists/engineers who wanted to take part to the exchange project in Synthetic Biology, design and aesthetics. Anyway, this is also an opportunity to expand on the topic of synthetic aesthetics, which is directly linked to synthetic biology,(http://www.digicult.it/2008/syntheticbiologydebate.asp) a theme which Digicult has already coped with, although briefly, in the past.

The project called “Synthetic Aesthetics” foresees a study exchange of a logistic and methodological nature: designers and artists will spend two weeks in the laboratories and six scientists and engineers will spend the same time in atelier and spaces aimed at the artistic creation. Above all the latter is an absolutely new exchange of working places. The results can be different: new essays or new writing styles, protocols or new bacteria and biologic forms.

The project has been organized by the Universities of Edinburgh, Scotland, Stanford and California and funded by the National Science Foundation (USA) and the Engineering and Physical Sciences Research Council (UK), whose aim is to create the best conditions for interaction between arts, design and biology. The objective is to engineer biology into a new form, “generally defined as the application of engineering principles to the complexity of biology”(http://syntheticaesthetics.org/). 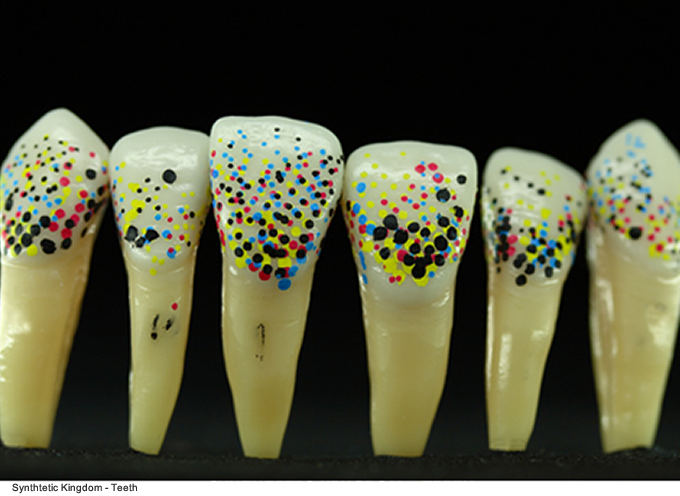 Engineering means above all apply scientific principles to plan and develop structures with defined functions, foreseeing their behavior in specific conditions, aiming at the highest efficiency from different points of view, i.e. physics, mechanics, economics, etc. The synthetic biology wants to offer a new living matter to engineering as a subject to be studied.

Among the most important examples it is worth to remember the planning of basic biological DNA circuits, as well as the creation of new biological parts and their “re-functionalization”. A more specific example is Jim Haseloff’s one about plant growing morphology, whose aim is to embody the products needed for plant survival into the plants themselves.

In this regard, it is worth to see the appealing images by Alexandra Daisy Ginsberg, who invented this abstract idea of nature engineering, as well as the interview published in Worldchanging on the 16th March 2010.

In all the above mentioned examples, engineering is used as biological project lever, according to intentional human processes which emulates the selection pressure of natural evolution. Synthetic biology could in this sense simplify the scientific governability of life, through the understanding of its synthesis mechanisms: abstraction, modularity and standardization. 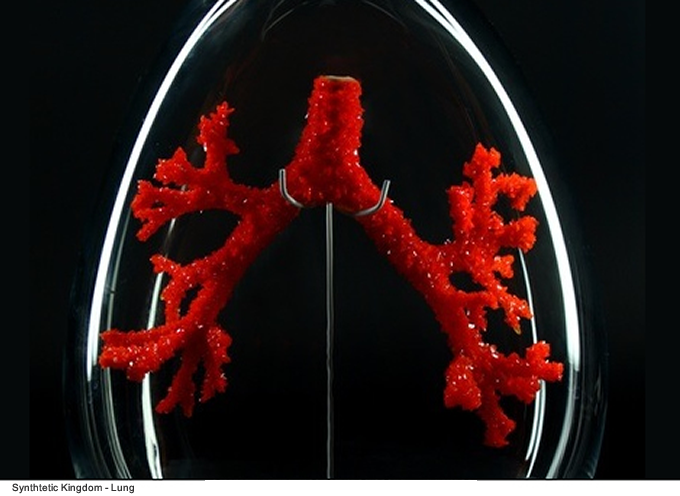 Therefore the interdisciplinary field of Synthetic Aesthetics must be necessary crowded and populated by biologists, IT technicians, engineers, designers, artists, professionals and sociologists. Everybody is engaged in exploring the possible interactions between engineering forms and new arts and design schools, in order to improve the understanding of social sciences through natural sciences and engineering, and support connections between the social engagement and the ethics problems of modern biology.

Synthetic Aesthetics shows how often, in our modern society, we assist to the interaction among different disciplines, in this case of second level, because synthetic biology represents already a hybridization between engineering and biology.

The ways in which we can explore and interrogate science are constantly increasing, with the aim of unhinge hierarchical and impregnable ways of thinking in order to open new areas of thinking and processing.

These new forms of interdisciplinary cooperation are based on associative processes of skills which are perfectly in line with the collective innovation economies – i.e. the so called “collaborative innovation”. It is gaining more and more importance in order to increase the social complexity and allow knowledge creativity to become more fluid and change into innovation (Janice Gross Stein, Networks of knowledge: collaborative innovation in international learning, 2001 and within the Italian scenario: Gianmario Verona and Emanuela Prandelli, Collaborative Innovation. Marketing e organizzazione per i nuovi prodotti, 2006 – New products’ marketing and organization). 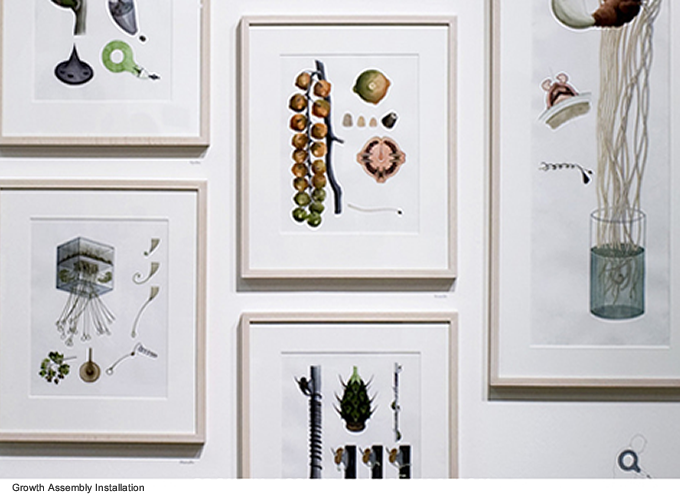 This is another aspect of Network Theory which has a strong interpretation paradigm and can be therefore considered an epochal condition which extends from the neurological field of human brain to digital technologies of World Wide Web. However its presence is felt also in ecology and in some studies using the net theory to better understand how is it possible to interconnect species and improve biodiversity ( Karl Zimmer, Network Theory: A Key to Unraveling How Nature Works).

Of course this will be a topic we will cope with in the future.