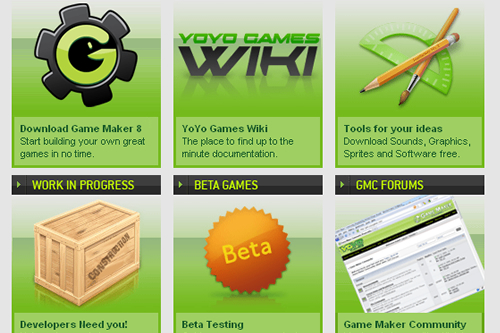 On 25-26 March at the University of Bradford in England, it will take place the 7th meeting of the convention Women in Games (http://www.womeningames.com). This meeting is hosted every year by different contexts and during its life it emerged as one of the most important in the female world of videogame research and industry.

However the meeting doesn’t gather only professional female characters, but also video player-women, because Women in Games has become an important discussion forum on modern trends and on future game studies scenarios, where a new academic world studying the sociological implications of videogames has got in direct contact with production companies. For this reason and in view of the future edition, “Digital Creativity” magazine dedicate its last edition completely to the meeting (volume 20, issue 4, December 2009), publishing again some of the most original studies of the videogame female world. It is worth to say that the organizer and supporter of the event is Mark Eyles, videogame lector and designer at the Department of Creative Technologies of the University of Portsmouth. He has been following the convention since its first edition which took place in Portsmouth on 2004.

The female presence in the public of English video players was measured for the first time through a BBC survey (http://open.bbc.co.uk/newmediaresearch/files/BBC_UK_Games_Research_2005.pdf) titled “Digital Players and Digital Lifestyles”. The studied sample was made up of 3442 English videogame players. The main questions were about playing methods, times and places, on whether they use the TV as console monitor, on the micro social playing context, on the impact on games by other medias such as radio, TV, mobile phone, on the games themselves and eventually on the value they give to the time spent while playing.

An important result  in line with the subject Women in Games  is that the female percentage of video players is only a little bit lower than the male one. However the representatives of the female “workforce” suffer a great delay (12%). Although the study may suffer the past time, the great success of social networks (Web 2.0)  which appeal to an inclusivist rather than exclusivist logic  allows to assume that the percentage of female video players has not decrease but maybe increased.

The increase has been registered not only with regard to the time reserved to the digital world, but also with regard to our imagination linked to it, above all concerning videogames, which represent  while functioning  a perfect synthesis of digital technologies and creativity. They rarely represent a mere digital experience: the importance of the game for the human development at every age makes the videogames a creative-ludic opportunity as well as a possible incentive for the collective imagination, a multiplier of social models and, alas, a repeater of stereotypes andbarriers like those based on gender differences.

This happens because unfortunately videogames do not escape strongly sexualized cultural-ludic representations: shadow-women or large-breasted women waiting for their liberation by a dominant man or strongly masculinized women full of weapons and martial arts masters such as those women listed by the design advisor Corvus Elrod in his Semionaut’s Notebook (http://corvus.zakelro.com/gender-studies-list/).

Those people who want to oppose gender barriers must consider also videogames as a digital capital in order to suggest gender reconfiguration models able to influence entire generations with respect to the elimination of situations of disparity in gender. People must therefore support with enthusiasm and repeat in different contexts events like the Game4girls (http://cs.illinois.edu/outreach/games4girls) organized by the Department of Computer Science at the University of Illinois, which involved in the videogame representation also middle-aged women attending the university, in order to clamp down on the increase of gender differences in the videogame field.

The call for bids was directed not only to particularly skilled (female) developers, since people had to use the platform Game Maker (http://www.yoyogames.com/). The final works have been judged by a jury of girls attending the college or the university and who were most trained in using videogames.

It is worth to underline that above all developers and production companies must offer an inclusive and pluralist imagination as well as a choral quality of the characters and adventures that has to be useful for the future of humanity. The widespreading of roles and representations is also an economical issue for companies which look for niches of potential and inert players: a virtuous circle of activation of a still not existing public whose involvement allows the ripening of videogame expressive forms.

In the modern global culture – characterized by the adoption speed of digital technologies  a must is (and has to remain) the inclusive imperative which stands out for its high population representativity, also and above all in those situations where ludic technologies are used.