Towards The Edge Of Chaos: An Interview with Leonardo Solaas 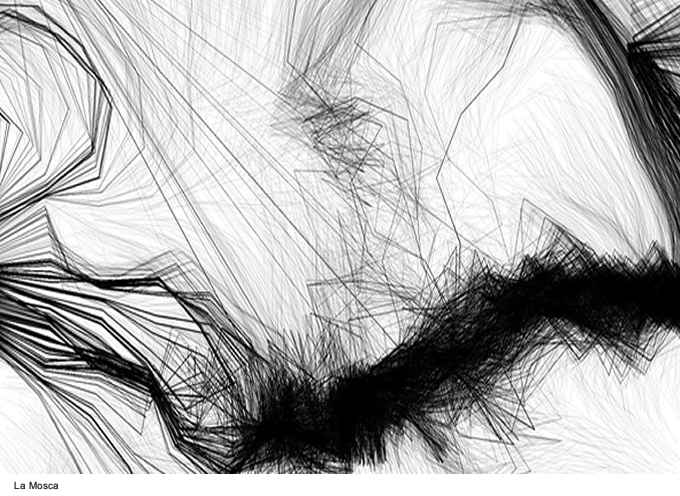 Born in Argentina, the artist Leonardo Solaas lives in Buenos Aires.  His practice includes both commercial and personal projects that explore complex systems through computation, interactivity and generative process.  Solaas uses software such as Processing to explore the subtle and undefined boundary territories between art and generative design.

His project, Migrations, samples bits of text from Don Quixote and combines then with headlines from the BBC news to create an evolving generative drawing. Dreamlines acts like a visual translation machine, turning the words inputted by the user into a digital drawing of delicate complexity and ever changing form.  Void, an interactive and generative application, plays with the notion of dark energy using vibrating particles.

Solass extends beyond the digital screen to reach into the physical world in his project, Cabinet.  This work of art consists of a 256 polystyrene shapes placed on a grid according to the artist’s taxonomy of form, which he imposes on these random shapes to find order in the chaos.

The last two projects of Leonardo Solaas, suggest a further evolution of his research, opening new scenarios and opportunities for generative applications. Wish Cafe is an interactive social network based on the shared wishes of its members. Anyone can join and add their wish to the network, causing it to change. While Bola de Nieve is a database and an online exhibition that brings together the works of Argentine artists, correlated with each other on the basis of the preferences and suggestions from the artists themselves: these connections are then visualized into an interactive network. 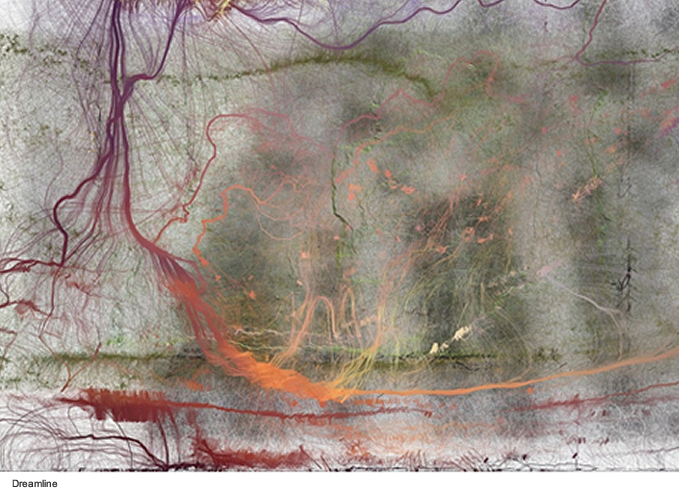 Leonardo Solaas: There are always two sides in generative systems: on one hand there is the rules, and on the other the visible or audible outcome of the dynamics that those rules set in motion. I would say, the perceptible result is somehow “folded” in the abstract rules, but the rules are also implied in what we see. Not actually shown, but still somehow revealed. From this point of view, the analogy you are proposing is quite pertinent: the world at large does as well appear before our senses as a multiplicity which does not exhibit a self-evident order, nor is totally chaotic.Jeremy Levine: The physicist Richard Feynman describes the situation in physics as analogous to an alien watching two humans play chess.  The alien could see that the chess pieces are moved according to a system of rules, but the exact nature of these rules would not be known. And every once in a while a new rule pops up, such as castling, that over turns the alien’s understanding of what is occurring. Playing with “Force Knot” feels a lot like running a physics experiment in which one tries to understand the invisible rules (the analogue of natural laws) by observing the behavior of the visible particles. Is this intentional?

These sort of systems, that live in the region people sometimes call “the edge of chaos”, are like an open invitation for the strong compulsion we humans have of finding order everywhere  or inventing it where we don’t find it. Modern science is one set of institutions and methods that emerged from that basic instinct of guessing the rules of the world we live in. Now, in a generative system, the rules are defined by the author. The executable code is a sort of interface or translation machine that will put those abstract entities in action to produce a perceptible result.

We can think of the system as a small world, usually quite simple, but still intriguing enough to engage the user in an exploration that is perhaps not unlike the pursuits of a scientist in her lab. How does this work? What happens if I do this? Any system can be seen as an open question, a riddle or a challenge.

Besides that, generative art certainly borrows some of the methods of scientific research: it proceeds through (more or less systematic) experimentation, knowledge is shared and accumulated in the community of practitioners, and there’s a permanent concern with the programming and mathematical tools of the trade. All of that makes it a good place for hybrid specimens like me, who don’t seem to be capable of deciding which hemisphere of their brains they like best. 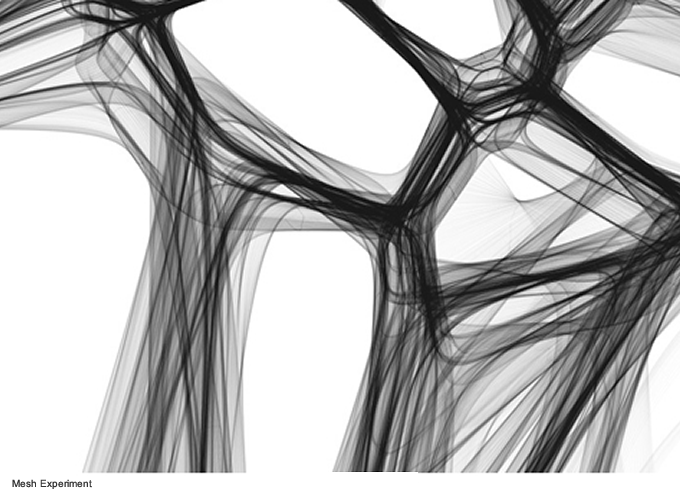 Jeremy Levine: On your web page you write: “I have a theory about the unity of myself. I’ll tell you if you don’t mind. I believe that, through all this schizophrenia of things I’ve loved and though and worked with in my life, there is a common thread that stitches all together (that’s a fairly common illusion, isn’t it?).That mysterious vanishing point is just beyond the line of sight, I’m afraid, but has something to do with rule-based systems, autonomous worlds, pocket universes, something like that  mostly useless games that can be watched in fascination while they fatally deploy their own internal logic.”

I am drawn to that line about the fatal deployment of internal logic.  It almost sounds deterministic, except that your work (ie: Biots, Void) includes the observer as an active agent, injecting uncertainty into the system.  I’m interested in how you view the role of uncertainty, as opposed to randomness, in your work?

Leonardo Solaas: There’s this a classic text on generative art byPhilip Galanter, Complexity Theory as a context for Art Theory, which proposes a classification of generative systems according to their degree of complexity, from the highly ordered to the completely random. I think very orderly systems, like regular patterns and crystalline structures, can on occasion be fascinating.

An extremely simple rule, like repetition, can engage us through the sheer number of iterations, or through the rhythms and echoes that emerge from it. But, in general, our attention will be more readily caught by systems that are not so simple, that are to some extent unpredictable, random or disordered: systems that are, as I said before, on the edge of chaos. The rules that account for them are not plain to see, but mysterious, partially hidden, requiring investigation.

That element of randomness can have many sources. Sometimes it is just the unfolding of some very non-linear mathematical formulas, like in fractals. Often the source of surprise is the pseudo-random generator that every computer puts at our disposal. In other cases the system will be open and use some exterior data source that will inject an unknown input for its rules to work on.

That’s the case of data visualization in general, and some generative toys like my work Dreamlines. Finally, the user herself can provide that foreign input. Therefore, I tend to think that interactive systems are not some radically different thing, but just one among a menu of options to introduce unpredictability in an otherwise deterministic system.

Still, the rules of the system never change. We are never dealing with true randomness: it’s not like anything can happen. In my experiments I often see results I didn’t intend or imagine beforehand, but doesn’t make them any less a product of the rules. That’s what I was referring to in the line you quote: games that are autonomous in the very literal sense that they are defined by their own rules, however open they might be to interaction with the environment. 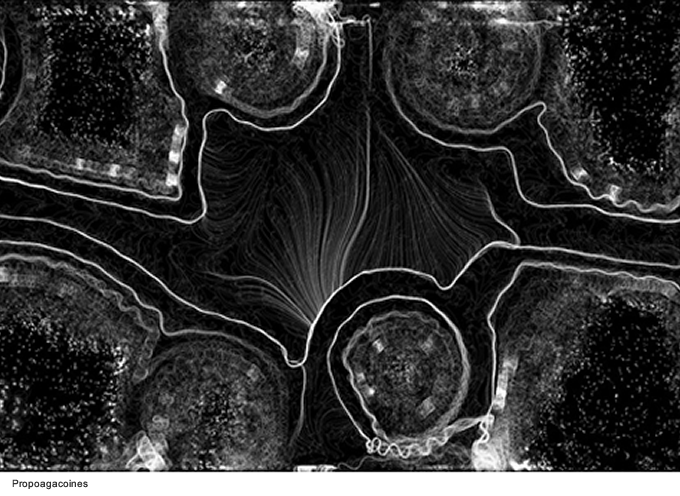 Jeremy Levine: How do you define generative arts, as a means of production- a computational strategy, or an aesthetic category defined by a set of compositional categories?

Leonardo Solaas: I will again resort to Galanter’s article here. He states there that generative art is a way of making art, not an art style. I have to agree with that. The term should be considered more akin to “oil panting” or “collage” than to “impressionism” or “surrealism”. There’s a whole bunch of different things you can do with collage, different artistic objectives you can pursue. Still, the technique itself has a certain “aesthetic signature” that brings all those different works together.

In my opinion, as generative art matures, the differences in intention and style among its practitioners will become more and more evident. Up until now, we have been playing with the same toys, and bumping into the same possibilities and limitations inherent to the tools we were using. That was perhaps bringing along some repetition and a feeling of recurrent déjà vu. But the skills mature and the tools multiply  I expect to see a lot of diversity arising as a result of that in the coming years.

What all these endeavors have in common, then, is certainly not a style or an agenda, but a very simple, yet very significant thing: the use of rule-based systems. They are a kind of buffer or intermediation between the creator and the finished work, a semi-autonomous entity that is set in movement and then left to develop with a certain degree of freedom.

That’s basically all that there is to it. It is not even necessary for software or any kind of digital device to be involved  the system can be entirely physical. There are many examples. To cite just a couple of classical ones, there are the drawing machines by Jean Tinguely, or a very minimal, pure case of generative device, the Condensation Cube by Hans Haacke. 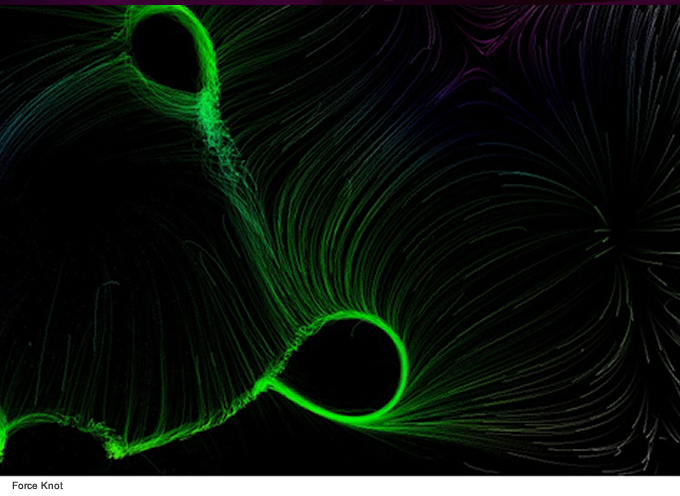 Leonardo Solaas: Well, asking for the boundaries of art is always the occasion for endless argument or utter confusion! I personally think that’s actually a good thing about art  that lives in the place of an open question.Jeremy Levine: The seductiveness of complex visual systems has become part of mainstream aesthetics. Generative imagery is used in everything from magazine covers to the motion graphics behind music videos. This can create the sense that generative art is more akin to design than art. Is this distinction important to you?

Now, thinking more specifically about what could be “artistic” about generative art, I would like to point to a curious genre that is very common in generativity: the “experiments”  those formal and technical explorations that we all do and share with each other, which are not yet art nor design, but a practice that is perhaps more influenced by a scientific paradigm, and usually driven by sheer curiosity and playfulness.

We could regard the generative system that is yet on that laboratory phase as more “pure”, in the sense that it hasn’t yet found its place in the world as art, design, architecture, data visualization or whatever application we happen to find for it. But that comes afterwards.

We live in times of hybridization and mixture, so it is not like I worry a lot about the limits between disciplines  I actually enjoy circulating among them, and perhaps not even noticing the difference. It often boils down to a practical consideration  in which economic and communication circuit will these new explorations prosper? Where does the demand come from? The fact that those distinctions still function in the “real” world is perhaps no more than a remainder from a figure of modernity that is (I expect) slowly, but surely fading away. 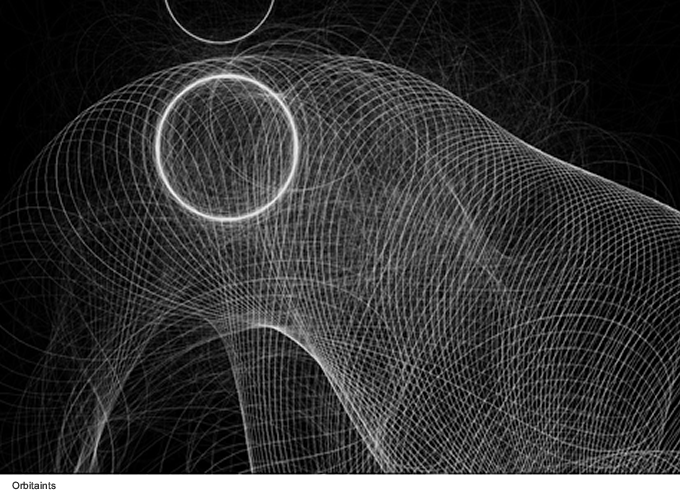 Jeremy Levine: You did.Leonardo Solaas: Your questions are very provocative and go straight to the most critical points in relation to this new practice. They would actually be a good occasion to talk for hours, so perhaps the most difficult for me was to be synthetic and yet clear about the main ideas I wanted to get through. I hope I could more or less do that.