Journalism Is A Process, Not A Product. An Interview With David Cohn From Spot.us 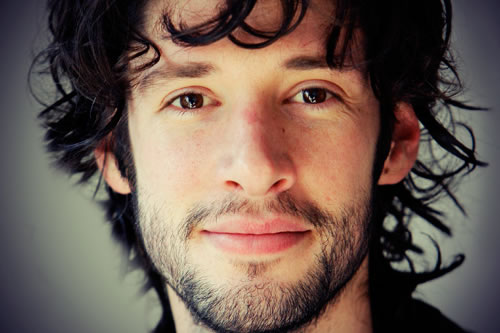 American Journalist, 27 years old, David Cohn started off as a freelance writing also for Wired, Seed Magazine, Columbia Journalism Preview. As editor at newassignment.net he took care of a project focused on citizen journalism. He organizes, on account of Buzzmachine.com, his first Networked Journalism Summit which had the purpose of gathering all the best practices and professionals of online journalism. He also worked for Broowaha, wide network of citizen journalism and now he works in Oakland, near San Francisco.

David’s professional background surely played an important part in ideating and creating Spot.us, a crowdfunding journalism project to support local and investigative journalism, started in 2008. The web platform established itself and grew with great success last year, also thank to the 340.000 dollars financing from the United States’ organization Knight Foundation. Spot.us allows the freelance journalists to show projects to the public, that, if interested, can finance it by donating up to 20% of the total project whole cost.

This project is very interesting because it represents one of the possible paths practicable by journalism in the future. As a matter of fact it mixes professional journalism with local information: it revalue the professional figure of the journalist, remarking the responsibility which distinguishes his job, in relation both to the contents that it produces and to the public, and it gives value to the news that are not taken into consideration by traditional medias. The one way and elitary communication, proper of traditional journalism is overturned because the journalist, through the web platform, has a chance to “present his “pitch” to the whole world, directly involving the
public”.

At the basis of Spot.us there is the core concept in which David strongly believes, according to which journalism is a process and not a product, characterized by a highly participatory nature. This is what we spoke about in the following interview, about the birth of Spot.us and of journalism’s future..

Simona Fiore: Spot.us is a project based on the phenomenon of crowdfunding journalism: could you explain me what is this about an then in detail talk about your projext?

Simona Fiore: From where did the idea of creating a project to sustain local and investigative
journalism come from?

David Cohn: The idea comes from two places: the first place is that I was a freelance reporter myself and the system seems some antiquated, because I had to pitch one person or I had to pitch the editor and I had to do via one to one communication, I couldn’t pitch many editors, or pitch the world or pitch the audience, so this is one part. The other part is that I was a research assistant for a guy named Jack Howell who claimed the phrase crowdsourcing and he was working on his blog and I am his research assistant and I started reserching crowdfunding on site like kiwi.org donor’s choose and those are obviously big inspirations for crowdfunding.

Simona Fiore: Which are the issues and stories people are generally more interested in and for which they are willing to pay?

I’ve seen people pitch things in a bad way, and of course if it’s a bad pitch it doesn’t matter if it’s something I’m interesting or not because I’m not going to support it. So, an example of a bad pitch was that we had one reporter that wanted to look into the psychological impact of being laid off. Right.

Simona Fiore: How many stories have been published durino the last year?

Simona Fiore: You stated that :” Journalism is not a product but a process and that journalism is participatory” What did you mean by that?

Simona Fiore: What will be, in your opinion, the relation between traditional journalism and crowdfunding journalism?

Simona Fiore: Do you reckon that a project such as Spot.us could represent the Journalism of the Future?

Simona Fiore: In which way could crowdfunding journalism help the local journalists community?

David Cohn: Well, it could help fund their work. That is the whole point of it, right! I think it also forces them to be little more accountable to the public, so they have to work a little bit harder in some respect, they are more accountable in the journalism they produce and they produce better journalism as a result. So, there is a lot of different things going on there.