Aesthetics And Computation: The Origins Of Generative Art 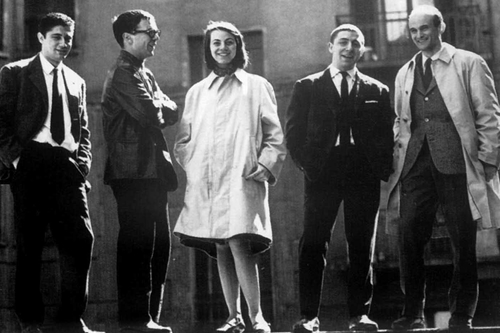 After some years of a qualified and creative activity, it is now known to most people that the images produced with a generative technique are more adjustable, as they are the result of the information flow being seized in a split second; then the information is adjusted through the interface, that is some kind of “design process” that gives life to real metadata rather than to images, videos or sounds. We’re dealing with pictures, videos and sounds not yet real.

These images seem to arise from some recent process which is the direct result of the development of digital technology and production computational logics. In generative design, visual forms are images that come from a process of computation which is being run by formal systems of rules implemented by different programming languages and technological platforms.

In many generative works, that were produced during the last five years, the form is the result of a structuring process whose developments the designer knows only in part, because he simply produces a kind of “configurative hypothesis” and then lets the process develop its own computation and visualization. Every image, in its very details is a process: it is an image-processing, an image that is articulated as a process, not a process we see through images.

From handling and configuration of visual form, the designer then shifts his attention from the mechanisms underlying to the modes of display. These forms are free to show their features in the electronic screen. But if the creation of systems and their implementation become the focus of the generated project, and give the picture the role of “result” in the educational process underlying the system, the visual plan is not downgraded and seen as a common material display of an nonmaterial process: indeed, it is the precise articulation of the system building plan with the management of certain visual effects that determines the field, in which what we define generative visual design works.

For, if generative designers are furthermore interested in products and solutions for the scientific (industrial and technological) research [2], in their projects they always tend to filter all with a specific attention to the visual output and its perceptual qualities.

In terms of the image, the scene presented by the generative design expresses itself today in the ability to collimate heterogeneous levels: the specific media and techniques of computer and digital image, a set of cultural influences from contemporary science, and a drive to “put into shape” and give sensitive consistency to processes developed using computational systems. All those dynamics, and those processes which can be activated by the logic of the medium, which does not have a tangible visual form.

In order to motivate the general comments on art data mapping, we have to explain some outstanding projects [3]. For example, John Simon deserves showing connections in his works between new media and modern art movements and figures, such as Mondrian, Klee, and Sol Le Witt . Moreover, while the field of the new media is rapidly and excessively growing, and while artists in all disciplines are getting used to computers tools in their work, there are still a few artists who focus on one of the most fundamental and intrinsic concepts associated with digital computers: computation.

Simon searches for aesthetic aims systematically and in real-time computation. In fact, in his first job on line Every Icon (1998) Simon used real time computation to create works that have a starting point in time, but with no interruption. However, you can find real examples of these works in modern art (for example in Kinetic and Programming Art of Group T and Group N in Italy [4]), Simon pursues its own unique strategy: he uses artificial life, cell automation and other computer techniques to create complex images [5]. The process is controlled by a set of parameters that constitute the “genome” of the form. These parameters consist of rules that govern the cell process.

If Simon’s images are the result of a real time computation in a work, Lisa Jevbratt’s were often driven by Internet data. In a project of 2001, Mapping the Web Infome Lisa Jevbratt had developed a special software that allows the easy creation of web crawlers on the web [6] and visualization of collected data. Then he invited many artists to use this software and create their own crawlers, and also to display in different ways the data collected. This project embodied a new work by an artist who appeared as a designer of software environments, which were then available to others.

When Christiane Paul wrote about database, visualization and data mapping, she made the following comments on the materialization of ‘digital age: “In the digital age, the concept of embodiment is applicable not only to our physical body but also to the notions of purpose and matter in general. The information itself seems to have lost its body, and has become an abstract quality that can create a smooth transition between different states of the matter “(Paul, 2003).

Paul’s analysis is deals with on the loss of the body and is often promoted as a benefit for the technology. The artistic and aesthetic focus on the body is evidently in contrast with the scientific and engineering practices, that have dematerialized the same body as far as contemporary technological information were invented and developped. In Robert Diodato‘s words [7]: “The digital image is not, one might say, strictly” image “, but body-image, since they have an ordered sequence of binary units, or otherwise strings of characters that evolve in different levels of a syntax that builds the coincidence between these strings and sensitive appearances.”

These projects stress the peculiar nature of the digital image, especially with what Couchot [8] had established as full control of the image point by point. Here, each element in the flow-image has been in fact programmed and equipped with a behaviour. The pixels are not only a “medium” to show the visual trace of an agent but become an entity through the use of which is an new visual process occurs.