To Evaluate Digital Creativity: How And What Instruments To Use 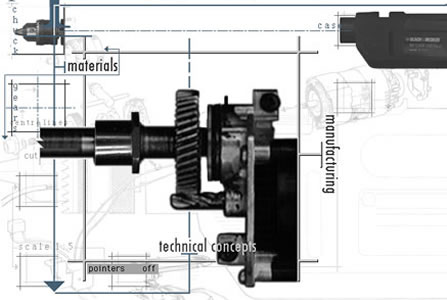 The “Digital Creativity” review (september 2009, Vol. 20) has recently published a special issue dedicated to the speeches to the Completing The Circle conference organized by the Lansdown Centre for Eletronic Arts in London (supported by the BCS Computer Arts Society and by the Design Research Society) which took place in January 2009.

The symposium gathered artists, designers, computer scientists, developers and academicians; the goal was to collect contributions directed towards the research of effective means for the evaluation of the creative job, as regards the way they are “used” as well as the way they are perceived, especially in the light of the variations introduced by the interactive digital technologies. “Completing The Circle”, that gave the name to the symposium, intends to stress the element of evaluation which is often missed in the creative process.

The call of paper for the conference which is quoted hereafter, started from a deliberately provocative position that resulted in a spur for the authors: “The days when the artists, media makers or projectionists were driven only by their personal conviction, independent of the dynamics of the reception of their works, have come to an end. Nowadays, the intelligent artist or the designer is deeply interested in discovering the public or the responses from the user, and he wish to use the many techniques and approaches now available to make this possible”.

Stephen Boyd Davis, author of the introduction to the volume and director of the Lansdown Centre for Eletronic Arts at the Middlesex University, has underlined that digital technologies are an important challenge to creative work that was often felt by creative people as a form of hermetic communication between them and the work, often independent of possible considerations on the communicative effectiveness of the artistic result.

Interactive and digital technologies, thanks to their properties of registrability, offer a wider an wider range of opportunities for artists, designers and other creative workers in order to discover how their product is experienced, together with what their performances and results are. According to Jarmo Laaksolahti (researcher at the Interaction Lab in the Swedish Institute of Computer Science) what we can study is how the artistic product is perceived by the subject and what the (emotional, intellectual, cognitive) consequences are. It is particularly important to reconstruct the plot of these perceptions, mapping it in a thin and complex way, as the polysemy of a working artistic product should be.

The most used means of evaluation were the trackers-eye, digital recorders (video and audio), obscured mirrors, medical equipments for the measurement of physical reactions, as well as the classical means of sociological inquiry: questionnaires, diaries, interviews. None of these techniques has revealed itself as the best, but all the artists stated that the most productive way was the multi-layered inquiry, in other words more sessions and more means through which users had the opportunity to reflect and to analyse upon their own responses, also collectively, that were recorded in their evolution.

The acceptance of these means by creative people has changed a lot: There have been some ready to catch these opportunities, whereas others considered them as a waste of time or as intrusive ways in the artistic process that the introduction of the digital technologies has not invalidated. These positions are reflections of the disciplinary origin of creative people, on the one hand the planners of the Human Computer Interaction (HCI) working in the field of ergonomics, cognitive and social science for whom the evaluation of the utilization systems representes a main goal, and on the other hand the creative people that, even knowing the HCI principles, often trust more the personal style criteria and the design and artistic rules than to have their works plunged into a context of utilization and have it empirically verified.

It is interesting to notice how the figure of the HCI specialist and the usual procedure followed by artists and designers, thanks to the fusion of skills required by the digital technologies (informatics and artistic technologies), collide not as much, and not only, in the creation process, but above all in the process of evaluation related to the reception of the works, particularly against the urgent request of interactivity that characterizes the digital technologies.

Ernest Edmonds, digital artist and professor at the University of Technology in Sydney, thanks to his experience in the historical field, has stressed how interactivity has become a must in art since the XIX century, when- but this seems only to be suggested- it became an institution for the middle class society: according to this perspective, every time art becomes a public speech, it shows its own interactive paradigm, certainly under different forms from the current ones, but surely assimilable, of man-machine.

It is worth to quote another Edmond’s note that concerns the discovers of “uselessness” of some products: the estimative analysis has revealed that users experience some difficulties in the enjoyment of the products. But despite this, the user , once overcome the obstacle, has also increased his abilities in the utilization of other products; as a consequence some artists, rather than removing these critical passages, have emphasized them because they have discovered that is just thanks to them that the education and the training have been most stimulated, rather than the repetitiveness of the methods of utilization. In this case, the task of the artist is not any more that of removing obstacles , but to build that difficulty that can offer the user a better way of learning