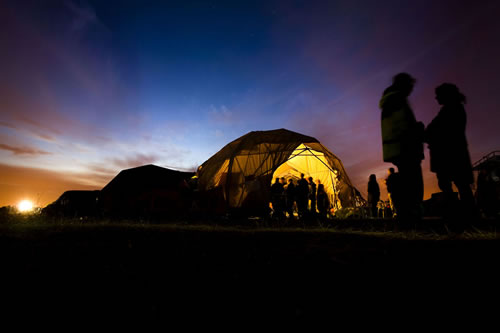 Fighting for Social and Climate Justice. Because Climate Change Makes All Precarious.

The economic crisis has heavily hit the precariat — the sum of those working non-standard, temporary, part-time contracts in services and industry — worse than any other social class. Millions of precarious youth, women, immigrants are being made redundant by the Great Recession. Unemployment has skyrocketed from the US to the EU, from Iceland to Japan. Those responsible for the crisis — big banks, investment funds, free-market economists and policy-makers — whitewash and greenwash without shame as if nothing happened and go on with business as usual. Governments are giving trillions to the bankers and peanuts to the permatemps.

Riots and protests are spreading as a result, also targeting a new wave of racism and xenophobia, but the pressure against political and economic power hasn’t yet been enough, although an Autumn of Rage lies in store and this could change the equation.

Yet on the horizon of this historic capitalist crisis, an even larger crisis looms: global heating and climate change due to fossil-burning capital accumulation. Humankind is in danger, and by mid-century millions and millions could be wiped out from Earth if overdeveloped economies don’t cut emissions, i.e. if we don’t bring into line the major carbon emitters (oil, coal, energy conglomerates, manufacturing corporations and their logistics, the aviation industry, fast food and agribusiness, luxury tourism etc.).

Copenhagen in December is an excellent opportunity to do so. On Dec 7-18, the UN Climate Summit — COP15 — will take place in the Danish capital, a city with strong radical traditions and a current history of rebellious agitation. All
the state and economic élites from all the countries of the world will convene at Bella Center in Copenhagen to seek a successor to the Kyoto Treaty, including those powers like the US, China, India who hadn’t signed it.

The solution to the precarious question is not going to be found in the return to the old speculative, overindebted, overdeveloped, ecocidal, supremely unequal consumer economy of yore, the very same that has been responsible for the lion’s share of greenhouse emissions deposited in the atmosphere over the last three decades, but in the
fight for a new economic and welfare system built around the social and environmental needs of the precarious strata of society, ensuring that each human being on Earth is entitled to the same share of carbon emissions.

To achieve this, we demand fiscal distribution via capital, corporate and carbon taxation to pay for: basic income for all adults and finance a reduction in worktime such as the 4-day week, universal free access to online knowledge, publicly assisted p2p social production and sharing, free public health and higher education for all, subsidized green housing and green jobs for all unemployed wishing to work, socialized banking funding renewable energy and sustainable living community projects, urban and labor rights of self-organization and self-unionization, the end of discrimination and persecution of immigrants and asylum-seekers, right to solidarity
strike and statutory minimum wage of €10/$10/¥1500 per hour, and any measure geared to giving back power and the possibility of making power to the people.

Redistribution of wealth and power toward the precarious, growth of immaterial knowledge, cultural enrichment of
society and massive expansion of leisure are fundamental social conditions for the horizontal, open-source design of a resilient postcapitalist society, freeing the time to pursue ecohacktive and permacultural activities, giving the time back to precarized and frightened people to think collectively about their own future, also cutting the need for quick consumption and instant satisfaction among precarious service and knowledge workers in the currently time-starved global society.

A strongly relational and solidaristic economy would fulfill many of the needs today obviated by individualized market consumption. We reject carbon trading (the cap&trade approach) as a non-solution to the problem of emission cuts, as proved by the complete failure of the EU emissions trading system.

We expect adequate climate reparations from the old industrial powers of the North to the underdeveloped
economies of the South. We hope the multigendered and multiethnic precariat can be the social driver for local economies of cooperation, exchange and mutual aid, food and energy production, just as the immaterial precariat has been at the core of the climate camp movement, to which we have participated enthusiastically.

The power of markets and corporations over our lives is backed by petromilitarism. Fossil capitalism destroys environments as it precarizes peoples. We must fight it in Copenhagen, all together, to unmask Barroso’s (let’s hope the Irish manage to finally sack him) and Obama’s carbon trading and government bailouts for the rich. They’d
better spend that money in social transfers, green jobs and renewable energy, because the Recession doesn’t do discounts and the Earth doesn’t do bailouts: act for social change to avert climate disaster!

Climate Justice Action (CJA, www.climate-justice-action.org, follow @actforclimate), the global movement network that for a year has been organizing the December 12-16 protests, is calling all movements to direct action in Copenhagen in the days from Dec12 (demonstration from Parliament) to Dec16 (mass action at Bella Center).

On December 12, the precarious organizing the postcapitalist mayday of precarious and migrants in many cities of Europe and Japan (and Canada: no border, no precarity! www.euromayday.org) call onto all friends and accomplices across europe+world to join forces behind the “Precarious United for Climate Action” banner, joining the anticapitalist block (http://nevertrustacop.org/Main/SecondCall) at the big demonstration that will gather every single environmental organization and activist group on the planet voicing the need for climate justice and the responsibility of global capitalism for environmental disaster, marching from Parliament to Summit.

And on December 16, we ask all noprecarity activists to join the pink’n’black PUCA block to push for climate justice at the RECLAIM POWER! mass action painstakingly organized by the CJA Movement Network around the Bella Center on that Wednesday. We will produce postcapitalist subverts, crisis fortundising, ecohacking, climate
slogans, posters, wotnot, and exhort you to do the same. On Dec 13, 14, 15 look out for actions on production, borders, banks, agriculture, north-south equity.