Losing Yourself In The Whitetree. Lippok Brothers & Ludovico Einaudi 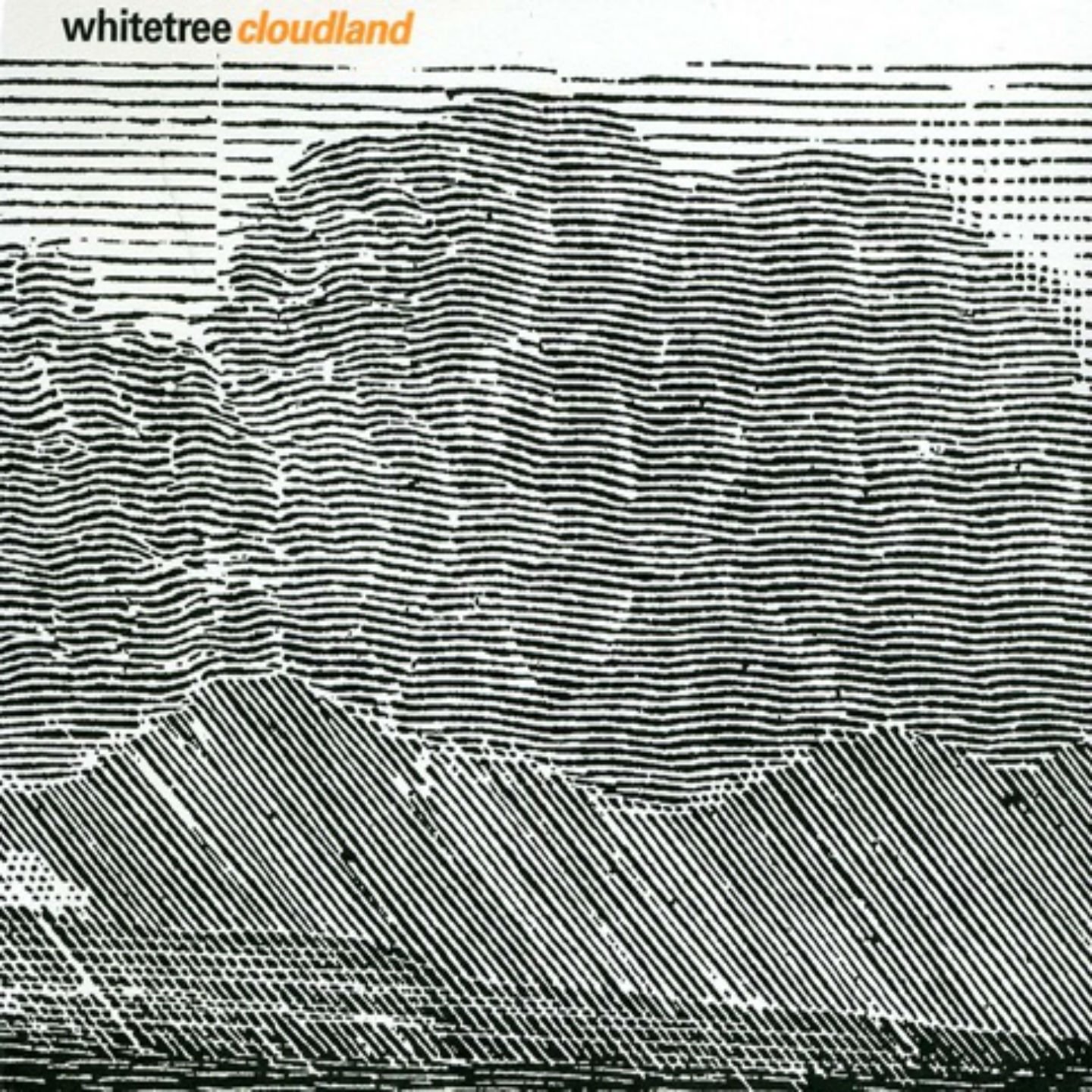 The first time I heard Cloudland, the first album from Whitetree, I thought about one of my friends traveling, sitting in front of a waterfall at the foot of the Himalayas, in contemplation of the height and depth of the universe. The song was Mercury sand. Whitetree is a collaboration between the Italian pianist and composer Ludovico Einaudi, and brothers Robert Lippok (software) and Ronald Lippok (drums), formerly part of German post-rock trio, To Rococo Rot, along with Stefan Schneider on bass. (1)

Cloudland, like the Faithful Hands of the story of African writer Amos Tutuola titled The Palm-Wine Drinkard (a drink from palm wine)  one inspiration for the name of this project – it has taken and carried me, without even realising, to a hidden place where I had never been, but which appeared to me in my mind. On each musical journey, the mind has in fact this wonderful ability to visit places hidden inside a space that does not necessarily follow the conventions to which we are accustomed. Cloudland intervene in this process, conversing directly with the imagination of the listener.

The sound that Ludovico Einaudi creates on piano is incredibly evocative. He is capable of producing a very special energy. In unison with the accurate rhythms of Ronald, and the distinctive touch of Robert on the drums, the melodies grow in magic accord. The balance between the parties gives life to the songs, and the notes come together in perfect composition.

The collaboration between these musicians seems to flow quite spontaneously, you feel at no point that it is forced. For musician and composer it is a natural to attempt to break down barriers between genres and experiment with new possibilities. This desire unites artists from very different routes, academic or not. For example, the musician and DJ Jeff Mills, who has worked with the Montpellier Philharmonic Orchestra, defines the relation between classical and electronic music as the ability to ‘share common emotions and expressive elements’. These common emotions resonate even more powerfully in live performance.

Whitetree presented their project on the 9th August at the Big Chill festival in a beautiful valley near Eastnor Castle in West Midlands (about three hours by train from London). In this suggestive scenario, the first notes of the opening track, “Slow Ocean, the public grew more numerous in front of the Open Air Stage. There were many people who paused in front of the stage, fascinated by the music, who stopped then to listen to the live performance. Some called or checked the program to verify and remember the name of the group. The audience were carried away by notes of Whitetree under the afternoon sun, which made everyone happy and smiling after days of gray skies and rain.

Whitetree’s live set was accompanied by visuals from D-Fuse, a collective of artists and designers founded by Mike Faulkner in London, who worked for years producing video, installations and audio visual live performances. Projected on a single screen, the images were taken during a three month research trip to China a few years ago for a project called Latitude, which was sponsored by the British Council and the Arts Council of England.

The initial images are quite abstract and dynamic; taken from the window of a train, they reveal a landscape, then many, large buildings in a hyperreal urban landscape. The scenes are repeated in a rhythmic loop, and I wonder if that is how a city sounds: A buzz of architecture, lighting, paths from everyday life, branching out in roads and stories. The images that close the set alternate between familiar street scenes of a girl hugging her mother, someone falling asleep driving a scooter through intricate urban alleys, and other families traveling through the city by motorcycle.

The energy of the music combined with the images of architecture and emotive spaces created offered by D-Fuse make this experience truly special. Cloudland gives us the keys to a dream, and invites the viewer to get lost in another dimension, only to find themselves at the end of the journey. It was therefore imperative to ask Robert Lippok to tell us a little about this new project.

Alessandra Migani: How did the collaboration with Einaudi start? Can you tell us how you met and how you decided to start this project together?

Robert Lippok: Ludovico saw a show of To Rococo Rot in Milan. After the concert, we met backstage and he told us he was interested in working with us. In 2006 he invited me and my brother Ronald to Milan to work on new material. We spent four days in the rehearsal room and improvised a lot. We arrived at a result very quickly. The funny thing was that Ludovico organized a whole tour, shortly after the rehearsal. We started the next day, performing at Teatro Politeama of Palermo. Ludovico was sure that we had created something good. Immediately after the tour we felt that we should continue and recorded some songs in a studio. So in early 2007 we went to record at Planet Roc Studios in Berlin, inside the building where the GDR radio station operated. We made the recordings during the largest storm to have taken place in Europe during the last twenty years, Kyrill (2).

Alessandra Migani: How has the creative process worked between you three?

Robert Lippok: Working with Ludovico and Ronald together is big fun. Very fast. The whole Album was basically done in the rehearsal days in Milan. Sometimes I came up with a theme or just with a rhythmical structure. Mercury sands is based on a track from my 2006 CD, Robot. I played the track and Ludovico had this fantastic really light melody and Ronald with the Percussion. Other Songs started by Ludovico. He is a source of beautiful melodies. Really amazing. Soon as he gets to his instrument he starts throwing music in the air. Ronald and Ludovico have a special connection in terms of rhythm. Its a bit like voodoo. hard to understand. Even for me.

Robert Lippok: In the summer of 2007 we worked with Louis for a play directed by Luca Ronconi. The representation was taken from the book of Tutuola, The Palm Wine Drinker. The book was suggested by dramaturge Cesare Mazzonis, who wrote the script for the play version. We were very happy with this choice because we did not know much of Tutuola’s work, but we were very curious. The White Tree is a very ambivalent. A little paradise, a little jazz and gambling. An area that encompasses wild beauty and darkness. Very magnetic.

Alessandra Migani: I read the story. The White Tree is an incredible place, governed by a mother figure who cares for people in need and subject to punishment, offering a place to stay, food and wine, and a place to dance every night. It is described as a place where people can forget the torments of the past, but to enter the tree they must sell their death and rent their fear. What does the white tree represent to you?

Robert Lippok: For me it is the uneven path of life and the comfort that comes at unexpected times. The book has changed my good Catholic vision of good and evil a little. In African culture, things do not seem so simple and clear. The White Tree is a place of resting, and healing but also violence and chaos.

Alessandra Migani: The sounds of Cloudland are very evocative. Did you all have some images in mind while creating the music?

Robert Lippok: I can only speak for myself of course. I would not say images but shapes and/or different qualities of light. Some tracks are condensed like dark matter, some are bright like a yellow lizard sitting on a piece of kryptonite reflecting the sun.

Alessandra Migani: Thinking of the images for your music, I think the visuals by D-Fuse during your concert at the Big Chill have worked very well. Do you have other collaborations of this kind?

Robert Lippok: We could not see what D-Fuse have done for us. We had only a quick conversation before the show and we have total confidence in Mike’s sense (3) for the images. You said it worked well, I’m happy. Sometimes you would like to be away from your own concert to watch from the front, but you can not have it all. During our first tour in 2006, we worked with the team video of Berlin, Visomat. But I think that our music works well even without visuals. I like it when every person in the audience has a small projector inside and can project every possible image in the space inside their skull. Sometimes after a show people came to us to tell us what they saw.

Alessandra Migani: Can you tell me your experiences on tour with Whitetree and in particular to the Big Chill?

Robert Lippok: We are not a rock`n`roll band so touring doesn´t mean to be three months on the road. We played not so many shows this year. I love to play live and I love to play on big stages. It gives me the opportunity to listen to our music to a different power and volume. The live situation adds so  much to the music. And somehow you understand the music on a different level when you seen the musicians performing. The Big Chill was fantastic. Made with so much love and craziness. So many nice ideas beside the music program. I especially loved the big white zombie and the ghost dresses in the trees lit by bicycles (4). I think it was one of the best festivals I ever been.

1 – To Rococo Rot played live at the Big Chill Festival last 8th of August. They also presented new pieces that will be part of their new studio album, planned to be released in 2010.

2 -Kyril is the title of the second track in Cloudland.

3 – Mike Faulkner is the Founder and Director of the English collective, D-fuse.

4 – Robert is referring to Visions of Angels, inspired by William Blake and realised by Electric Pedals, as part of The Art Trail at the Big Chill Festival. It is an installation that is engaging the spectators (invited to activate the power of a generator by pedalling fixed bikes), bringing to life Blake’s angelic vision as white dresses amongst the branches of an old oak tree.