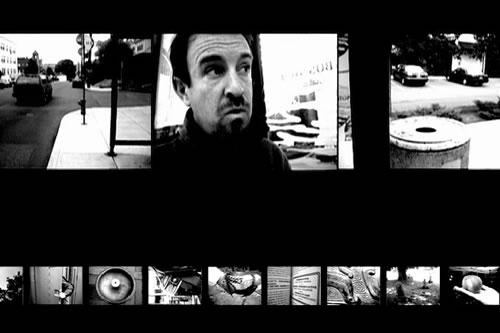 Hegemonic systems of mainstream culture depict the World Wide Web as host to a number of large, central (but none-the-less global) sites controlled by a few corporate bodies. The names are ubiquitous for anyone trying to explore the modern media world: Facebook, Vimeo, Twitter, YouTube, and others that have either fallen by the wayside or are just bobbing below the surface of our awareness. These platforms all have their place of course, and most of us are making use of them.

But there are a multitude of web presences out there that aren’t global brands, that work against the idea of a global brand and seek to create their own space in which to create work. This is when digital art is at its best, when it carves out its own territories and zones of discussion. The Internet works like that, it has its standard modes of deployment of everyday media and every now and then, reconfigures them into something different and more interesting. It tries to create something that might actually be more than just the old media forms repackaged for the Internet.

Video feels as though it is one of the more important developments of the technology that makes up the Internet. The codecs and tags that allow video to be embedded into pages and comments to be posted on sites such as Vimeo and YouTube are by now well enough established that we take them for granted. The pixellated quality of the images, is something we tolerate for now, because, as bandwidth increases, we look forward to the High Definition quality currently spreading across our TV screens. Where TV went first, the Internet will follow. But surely, to follow this paradigm along its’ path, we would be depriving ourselves of some of the more open-ended possibilities of the web. The World Wide Web gives us hypertext writing that we can click through and follow to explore and research along a pathway and develop an idea. We don’t even think about using hypertext now, it is just there (although there are arguments that it hasn’t been fully realised in the current version of the web).

So, shouldn’t we expect other web-based media to have this interactive capacity? Why have we settled for a neutered and simplified videography?

The cinematic and the hypertextual nature of web-based video are at the heart of at least two contemporary video bloggers producing interesting works: Adrian Miles, and Will Leurs ( the first is the author of Vlog Manifesto of 2003 (http://hypertext.rmit.edu.au/vog/manifesto/, while the second is the author of one of the first examples of Net Cinema), who have developed a creative practise of interactive, and very cinematic works that capture and explore the everyday moments of life.

These video pieces, are often collaged together with a number of screens, combined to form an interactive ‘wall’ of images. Different actions are provoked by clicking into the separate images. Instead of the videos being preloaded into the piece, they are called from the server, as needed. But there is no clever Flash programming in these works, they are straightforward QuickTime movies that have been created using proprietary software packages. This is an important distinction, because it means the movies have none of the Flash aesthetic normally found when using that particular software. They are more true to the nature of digital video, where most of it is output from editing software as QuickTime.

In a Vlog entry from December 2005, Adrian Miles has made a video of a thunderstorm from his back garden that is a perfect example of the quotidian nature of these works. Made of two panes, a large upper one and then a low, wide one below it. While the large image is a pan across the garden and the lower one is an iteration of four versions of a slightly different scene. Across the whole image, three pieces of text allow the viewer to hover over them and make the text clearer. The grainy, old-style film noise is a QuickTime effect that changes with every viewing.

This is no heavy-handed interactive piece, but perfectly represents that idea that the viewer can caress, rather than ‘jab’ at the work to make an effect occur. In the associated text for the entry, Miles says, “I think vogs should aspire too the condition of water.” This desire for a fluid and ever-changing effect of video might be considered to be at the heart of his creative practise and that of many people working with interactive works. A desire to see things constantly changing, even as they are watched and a seeking of a never-ending, infinite rhizome of loops.

While there are plenty of people posting videos to their blogs, many of these are hosted on YouTube and then recast into their blog posts through the embed code from that site. One of the important and differentiating factors about these two vloggers, is that they host the video on their own server space. A move that allows them to sidestep away from the branding of mainstream video-hosting sites and gives complete autonomy over how the videos are ‘read’ by the viewers. It seems such a small thing to do, host your own content: After all, so many people are doing it, that there is nothing unusual about it. Except that this decision, coupled with the interactive nature of the work, positions it in opposition to the TV-induced desires of those that seek fame and fortune through a YouTube video posting of them acting ‘wacky’ or doing something crazy for attention.

Anyone coming to these pieces, expecting a grand technical engagement will be disappointed. They work precisely because the interactivity is a reflection of the subject matter of the work. Leurs often captures nature at rest, the slow movements of a tree bough, blowing in a breeze. This almost Zen Buddhist-like calm, not a forceful demand on the senses, but a flowing of the motion of breeze, to the tree, is also in the way the viewer is invited to work with the video, a click and a selection of an image and activation of a different frame of video. There’s a subtle, nuanced control exerted over the work that doesn’t jolt the viewer from enjoying it.

It is difficult to select individual pieces from either of these two practitioners. Some pieces are re-workings of older projects that displays an old-style artists’ perseverance to draw out the essence of an experienced moment. It is worth sticking with the re-worked pieces though, because what matters is how they build up over time. Re-engaging with the different videos builds up a sense of how they work. Regular motifs appear throughout; both artists sharing similar appreciations of the elements, with water, air and the earth regularly appearing.

Will Leurs’ work Twelve Stations, contains a collage of images and video. By just sliding the mouse pointer over the outer images, the pictures flicker through a short series of stills. Clicking on the image loads that particular video into the central stage and plays. This footage taken during an enactment of a passion play in the Dominican neighbourhood of New York. Leurs says the inspiration for the layout comes from Hans Memlings, Scenes from the Passion of Christ, a painting from the 15th Century depicting a architectural rendering of the city of Jerusalem, with the cycles of the Passion, taking place in the different quarters of the city. This connection with classical paintings, and Leurs homages to classic cinema, reflect an auteur-like sensibility and knowledge of cinema history that sets his work apart from much of the work found on Vlogs.

Despite this looking towards cinema for inspiration, it isn’t a sign of a longing for mass-market distribution and acceptance by the larger film industry. Instead, it shows an awareness of the continuum that both Adrian Miles and Will Leurs exists within. Contextualising the work in this way, is a way of asking for the work to be considered as something other than YouTube footage.

It seems to have a close affinity to Net.Art works, in the awareness and playful engagement with the constraints and connections that exist on the Internet, as well the technical affordances of interactivity. While YouTube is only just beginning to add interactive links and commenting texts to their hosted works, it is the independent, stand-alone practitioner that is to be looked to, for imaginative, creative and original ways of using the technologies.