Hackmeeting 2009: Meeting With The Debian Community 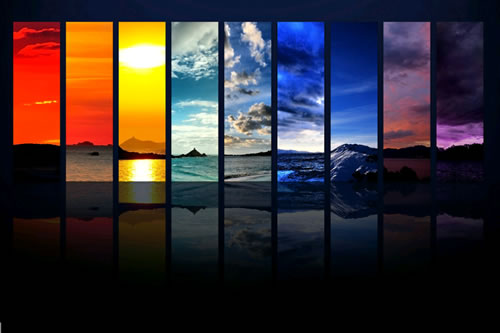 On the official website of the Debian project can be read: “The Debian Project is an association of individuals who have made common cause to create a free operating system. This operating system that we have created is called Debian GNU/Linux, or simply Debian for short. An operating system is the set of basic programs and utilities that make your computer run.”

Therefore, Debian is mainly a community (born in 1993) which links thousands of software developers around the world, united by devotion for free software. In other words, Debian is an open source system which is based on the voluntary participation of millions of active users who enter step by step in the community, characterized by rules and voting systems to deliberate on decisions to allow the optimal development of the platform.

This community during the years has decided to define the terms of this dedication in an actual social contract, the Debian Social Contract, so the user who accepts it has to essentially use in his Debian system only freeware software: Debian obviously allows the use of non-free software, but in this case the user will not receive the support of the Debian community anymore.

The operating instruments used to guarantee efficiency and continuity in the development are various: first of all, Debian supports 12 different hardware systems, and is therefore portable on several platforms (PCs, cell phones, hand-held devices…), furthermore Debian supports about 23.000 software components and programs of various kinds. Essentially, Debian is a stable system: sometimes there is a single maintainer who verifies the quality of a specific bundle, but other times there is an actual work team that verifies the quality insurance of the finished product.

There are several GNU/Linux distributions based on the Debian archive (Ubuntu is the most renown), and some of them have the possibility to enrich some software component, always respecting the so-called Debian Software Guidelines: these have later become the starting point of the open source community, and first they state that a software, in order to be used in Debian, has to be redistributable, second that a software must have an open source code, and then that integrity of the author’s source code must be respected, that there mustn’t be any discrimination against any person or group, no discrimination against fields of endeavour, and finally that the license has to be specific to a particular software and not extendable.

A model surely interesting to analyze and investigate. A project which led to an operating system which is unparalleled for its vast software archive and the hardware configurations supported, and which guarantees installation of exclusively free software. In this interview we deepen the important aspects of the project with Stefano Zacchiroli, Debian developer and researcher st the Paris 7 University, who was a guest at one of the most interesting meetings of the warm up to Hackmeeting 2009, called Peer to peer economies, held at the University of Political Science in Milan this past June 18, and presented by Adam Arvidsson, professor of Sociology of Globalization, with the participation of Magnus Erikson of the Pirat Bureau and Davide Biolghini of DES – Distretti di Economia solidale (fair trade economy districts)

Loretta Borrelli: The Debian community was born in 1993 with the purpose to write an operating system completely made of free software. 16 years later, what is the balance of this experience? How did the evolution of free software and the passage from a community of a few hackers to thousands of worldwide developers influence the project?

Stefano Zacchiroli: The balance of the Debian project is surely positive. It is positive in respect of the products released (that is the many releases of the Debian operating system GNU/Linux). It is positive on a communitarian point of view which, as you observe, has led to a community made exclusively of developers, a thousand people scattered around the world, and of millions of users and contributors. Even more, it is positive in respect of the free software ecosystem. Debian in fact offers the biggest archive of bundled software and of hardware configurations supported. This archive allowed hundreds of distributions GNU/Linux to base their products on the Debian archive, actually benefiting of the work made by Debian in the past 16 years. The most recent and well known example is undoubtedly Ubuntu, but at the same time, we are proud of the locally derived distributions, for example gnuLinEx, which offer free software to citizens of specific nations in their mother tongue. Basing their work on Debian, allows all the derived distributions to concentrate on specific necessities, and to rely on the Debian legacy for more general aspects. Ideally, everyone wins: the number of Debian’s users grows, and many developers (which wouldn’t have been involved otherwise) can send in “patches”. The growing number of developers contributed to the changes to the dynamics of the project, which most likely (I have been a developer since 2001, not very far from 1993) were different in the beginning. Particularly, Debian needs to acknowledge nowadays that the workforce involved in the project comes and goes, as it is normal in a “big volunteers’ company”. So in time we introduced mechanisms of Quality Assurance, so we can realize if some developers walk away even if they didn’t explicitly signalled it, and consequently realize when some bundles don’t receive the attentions they deserve.

Loretta Borrelli: The Debian community is so dedicated to free software they thought it could be useful to formalize this dedication into a document. That’s why the Social Contract was written. Like all social contracts, it includes ethical prescriptions about the behaviours to be kept inside and outside the community. What’s really impressive is that the contract is defined by you as a declaration of devotion to free software. Do you think these two aspects are compatible, like shades of the same concept?

Stefano Zacchiroli: The two aspects are totally compatible, they can actually be interpreted as a single concept: Debian’s social contract represents dedication to the free software philosophy. Free software — beyond the difficulty of defining it more or less accurately — is what we distribute (nothing else), together with the users, it is our priority; free software is what we contribute to, by “giving back” our improvements; lastly (and maybe this is the only point that can be seen as “internal behaviour rule”) free software is what we internalize in our way of working by not hiding our problems. Actually, after many years, we realized that the contract missed some behavioural rule for the community, but this doesn’t come as a surprise: the social contract is a “contract” between the project and its community. Rules internal to the project which are not about the community require other tools to delineate

Loretta Borrelli: In the last few years, there has been an increase of the use of free software in the market. Could we consider this particular interest as a natural predisposition of the market to adopt ideas, or is it only a certificate that the development model is valid?

Stefano Zacchiroli: I’d like to be able to answer that it is the validation of a development model by the market, but I think we are still far from this point. I think diffusion is, at the moment, nothing more than a qualitative validation of the free software, like Apache (to name an emblematic case) which showed to be better than their proprietary alternative. There are many more advantages to the free software for the “purchaser”, like a smaller TCO (Total Cost of Ownership), smaller risk of lock-in by the providers, and potentially a higher availability of service providers on a specific software. Unfortunately, there isn’t yet a sense of awareness of these advantages, and very often free software arrives in businesses and offices just because “it’s free”. I’m sure awareness of the other advantages will grow in time, as I’m sure that there will be more “actors” on the market who will be able to take advantage of the peculiarities of free software.

Loretta Borrelli: In the panorama of the worldwide economical crisis, do you think that experiences like that of Debian can be an example also for contexts different from the free software?

Stefano Zacchiroli: There are characteristics of free software which are hardly replicable in a context far from informatics. For example, distribution on a global scale is difficult for contests where the final results are material products, while it perfectly adapts to development of non-material products like software. For sure, the Debian project teaches us that resources, scarce in times of crisis, are not everything: Debian started as the dream of few people, but thanks exclusively to the will of many it became what it is today. In the specific IT market (Information technology), systems like Debian give the users to invent businesses which are more attractive during the crisis. For example, the migration to free operating systems is much more interesting today – when the weight of proprietary software on little businesses’ balance is significant – than what it was a year ago.

Loretta Borrelli: The Debian community seems to have a perfect structure. There is a leader that changes periodically through vote. There are debates where various topics are faced and solved. Still, the majority of development happens among people who may not even have met each other. An actual society, only scattered around the world. How do you mediate the interests of democracy with the efficiency of development?

Stefano Zacchiroli: To answer this question, I must make an introduction. There are many ways to get to know people, developers of a project like Debian can know each other even without ever meeting each other: they discuss, joke and sometimes argue like everybody does, just they do it using chats or mailing lists. Furthermore, very often now, the developers meet in person at conferences (like DebConf) or work camps on specific themes, often sponsored by relevant Debian users, like public administrations or big companies (we will never thank them enough for the support they give us!). Inside this group of people, who then know each other, it can happen anyway to have irreconcilable argues. Irreconcilable because are enthusiasts and therefore we have strong opinions, or maybe because simply the evolution of the world of software presents us with new challenges that we didn’t expect (new licenses, new code to “free” like the freeware, etc.). In these cases we resort to mechanisms of managing the disagreement as contained in the constitution, one of them is vote. There is no irreconcilability therefore, but we use instruments like the vote as a last resort, when all other manners tried to reach a consent have failed.

Loretta Borrelli: Debian is based on Linux and GNU Kernel. The last stable version is 5.0. What are, in your sincere opinion, pros and cons of this operating system?

Stefano Zacchiroli: I don’t think it is particularly interesting to evaluate the pros and cons of a specific release (since we continually release new ones, coming from all different distribution), instead it is interesting to outline the pros and cons of Debian itself, that is its style. The main pros of Debian are the vastness of its software archive (little less than 30.000 installation programs in the actual release), and of the supported hardware configurations; this extension is unparalleled. Together with this archive, Debian offers stability in time with long periods of security support and cycles of releases of about 18 months. Of course, it also guarantees (to those who are interested) that only free software will be installed, and this frees users from market choices that a group of volunteers will never be forced to do. The reverse side of the coin of the stability, maybe the main point against Debian, is the necessity to wait for 18 months in order to acquire a “new” software well integrated into your own installation. There are mechanisms available to mitigate the problem, i.e. archives like backports.org, but clearly they do not offer the same stability that is the trademark of Debian.