A New Center For Art & Technologies 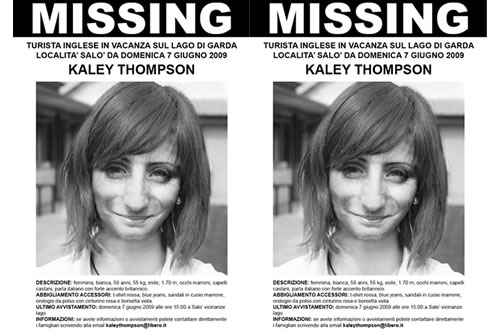 A new Center for Arts and Technologies was born in Brescia, with the payoff of “have an idea and put it into practice”, to identify the personality of the place itself and of the members of it.

In comparison to other international centres, like the digital media lab of Ljubljana, Rhizome, Eyebeam, NYResistor, Medialab Prado, or to more virtual organizations like Thing.net, Nettime, Spectre, Runme, and in Italy I might add Tinker and Digicult, the Center shares the exigency to bring out the possible relations between artists and tech experts, acting as a bridge between the fundamental aspects of the contemporary culture.

Do not mistake the idea of technology with that of an exclusively digital entity, all the contrary! Technology has to be multidisciplinary, linked to creative processes, intellect and collective relations ability. We could make a savagely compare the contextualization of technological object with the presence of a urinal inside a modern arts museum.

No profit Ualuba.org takes care of all this; following the first festival named “Medievalmedia” (its encounters took place at the LABA – free academy of fine arts in Brescia in September 2008), the organization felt the need to physically establish themselves in a “non-place”, in order to reaffirm the potential of physical aggregation between people, as opposed to the radical isolation caused by the Internet in the last years. These days a fertile context on national territory is born, for research and experimentation, committed to and celebrating collaboration and sharing while opening up to a direct relationship to all living beings.

This observatory on the elements of contemporary culture, could be defined as an activity of promotion and preservation of juvenile phenomenon, of ideas and projects that uses the mass media, new media and new technology language, in an innovative and unusual manner.

However, the Center for Arts and Technologies in Brescia also wants to be a place where works can be displayed: the “Do it yourself” culture underlying the project, generates a magmatic encounter, since it establishes that the game is not only played with mediums and instruments, but also and especially with messages.

In this context, the thematic laboratory activities in the field of information communication technology are a good omen, and during the summer they will be used to plan the future website of the project and its content, as well as the organization of the second edition of the above mentioned festival (temporarily named “There are some questions that can’t be answered by Google”).

Moreover, there are very interesting proposals of migration to free and open source software in the primary schools of the area, and this – probably due to next year’s cuts to the schools budgets – has met with great interest, actually favouring digital democratization. Finally, the Center for Arts and Technologies joined the Dorkbotbsa project, and made available space and mediums to it.

The steady collaboration between no-profit organization Ualuba.org and LABA – free academy of fine arts in Brescia – brought to the inauguration on the past 27th of June of a collective exposition called “Missing”, which gathers 59 first year students in Graphic Design, Multimedia and Photography, who exhibit graphical and photographic elaborations. Each creative artist, through a shared process, has built on himself invented images and stories, in order to destabilize the public; the promotion for the event has been based on an urban media hijacking and a collective digital communication, by using the pseudonym Kaley Thompson – an English tourist disappeared on the Lake of Garda.

This idea was born from the theoretical and practical path followed during the year, by studying many mass-media phenomenon, beginning with Orson Wells, going through the counterfeit Modigliani paintings until today, all this together with elaborated fakes actually revealing how post-production media carry highly filtered contents.

I’d like to conclude by inviting the readers not to settle for the website of the project, which is undergoing heavy updates and is now represented by a laboratory project called “Mashable Source News MSN”, a simple and effective method to exchange quick news, in a dynamic manner and through the classic formula of the social network; I suggest to pass by Brescia for a visit, or to subscribe to the no-profit mailing list.