The Discreet Charme Of Elektra 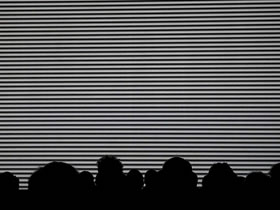 Elektra Festival is one of the most interesting festivals on the international scene dedicated to the avant-garde of experimental art and new media, that has taken place every year since 1999 in Montreal, a Northern American city with a European flavour, creative and lively, most of all when it comes to artistic production and promotion and distribution of art in general.

This year Elektra celebrates its tenth anniversary with a 10-day program, where there will be a wide variety of audio-visual performances, and numerous exhibitions seeded in various art galleries in the city, creating a kind of artistic tour. On the 7th and 8th of May, the Marché International de L’Art Numérique (International Marketplace for Digital Art), will take place for the third year running, a meeting between professionals who work in the field of digital art, that wants to install a dialogue between producers, journalists, artists and event organisers, to be able to share experiences and create new collaborations.

The Marché is held at the Cinémathèque Québecoise that, together with the Usine C, is one of the historical venues of the festival. This year I decided to visit Elektra in person for the second consecutive edition and digicult will be present at the festival to follow the event officially, interview its protagonists, report and critique the sensations and emotions of the proposed artists’ projects. Personally I am very fond of this festival for its high standard of quality, but also because, as opposed to other festivals dedicated to themes that deal with the intersection of art and new technologies, here I found an open, friendly atmosphere, projected toward the outside, confirming the fact that for a successful event like this the program, even if of high quality, is not enough.

Whoever has not yet had the chance to experience Feed, this year Elektra presents, for the last time in Montreal, the immersive exhibition by the Austrian artist Kurt Hentschläger (read the article and interview on Digimag26 July/August 07 by Marco Mancuso – http://www.digicult.it/digimag/article.asp?id=927). Feed is a sensorial experience, and through the use of sound modulation on low frequencies, 3D video, dense smoke and the use of strobe lighting, it takes the spectator to the centre of artistic creation, involving the audience in an overload of sensorial stimuli. Feed puts the limits of the human body to test in an extreme experience, so much so that the organisers make the audience sign a release form, in the case that, as has unfortunately happened during one the past editions, someone should feel ill during a performance.

The characteristic of Elektra is the intelligent and refined care for detail, which is mirrored principally in the choice of artists and projects, but also in the selection of venues, the layout of graphics of the catalogue and the website. For those who were present at Elektra last year, you will surely remember the Optophonica evening cured by the multimedia artist and producer Maurizio Martinucci (aka TeZ), the unforgettable opening night with the performance of “Mortals Electrics” by Telcosystems, “Unlimited Sound Objects” by Pe Lang and Zimoun and “PV 868” by TeZ. Even during the second evening, always at the Usine C, there was no room for disappointment with the audiovisual performance “Ten Thousand Peacock Feathers” in Foaming Acid by Evelina Domnitch and Dmitry Gelfand.

Based on these premises this year’s edition is prospectively even more interesting: it begins at the Usine C on the 7th of May with the Northern American premiere of “Openland” by Defasten and “Rheo” by Ryoichi Kurokawa, Friday the 8th Otolab start out the evening with “op7”, another premiere for the new continent presented by the Digimade Agency by Digicult, and then “Test Pattern” by Ryoji Ikeda is to follow. The evening will end with the local video artist collective Tind with the performance “Trame00”.

The premise of assisting a memorable edition of Elektra is in place, as it ends on the 9th of May with the special evening to celebrate the 10 th anniversary of the festival, with the live premieres of Arnaud Rebotini Music Components , and Antivj & Principles of Geometry, then a dance party and various DJ’s and VJ’s. Montreal is not just around the corner, but I believe it’s worth facing an intercontinental flight, be it for the opportunity to visit the city and the region of Quebec, but also to participate in Elektra 10. Or one of the future editions to come….