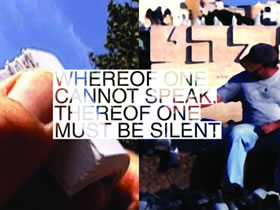 Towards the end of the ’90s, long before the whole world found out about web 2.0, social networking and co-creation online, Furthernoise/Furtherfield, a collective of activists and radical artists that was founded in the UK by Marc Garret and Ruth Catlow, focused their activity on concepts such as horizontal collaboration, sharing, involvement, openness, co-creation. In short they were turning the culture of individualism and D.I.Y. (do it yourself) into a culture of community and D.I.W.O. (do it with others), and artistic collaboration from contextual into relational.

Technology was still a limited, but rapidly evolving phenomenon, their resoluteness was endless and their goal was clear: to bring down limits, political, social, cultural and geographic barriers – be they real or imaginary – through the direct and shared experience of art, including digital art.

10 years on the concepts of collaboration, universality, sharing of topics and languages could not be more topical, and those good fellows at Furthernoise/Furtherfield couldn’t be more active. Digicult has recently interviewed them ( Digimag 35 – http://www.digicult.it/digimag/article.asp?id=1183 ) and visited them again during the media art, HTTP exhibition/event that took place a few weeks ago at their London gallery/workshop . The title of the show: “Whereof one cannot speak, thereof one must be silent” . The artists: the Israeli/ American video-artist Doron Golan, the English multimedia artist and educator Michael Szpakowski. The works on show are digital videos by both authors, some are personal, others the result of the long-lasting online collaboration between the two… who met for the first time at the opening of this exhibition.

The matter of the artists are digital videos and films: hyper-realistic, yet surreal and psychedelic, rarefied or low-resolution, in slow motion or fast-played, invariably transformed into something else. Both artists experiment with language and technique, using programs such as QuickTime and Shockwave. Doron Golan films daily life scenes in the Middle East (he often picks seemingly neutral subjects in order to send out clear political messages) and screens short passages in loop and with live-recording audio, transforming the seeming absence of a focus into the most captivating one.

Michael Szpakowski shoots daily life scenes, such as details of his back-garden, and transforms shapes, full and empty spaces, surfaces, colours and shades, dark and light zones, into an original pictorial stuff, accompanied by a minimal, repetitive and hypnotic music that he himself has composed. Here, simultaneously screened on opposite walls, their works create an environment that is simultaneously intimate and alienating, cosy and disheartening they are far away and yet communicating. After all, this is how they have been collaborating for years: from a distance, yet constantly in creative touch.

Since besides sharing, communication is another key factor of the group’s philosophy behind HTTP, the installation is accompanied by a brief (and unambiguous) essay by the electronic and hyper-literature art critic  and creator of the site/hub hyperex.co.uk – Edward Picot. In short, Picot points out that the art of Golan and Szpakowski is a product of the digital revolution. Without such a revolution, their expressivity wouldn’t have taken shape. Picot also points out that the two authors have had a significant share to this revolution.

They started by experimenting with digital films, the films were replaced by files, that they have then shared online to create dvblog.org, an online community of artists devoted to the genre. The activity on the site/blog has turned out to be vital to widespread the concept of file and ‘push and pull’ collaboration, to spread one’s own content and simultaneously receive the content developed by others, versus the previous idea of actively pushing one’s own content towards a passive audience.

If Youtube and other video-files sharing platforms are the concretization of this possibility, with its positive and negative aspects, the ideal cooperation between Doran and Michael is one of its first and most comprehensive expression.