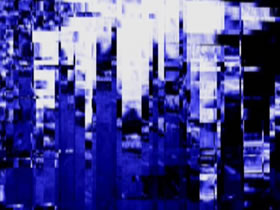 The Milan we know has been planned, starting from the 1950’s, in a way similar to that of the organization of work, the districts are separated by classes, the distances are calculated between workplaces and houses. You plan a specific family. You plan a certain type of house (…). The general feeling was that of a crystallized future, dominated by events mainly  incomprehensible and not to be participated to (…). In the ‘existentialist cave’ of 1950’s Milan, the traditional codes of the “Milanese” ballroom were replaced by the experimentation of new musical genres and new exchange methods between sounds and visions that in turn involved specific dynamics. The relationship of seduction was evident in the liberation of the body moved by musical rhythms, not anymore by the ‘classical dance forms’ of the dance hall. People’s looks are freed of the bourgeois aesthetics of the ‘jacket and tie’ . – [John Martin, Primo Moroni, La Luna sotto casa ]

With a double reference both to the “existentialist caves” of 1950’s Milan and the experimentation of Andy Warhol’s “Exploding Plastic Inevitable”, “Exploding Cave” is a 2-days event that will be held in Milan on April 17 and 18, in the spaces of Cox18, structured in a series of meetings, workshops and performances that investigate the relationship and the least common denominator that ties cinema, sound, video and digital arts.

Organized by the same Cox18 with the collaboration of Digicult, Exploding Cave suggests the idea of an explosion, of an effort to “go beyond” the normal audiovisual perception towards multiple directions, both in the practices of audiovisual creation and in the performative methods. It investigates the phenomenon of the “optical unconscious”, the concept of matrix, the analysis of both production and fruition forms that work to the rediscovery of a primary root of the audiovisual language, a common core at the base of the contemporary dialogue among cinema, video and digital arts.

Exploding Cave revises and desecrates a complex machinery, bringing to rapid combustion the images and sounds of the cinema-cathedral of Hollywood, of television and of the social (anti)media; it is a sudden storm for the expansion of stories, hallucinations and extraordinary dreams, but it is also a concrete demonstration of experiences, knowledge and criticism of the present; it opens a tear on the harmonic visions and on today’s most deafening noises.

In a city that builds and models the social spaces through mechanisms of exclusion and consumption, in contrast to the municipal politics of repression and evacuation of autonomous spaces and self-managed realities in Milan and in Italy, Exploding Cave wants to reconstruct paths and moments of synthesis between experimentation of new social and creative forms, and involvement of other independent cultural realities in town, like JointSventure (http://www.myspace.com/jointsventure), Vocecov (http://www.myspace.com/vocecov) e Dorkbot Milano (http://dorkbot.org/dorkbotmil/).

A space therefore built to overcome the typical spectacular construction of an event (creator and spectator, speaker and listener), with the purpose of creating a more open circle, less centered on the performance but based rather on the sharing of knowledge and experiences. In concrete terms, a moment to give the floor to the artists / artisans and the machines / software they use for their audiovisual production practice.

On Friday April 17, there will be the opening of Exploding Cave , devoted to the relationship between sound and images, expressed through dynamics of research and experimentation especially in a performative context. An evening full of digital aesthetics, between noise sounds, glitch, electro, 8bit and generative visualizations of graphic codes in movement. The first live set will see the duo Komplex (Mariano Equizzi and Paolo Bigazzi) that will introduce their live audiovisual set “Blood Electric”, where the reading of the homonym cyber-text, through a clock fixed in bpm, produces a constant flow of data that are destined to the controlling of visual effects and sound generation: the sequence that is so produced is controlled through the I use of wireless sensors, and fed by a series of pre-registered images.

Later the audiovisual improvisation live set consisting of one of the most important names of the international idm/electro/punk Otto von Schirach (Schematic), and of one of the members of the Milanese collective otolab, Orgone. A live set which is expected full of energy and improvised elements, pushed towards the search of a total audiovisual and sensory involvement of the audience, something in between hardcore electronics and generative graphics. Lastly, the 8bit music of one of the most interesting names of this ever rich musical scene, the Swiss Stu, that for the occasion will cross Game Boy and Atari with Milanese Tonylight, who has been promoting this genre on a national basis for years.

Saturday April 18 will begin with an afternoon workshop with artists/hackers/designers that work on the thin line between creativeness and technological experimentation, realized in collaboration with Dorkbot Milano: the objective is to build new tools and innovative platforms for the audiovisual production. The first appointment is with the newborn Popular Electric Laboratory (L.A.P.), consisting of the eclectic Milanese artist Tonylight and Peppo Lasagna, with the intention of planning and building electronic tools for audio/video applications, of developing open source interfaces fit to create sounds and images, videos, lights. For this event, LEP introduces its last projects: “Leploop”, a small analog synth to produce music (http://tonylight-leploop.blogspot.com) and “Videomoog”, a video synth to produce images of synthesis able to follow music. During the presentation, various prototypes will be observable, and it will be possible to listen to, and try, the tools, apart from exchanging ideas on the projects.

The late afternoon will be dedicated to the presentation of the Videoscreening cared for by Claudia Di Alonzo and Marco Lorenzin: an endless cycle projection of films, videos and short films, will then be held at night in the spaces underlying the area where live shows take place. This time we start from the sound experience, in order to directly connect it to the re-appropriation of images and preexisting films (found footage). We will move from the combinatory game by Alberto Grifi (Verifica Incerta), to the ironic contamination of films by Bruce Conner (A Movie; Mongoloid; Mea Culpa); from the collages by Stan Vanderbeek (Achoo Mr. Kerrooschev), to the anticipations of the video scratch by Dara Birnbaum (Technology / Transformation: Wonder Woman; Pop Pop Video); from the re-appropriation operated by René Viénet on the dialogues of an Hong Kong martial arts movie ( La Dialectique Peut-Elle Casser Des Briques?) to the ironic and disrespectful de-construction of voices and gestures by Johan Soderberg (Surplus; Read My Lips; The Voice); from the criticism of the television images through repetitions, slowing down and overlaps by Duvet Brothers (Blue Monday; War Machine) and Gorilla Tapes (Death Valley Days), to the improvement of the scratch video brought by the collective EBN (Commercial Entertainment Product), a technique that derives from the revolution of sampling and remixing sounds born during the 1970’s in the Bronx, with Hip Hop. The screening will be closed by the mash ups of Eclectic Method (U2 ZooTV Remix) and the trailers on commission of AddictiveTV (Snakes on a Plane; Iron Man).

On prime time Saturday, there will be a meeting with the artists that will perform live during the evening, introduced and moderated by Marco Mancuso. This will be the chance to get to know from an insider point of view the “modus operandi” of all musicians, video artists and designers involved – an “open-machine” meeting.

The night is finally devoted to the live performances in the central hall. Echran (Fabio Volpi, Davide de Col the and Accursio Graffeo) is a project of audiovisual research where a cinema environment is created in which the soundtrack influences and deforms the movie materials used in the live visual set. Echran offers a live set split in two parts: in the first one “Stardust” the visuals develop starting from a sequence with a close up of Charlotte Rampling’s face, in the second, the visions of A.Tarkowsky are reconstructed through some of his famous masterpieces, like Solaris and Sacrifice. Later on, the audiovisual live set coming from the second production of Exploding Cave with the participation of JointsVenture and Vocecov: the electro-acoustic improvisation group In Zaire (Claudio Rocchetti + G.I.Joe) will take the floor in an energetic performance halfway between electronic, analog and percussive sounds, accompanied for the occasion by the special visual and cinema talent that is Virgilio Villoresi, for a totally exceptional AV set, very motivating and exciting for the audience.

Finally, one of the historical names of the club / underground scene of Milan, Dj Pier, will accompany with his techno / electro sounds the projects of sonorization of “Dillinger è morto” (live editing of the 1969 masterpiece by Mark Ferreri beginning from a sampling of the work in 69 parti and 19 details) and “CINEmatic eXperience” (vjset), remixed in real time by ilcanediPavlov! Project by Alessio Galbiati, focused on a live performance with a special attention to the cinematic image, which was born as a part of DJCINEMA and quickly became a performative project. ilcanediPavlov! collaborates since its beginning with the cinema culture digital magazine Rapporto Confidenziale.