Alain Thibault: Elektra From Past To The Future 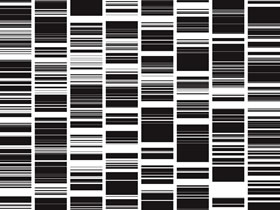 Hereafter we will carry on an approach analysis on Elektra 2009, with the tenth edition of the festival of the Audiovisual Art research and the New Media Art, which is the most interesting and complete in the entire North American territory. And in general one of the finest on the international scene, as well as one of the most appreciated by the artists. This should never be underestimated, in my opinion.

For the April issue, I found it appropriate to have a direct talk with Alain Thibault, pioneering artist of the synesthetic and immersive relationship existing in the audiovisual field, together with the artist Yan Bruleux known as Pureform. Alain is also the famous artistic director of Elektra, as well as distinguished promoter of the development, growth and consolidation of an entire artistic movement, as well as a cultural and professional research that in the last decade set Montreal on an international artistic experimental area through new digital technologies.

As it is known to all those who have been at Elektra at least once, to all the artists who are invited to perform, as well as to all professionals who meet every year at the International Art Market, the work of Alain Thibault does not “just” mean to select and decide about which works and artists will perform, but also to promote Elektra at the international level, and link it to a series of realities, festivals, research centres, journals, critics and curators, that can bridge the geographical gap that separates Montreal and Europe, this latter being the centre of the market and digital artistic production.

When I was invited at the first edition of the International Art Market during Elektra 2006, I had exactly the following feeling: while visiting other art research centres in the city, in which numerous places and spaces are associated with the Market, as Hexagon or SAT, I realized the importance of the work of Alain Thibault and of the springboard for Elektra’s artistic and cultural promotion among the French-speaking artists. That is a task I greatly consider, as director of Digicult together with the agency Digimade. This confirms how the role of the curator should be today (at least in some cultural fringe situations, in which Italy is certainly involved for many reasons) a more complex figure, comparable to that of a cultural operator, able to network and share ideas and projects, who can work not only for himself but for a larger project and for a wider view.

Apart from being a great festival that provides an insight on audiovisual research projects in the form of performances, interactive installations, robotics, new media art, Elektra is also and above all a platform for cultural sharing, to which Digicult will take part again not only with “covering” the festival with interviews and further reviews, but by presenting at the North American premiere the live “OP7” by Otolab. Let’s listen to Alain Thibaut himself about further details on the tenth edition, which will be held in May, from 1 to 10, at UsineC and in other areas around Montreal …

Marco Mancuso: This is the tenth edition of the Elektra festival and I know that you are preparing a really special edition, 10 days performance, live events and meetings. Would you like to give us a preview? Which artists will be there? And what do you expect from Elektra09?

Marco Mancuso: You’ve been running Elektra from the very start and also as an artist, you’ve been for many years involved in the development of the Audiovisual and the New Media Art Festival. Compared to the first editions of the festival, what , were the changes? What were the directions in response to the changes and developments in digital artistic creativity?

Alain Thibault: ELEKTRA is produced by ACREQ, a company that manages electroacoustic concerts founded by the ea composers in 1978 . I was appointed as artistic director in 1993. I thought about it as a long cross fade between what this community was expecting and the future of this style. Elektra has become an audiovisual event with a strong component of experimental music combined with visual elements of any kind, video, robotics etc … Because of our music roots, performances and concerts are very important for us. Elektra is now a festival of digital art. Not only we present “exhibitions” but installations (of audio or interactive kind), screenings, conferences, shows, and so on … So, exactly from 1999 we started to present artists as Granular Synthesis and Pierre Henry, and then we moved slowly towards new media artists and musicians interested in audiovisual performances.

Currently we are very interested in the immersive works. The fourth representation by Feed, that is the Austrian artist Kurt Hentschalger’s seminal work, is an excellent example of the audience interest in that type of work. The success that we found among the audience was really important to get more financial support, as well as gratitude. It was a relative success, of course, because we focus on experimental work, not on techno parties.

Marco Mancuso: What has changed the internal structure of Elektra in recent years? There was the Elektra Lab, the International Art Market and so on. How much are these changes important for you? I would like to know the artistic director’s point of view?

Alain Thibault: Well, certainly these progresses we had, really let us stay much longer in touch with the other continents, especially with Europe where the practice of Audiovisual Art and New Media Art is very strong. In North America, after the island of Montreal there is a desert. From Toronto to Vancouver nothing important is happening in our field. Just as in the United States. Almost nothing. I really believe that what we do or exhibit is the future of art. It is essential that people know this way of displaying art (a special thanks to the younger generations that are less technophobe than us). The International Marketplace for Digital Art is therefore very important to create a network of producers interested in the exhibition of digital art experiments.

Marco Mancuso: In 2006 I was invited to the first edition of the International Art Market and I remember it was a really positive experience, sharing ideas and projects in festivals and cultural networks. How did the project grow over the last 3 years and how are you developing your original idea of a link between Elektra and a network of international festivals and realities? Can you show a concrete example of an average project developed between Elektra and the other partners?

Alain Thibault: As an example, many Canadian artists were invited to many festivals European festivals. For example, Tvestroy was represented this year at Nemo in Paris, at the STRP in Eindhoven, at the RIAM in Marseilles. The magazine MCDm Musique Digital Culture invited us at the Maison des Métallos last September to present installations by four artists from Montreal, with the addition of an evening of performances by Bill Vorn, Jean Piché, Yan Breuleux, Thomas Begin, Matthew Biederman and me. Bill Vorn is presently showing its robots in Maubeuge and Creteil (Exit festival) and we are preparing a small tour for next September in France and Holland. Elektra was invited at the Grand Palais in Paris for a week of audiovisual performances, with artists and researchers of Hexagram. Lastly, we were invited by Sonic Acts in Amsterdam, Arcadi Nemo is producing a new work by Herman Kolgen which will be shown exclusively to the Elektra audience at the Market. We are also organizing in Montreal the exhibition of artists from the state of Winninpeg. *We experienced that this process of collaboration requires a little time to activate, but the results are growing exponentially.

Marco Mancuso: This year, Montreal (with Quebec) is celebrating ten years creation and development of new structures in the field of new media art. How is Elektra linked to other creative and productive realities in the city, as for instance Exagon, SAT and others? Do you share knowledge, ideas or projects? Did they play an active part in Elektra?

Alain Thibault: Our idea is based on mutual help. We are interested in submitting work for the artists associated with Hexagram and SAT, for example. And these artists need a place to display their works to the community. So, we are a perfect complement. They know that we care about all technical aspects of each presentation. And now, as they can access to a large group of international producers through the market, they have the opportunity to present their works outside Canada.

Marco Mancuso: I know you would find it hard to tell it, but who do you think is the artist or which is the project, or even the season along the last 10 years best embodying the spirit of Elektra, that you tried to share with the audience and artists?

Alain Thibault: It’s bizarre, but many people think that art created with technology is “without soul”, or does not have emotions. I must say that the works that I remember most are the ones where I felt the strongest emotions. I think that digital art has the ability to arouse true emotions, as if something is really about to happen, but everything seems under control. I will always remember Modell 5 Motion Control of Granular Synthesis. It was presented during two evenings in 1997, before the beginning of Elektra, at Usine C (plus an additional evening during Elektra 2000). The combination of visual elements and sounds was pretty impressive. I could hear the movement of the air between my legs and my trousers. Even the subwoofer (on this occasion there is a wall dedicated to them), pushed the air up to my nose. I had to try not to breathe ….

Then Feed from Kurt Hentschlager was certainly a very important project. The first time I saw the work I thought: okay, this is really what happens when you die. The final immersive work . Then there was the installation Spatial Sound:100dB at 100km / h, by Dutch artist Edwin vander Heide and Marnix de Nijs. A great interactive work, with a machine producing magnificent sounds. You are scared to receive the speaker in your face while running very quickly. But that’s not happening!.