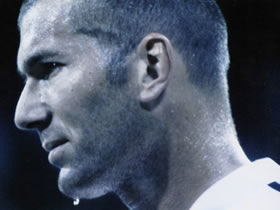 I would like to begin this presentation of the work of a great French video artist and experimental filmmaker, Philippe Parreno, with two specific terms: “acquisition” and “definition”. These are living a new semantic splendour inside the vocabulary of new technologies, mainly connected to the world of images, or the properties of images in function to their relationship as objects, even if virtual objects.

I will not delve into the relationship between digital image and objectivity, a combination that I will leave to a more precise elaboration, but I will consider those terms and their function in relation to images. What is “acquisition”? In every day language, the term acquisition is referred to the absorption of particular data: we acquire in order to obtain something within our system. But regarding images, “acquisition” is the direct action between the object-oriented world of the physical support of the image and the virtual world of the computer, or rather their elaboration and revelation as pseudo-objects, entities, that live in their own state.

We acquire a digital image, be it in movement or static, to allow it to be shared and developed in the way we see fit: if it should continue to live in the virtual universe, modified or not, or if it should be developed and made into a physical object such as print (for static images).

But what do we mean by, or what is this new vocabulary: the word “definition”?

Aided by a conversation between Hans Urich Obrist and Philippe Parreno, we notice how the problem of “definition” enters into a relationship with the state of new images: “From the 80’s onwards, Sony and Thompson have faced the theme of resolution. The point is not to produce images, but to produce images with a good resolution”. Resolution does not become the central problem around the image, but allows us to realise what the formal aspect is. The internal dynamic of resolution is the process of composing the image; its revelation shows the unfolding of elements that make up the image, the pixels, that are the atomic fabric of its surface. But all this is not so simple.

The problem before the digital era, in terms of resolution, or more precisely in terms of definition, was connected materially to the composition of the film. Greater definition was intended by the size of the film grain and incisiveness of the image. In this case the image had a hierarchy that at its height had the total restitution of the “real” and at the lowest point a purely expressive function. The low resolution was a reference to the large consumption and distribution of the image.

In an era of continuous evolution of resolution, the attention towards ultra-fidelity of an image is stronger and more resistant. An image with a greater definition dominates the research of the common consumer. There is not the simplest acquisition of the image, but there is a search for the image with the highest resolution.

Parreno underlines: “When teaching a workshop in an art school, today, you realise that the resolution is the biggest problem for beginners. A typical question is: “your idea is good, but is it defined?”. There is still a tendency to resolve a problem inside a form”. This formal problem is not irrelevant to the analysis of Parreno’s work. The attention to form and definition of his work, in terms of “defined” or in terms of resolution is a continuous part of a necessity of development. In a work such as “El sueño de una cosa “(2001), Parreno’s work is quite emblematic.

e projects a film onto Robert Rauschenberg’s “White Paintings”, a vision of a North Pole landscape, so that after 4’33” where Rauschenberg’s image remains visible, his image takes its place, like a fake that doesn’t leave a trace, it acquires a shape, a historicised resolution, rewriting it in a modelling process of the image, on the one hand leaning toward a kind of “ready-made” aspect in art, on the other a kind of grade zero, where the definitive state is reinvented in a given form inside a specific support, for a continuous recreation of the moving image, that may change infinitely. A shape disappears or rather becomes the support of another shape, art inside art, but with the unique objective of substituting the formal plan of its belonging. There is not a formal problem but there’s a problem of surfaces: the path of the image on a shape, its movement, its immobility and unfolding of all its signs.

Philippe Parreno’s attention toward the process of an image is well-known, how its content overflows, to use one of his expressions, and this can be seen in more than one work of the artist. In a film like “Credits” (1999), inspired by Pasolini’s theory in “Empirismo Eretico” (1972 – Heretic Empirics), Parreno reconstructs an image through an investigation on the land of Grenoble, more precisely ZUP (areas of primary urban development), and he does this through many points of view. Pasolini talks about the theory of multiplicity, of the points of view necessary for the observation of an event: in other words to register the exact image of a situation, more perspectives of such an image are needed in order to harmonise it all in one great “ensemble” of glances. Only in this way can the spectator see the situation in its entire complexity. In Credits, this concept is applied to the reconstruction of a mental image of a situation, more than its revelation. Interviewing people involved with that particular urban development, Parreno creates an image through many points of view, a materialised image in the mind of the person telling the story.

Parreno’s most ambitious project is without a doubt “No Ghost just a Shell”, carried out with the collaboration of Pierre Huyghe, a French artist interested in the processes of construction of an image and a structuration of visual texts. Parreno and Huyghe acquired the rights to a manga cartoon character that isn’t too famous, Anlee, acquired from a Japanese agency, “Kworks”. The existence of this character was given to different artists, who made it their own and filled it with their own signs. We are inside a very interesting territory within the development of identity connected to the consumer industry: Anlee keeps a fixed surface in every work, working as a shell (from here the title that hints to another manga production, which was very well-developed and certainly pertinent to the basic idea of Anlee), which each time is filled with signs and developed around different ideas. Anlee is an artificial reality that pushes a character away from death and forces the reinvention of its destinies beyond the confines of identification and recognition.

Philippe Parreno’s most recent work that I would like to talk about, comes about from a collaboration with another artist, Douglas Gourdan: the title of the film, which is famous and very successful, is “Zidane”. The cinematic experience in Gordon suggests a certain connection to the theoretical and artistic interests of Parreno, mostly concerning the elaboration of an image; his Psycho 24h manages the time of the film as a sculptural implant of interconnected forms with infinite limits of visual surfaces.

The choice of Zinedine Zidane, footballer and captain of the French team that won the World Cup in 1998, for this cinematic portrait, is not by chance. Zidane, who has great value and media attention, is a symbol for a football universe of French supporters and many others. The portrait by Parreno and Gordon takes place in the territory of the development of this myth, the stadium. Here, we follow the game, without detaching ourselves from the football player. Special filming technologies allow us to follow the footballer everywhere, without interruption, with such insistence that the fruition is evermore direct as we progress into the film.

We are faced with a possible.