From Sociology On The Net To That With The Net 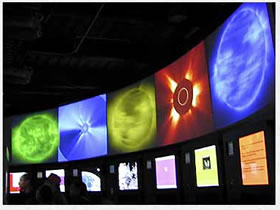 In its almost fifteen years of life, the Internet has become an well-constructed data environment which closer and closer mirrors the information exchange that peoples society.

Among the numerous speculations that have marked its most well-known part, that is the Web, we can ascertain that, with the beginning of the 2.0 issue, the possibility to monitor the users has surely increased: the Net offers today unending measuring possibilities, being accesses or optional choices, bank transactions or collaborations, ranking programmes or profile analysis to be counted.

Peaking of this, we can ascertain that the quantitative and qualitative evaluation of groups is one of the main activities in one of the most important sciences of society, that is sociology: as a matter of fact, this subject was born thanks to impressionist theories on the quantity of masses, grew with more scientific tools such as statistical techniques and got lost when it split into numberless branches, such as mass communication for which the subjects to analyse are above all the audience of broadcasting technologies, or sociology of consumption, which mainly quantifies and analyses the consumption habits of citizens.

Nevertheless, very few sociologists asked themselves if the Internet can offer the tools to understand the overall change of society or if it can just solve more macro-sociological issues, which deal with large scale characteristics of the social structure of groups and roles, and not just with psychological influences or the interactions of little groups; the last one the interaction of little groups seems to be also the focus of another branch of sociology, namely computer mediated communication or sociology of telecommunication systems.

he issue has been recently brought up by the sociologists Josef Wehner and Jan-Hendrik Passoth of the Universität Bielefeld, while proposing a convention called “From the class to the cluster: on the relationship among media, measuring and socialization” [Von der Klasse zum Cluster  Zum Verhältnis von Medien, Messungen und Sozialität], which will be held in Bielefeld on the 30 th and 31 st of January 2009 and in which the participation as lecturers is still open ( http://hsozkult.geschichte.hu-berlin.de/termine/id=9709 ).

The paper proposal says: “in the beginning, forms of measuring and numbering citizens, consumers and spectators subsisted in mass media informative environments, in which the frequency of messages, their average and the tolerance toward redundancy phenomena were worth the most. It was a question of understanding what the majority of citizens were thinking, what the majority of consumers were buying and what did televiewers want to see.

hese interests reflect themselves also in the Internet-environment: the top lists, the averages and the access frequencies can be constantly monitored, but still they don’t exhaust the potentials of measurement of mass media behaviours because, thanks to the tracings of consumption habits or of the change of social networks profiles, it is possible to compile in real time forms of affinity measurement in much more complex groups than the usual social classes”.

This long quotation allows us to focus on the new qualitative and classification tools that the Net offers or may offer as guidance for sociology: which may be the new taxonomies formulated according to preferences, memberships, migrations and disappearances from determinate websites in comparison to others? Which are the forms of social inclusion and exclusion? Which are, finally, the theories and the concepts that concern these issues?