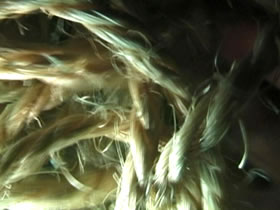 Digicult is a media partner of the 19 th edition of Riccione TTV Festival , the biennial event of theatre, visual arts and new media, running from June 12 th to June 15 th in Riccione, with unusual and significant locations in the city.

TTV is a unique and world-famous event in Italy, with a twenty-year-old tradition, that since 1985  when it was created, under the direction of Franco Quadri  stood out for its concern about research and experimenting in the context of hybrids of theatre, visual arts, videos and television. In the new festival edition, ” Confini “, what stands out is the interest in experimenting, different kinds of languages and innovative and heterogeneous works, that are not new but contemporary, able to analyze the different realities of art and human contexts.

The places carefully chosen for the festival are different from each other to show the different aspects of the city: an old holiday camp, the rooms of Lodi Fè and Franceschi villas, school rooms, the posh rooms of Hotel Sixty and the Palace of Tourism. The festival events will take place in these significant locations in the whole city of Riccione, creating new sensations and reflections.

o better understand the choices for the new edition, I interviewed the creators of Riccione TTV 2008: Fabio Bruschi, director of Riccione Teatro and curator of the festival since 1995, and Andrea Nanni , the new art director of TTV since 2008.

Silvia Scaravaggi: Fabio, how is the physical and mental condition of TTV in its 19 th edition?

Fabio Bruschi: Its physical condition is fine, but its mental condition is great. TTV has constantly been working for 25 years, thanks to the production of Riccione Teatro. We could choose who we wanted and, for this reason, our staff, leaded by Elisabetta Ceconi and Antonella Bacchini , is enviable. It is like an athlete whose diet is poor: this is caused by politics, by those councillors who don’t know what are their roles and don’t know what is the difference between managing and being art director. This year 10,000 euros have been cut out and two years ago 20,000 euros were cut out, to finance entertainment projects in Rimini, but I think this money was taken away directly from the young Italian artists.

Silvia Scaravaggi: Let’s talk about this edition, “Confini”. What are the themes you chose for it?

Fabio Bruschi: One of the most important themes are obviously the generational differences: Teatro della Valdoca, Levé’s exhibition, Guido Guidi’s photography together with the 1990s generation representatives, such as Motus, and the latest generations such as pathosformel artists with two installations like “La timidezza che nasce delle ossa”, that was part of their degree thesis at IUAV. And it’s the same for Belgian part of the festival, with three different generations: Thierry De Mey, 45 years old, who works with the best artists of Belgium; Antonin De Bemels, 30 years old; and the youngest artists such as Karen Vanderborght.

Another important theme is the geographical dimension of the title and of the most significant project, “Al margine di Motus”: a borderline between Riccione and Rimini, a geographical and temporal border. In these Marano places, far from the tourist areas, the ill children were isolated. It is also a temporal border, a reflection about architecture ruins: these buildings, once used by children, were abandoned for decades and used by tramps, rock bands, and now they’re becoming wellness centres or posh hotels

Andrea Nanni: Another essential theme is the documentary video. In this edition we’re going to present some important retrospectives and anthological exhibitions. The retrospective, with a photo exhibition, about Theatre Du Radeau is a perfect chance to get to know one of the most famous group in Europe, because its work is like a constant research and there’s no need to show an old work when there are new ones. This company has no repertory, and for the first time it is possible to see all its works.

Moreover a new element is the focus on a European country, Belgium. TTV has always been interested in dance; so we thought it was essential to take into consideration Belgium, a sort of dance heaven, where institutions helped this kind of activity.

Fabio Bruschi: TTV is not an innovative festival, it is a festival that selects contemporary art and chooses the most significant examples. One of the traditional elements of TTV is the interest, since 1985, in television. There is a lot of snobbish festivals, especially in Italy, where television is seen as a dead dog; generalist television isn’t fashionable, but it exists and since 1982 it influences the political life of the sixth economic country in the world, and it changed the aspect of generations.

This year there will be tv celebrities such as Daniele Luttazzi , awarded for Decameron , Franza di Rosa  who, together with Serena Dandini, invented a new kind of smart entertainment like ” La tv delle ragazze ” , and Enrico Vaime , who in 1963, when Premio Riccione event was organized by Teatro Stabile in Bologna, won Nettuno d’Oro prize. Vaime was very clear: people takes what you give them…There will be Carlo Freccero , who said that “generalist television is the only television”, it is a public space, a sort of common.

Andrea Nanni: In the program of this edition there are three innovative elements. First of all, our interest in young artists, thanks to the support of POGAS, the Ministry for young and sport policies; the innovation is in Concorso Italia , a videomaker competition, divided in two categories, under-35 and over-35, with a production award for the section of Nuovi Talenti , that offers the possibility to produce a work for the 2010 edition. And finally, the third innovative element is our attempt to create a strong connection between the two sections of Riccione Teatro TTV and the new dramatic art through Premio Riccione per il Teatro and Premio Tondelli. This year in the under-35 section a videomaker will be awarded for his video-theatre production, to make a video inspired by the winner work of Premio Tondelli .

Silvia Scaravaggi: In Italy, which of your partners have been and are the most significant?

Fabio Bruschi: TTV is an anti-fascist festival. It means that we pay attention to everything is vital. TTV is a son of Premio Riccione, that in 1947 was won by Italo Calvino , when he was 24; in 1985 Pier Vittorio Tondelli was awarded and he promoted young artists. My festival policy has always been anti-innovative, but we are always interested in original, contemporary and up-and-coming arts. We have particular relationships with some companies, such as Motus, Zapruderfilmakersgroup, Carloni & Franceschetti, Societas Raffaello Sanzio

We also work in London, through relationships with the Art Council, artists, producers, BBC and Channel Four…

In Emilia Romagna, a polycentric reality, we’ve always had relationships with the city of Bologna, TPO , Zimmer Frei , Link and Anna de Manincor. It is a complete network: from the community center to the university…

Silvia Scaravaggi: I think there are few Italian and creditable festivals that promote young Italian artists. This year you’re going to present two installations by pathosformel, really important at Premio Scenario 2008. I’d like to talk about the projects of the TTV young Italian artists: Nico Vascellari’s special event, “Conversazioni” by Zapruderfilmakersgroup and Silvia Bottiroli, set in five hotel rooms with the five winners of Premio Tondelli…

Andrea Nanni: I was really impressed by ” Revenge ” by Nico Vascellari, a sound performance at Venice Biennial, with a wall of speakers, and he interacted with the different sounds. When I called him, the first idea was to present just the video, like a video-installation. The images would be projected on a burned wood table of four per three meters. But Vascellari also decided to build a sort of path in the larger festival path: four bands were invited  Octave, Nastro Mortal, Kam Kassah, Olivetty  that each night will perform by manipulating the performance sounds.

” Conversazioni ” is an amazing project: five video-conversations with the winners of Premio Tondelli past editions  Mimmo Borelli, Davide Enia, Stefano Massini, Fausto Paradivino, Letizia Russo  in Hotel Sixty, where each room is decorated by different artists. In this edition the work won’t be presented through videos, but public will enter the decorated rooms and will have the possibility to listen to the conversations in the next rooms through speakers. The event will be running from 4 p.m. on June 13 th to 4 p.m. on June 14 th , no matter what time. On June 14 th , in the rooms of Villa Lodi Fé, the whole project  video and sound  will be presented.