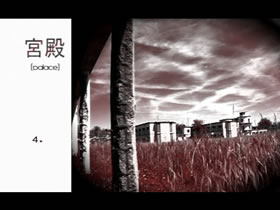 In Greek mythology, Electra was a daughter of Agamemnon and Clytemnestra, and was a sibling to Orestes and Iphigenia. After her father was murdered by Aegisthus and his lover Clytemnestra, Electra and Orestes decided to revenge their father and their family.

Electra inspired many literary writers, from Aeschylus, who wrote Oresteia , to Sophocles and Euripides. Recently there have been only few important artistic works of this kind in theater, television and cinema. Here are some examples: Elettra di Euripide , Spoleto 1993 , by Massimo Castri ; L’impossibilità di recitare Elettra oggi , Rai 1969, by Collettivo di Fabbrico (conceived and directed by Ròska, Dominique Isserman, Manrico Pavolettoni) after the takeover of a cinema in Fabbrico, Reggio Emilia, in 1968, thanks to the collaboration of Godard, Living, Volonté and others; Elettra by Sophocles , Rai 3, Piedmont region 1987, by Tonino De Bernardi with non-professional actors; and finally Orestea by Aeschylus , 1972, by Luca Ronconi . Obviously, we need to mention Notes Towards an African Orestes , 1975, by Pasolini .

The young and talented Alessandro Brucini starts his project from the myth of Electra, and puts together his own amount of references and literary quotations. With his elektraZenSuite video he won international awards. In 2003 this videomaker and multimedia graphic designer began the project of ALE , an independent audiovisual production ( http://www.alenet.eu ) . Some of his documentary videos: Il trionfo della Morte (2004), Parlata con Adriano Sofri (2004). Some of his experimental videos: treeGreen (2006), Geisha (2005), Schätzungsraum (2005). Some of his fiction videos: Momento Presente (2005), Essere Felici (2004).

elektraZenSuite is an exciting and disturbing version of the revenge-play concept. Here, unlike the original myth, the main characters are two women, a mother and her daughter. The title suggests a plot reduced into pieces: zen philosophy, the Japanese sword art, wuxiapian movies (Chinese cloak-and-dagger genre), samurai from Kobayashi and Kurosawa cinema, and Silvia Plath, Tarantino and Lars von Trier ( Medea ). And, most of all, Carmelo Bene with “his traditional re-construction or de-construction of the text: Hommelette for Hamlet by Laforgue where the main rule was to create a collage-text”.

Brucini studied subjects related to theater and cinema, and his collage-text definitely de-construct the original order and plot to add unusual inserts such as Shakespeare’s Hamlet with monologues about Electra , the woman that, just like Hamlet, has to take the final decision: to kill or not to kill?

Indeed, Brucini seems to create for Electra a Shakespearian feminine plot, a “mono-play”, without any unnecessary elements, like extra actors, subtitles. Even in the Greek chorus we can find an extreme formal simplicity in places where it is possible to foresee the future tragedy, and where the actors neither play nor talk, neither see nor hear, they just think. They think about the future blood action: “It will have blood, they say; blood will have blood” ( Macbeth ). Even if some parts are not represented, the main theme is always present: it’s a process of re- and de-construction of a source text, a text full of free visions, words, snapshots, that refer to the hidden part of characters’ psyche. Characters are usually in the foreground or in close-up through fast shots and reverse shots, and constant and slow camera movements emphasize their silent and tense moments. What is really amazing is the framing with really unusual cuts to underline the ritual expressiveness of every gesture and the symbolism of the few set objects and of the red landscape-mood. There are no digital special effects so that the two fighters can’t “fly”. The video has a light white frame like a Japanese graphic novel; the passage from the video to the illustrated book creates more feelings and sensations.

The story is a series of duels, glances, bodies, whitened faces as in the ancient or Oriental theater (Artaud used to say that Eastern culture is the mother of theater), a mix of red, black and white (like in Carmelo Bene’s Hamlet ) that deletes (or interrupts) the final action, the murder, the unavoidable destiny. The impossibility to represent this action shows that theater is not a reproduction of a story or a myth: theater through videos  just like Orestes and Electra  changes completely the original plot. Fernando Mastropasqua, an expert on Greek theater, said: “In rites, gestures are a part of them, while in theater the meaning is the opposite: gestures are repeated because they must be judged and refused. Theater is the place where gestures are repeated to eliminate them”.

Anna Monteverdi: The plot is really far from that of Aeschylus and Euripides. So, where the idea for this video came from?

Alessandro Brucini: I wanted to focus on the feminine characters, because men do what women tell them to do. Indeed, Orestes, after murdering Aegisthus, the usurper, can’t kill his own mother. So, Electra takes the sword and the daughter/mother final duel with katanas begins. This is the real radical change in my vision of Electra’s myth, despite my concern in creating a text-collage with texts of different times and cultures, in order to keep the original meaning of the play. Zen philosophy gave a meaning to every formal aspect and action, and it has been a progressive decision. I mean that, at first I wanted to create a dark, electronic and post-industrial atmosphere, but then, I was learning zen philosophy (and I’m still a learner) and I became really interested in its strict essential features. Since that moment it became simple to find zen concepts in the Greek myth.

Anna Monteverdi: How international festivals reacted to this experimental video that is not a truth-video, but a work about suggestion, abstraction, dreams, without any special effect?

Alessandro Brucini: I wanted to present my work at independent cinema festivals, where usually other kinds of videos are screened, and all this became real. I wanted to deal with ancient Greek plays, zen philosophy, through an experimental video, without any dialogue, trying to reach a wide audience. Thanks to my work, after two years, I was invited to 50 official events and I was awarded 6 prizes. This gave me the chance to travel and to see the European underground cinema situation, and I’m really glad for making my video elektraZenSuite .

Anna Monteverdi: You’ve cited many important authors and works. Which are the most important for you?

Alessandro Brucini: Amleto by Carmelo Bene, Sansho the Bailiff by Mizoguchi, Kurosawa’s movies, and for the colors Sayat Nova by Paradzanov. And Sylvia Plath, I immediately fell in love with her; I knew her while I was scripting and looking for different versions of Electra. I chose that poem, because of its predominant color (red), and because it is a valid means to re-construct the plot.