The Landscapes Of Technoethic Art 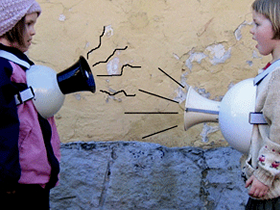 Italy has a peculiar characteristic that is difficult to understand for those who are not familiar with the history of our country. That is that our culture, on the whole, is distanced, always lagging behind, lacking consciousness of, and sometimes even traveling in the opposite direction of the important cultural trends that emerge across the globe.

This phenomenon takes place even if the number of people and the forces employed in the most advanced and relevant sectors are not vastly inferior to those of other countries, and their work is by any means not of inferior quality. To put it simply, the activities of these people and of these forces are to a large extent ignored (in comparison to other countries) by the subsystems of Italian culture: universities, businesses, publishers, television, newspapers and media in general. I am exressing these considerations in relation to the symposium “Research and the future: art, technology and consciousness  landscapes of technoetic art 2007″ that has taken place at the Centre for Contemporary Art Luigi Pecci in Prato , 7-9 December 2007.

Let me get this straight: this is not a complaint or a recrimination. If the symposium has not attracted a large audience and if it has not had an adequate coverage in the media it is possible that the organizers are partly to blame for not having been able to advertise the event adequately. Nonetheless I am still convinced that there are deeper reasons to be found. Italy does have an attentive and responsive audience for art based on technology and new media. This is proven by the success of the “Meet the Media Guru” conferences organized at the Santa Teresa Mediateteque in Milan by MGM Communication. But these are events where important international artists, from John Meada to Lev Manovich to Golan Levin (to mention only a few of the latest digital culture stars) present a summary of their work in spectacular ways.

The symposium in Prato had a more subtle and participatory approach. A comparison between Italian and foreign research on digital culture was attempted, by using the presence in Italy of two research groups that depend from the Plymouth Planetary Collegium, the institution created and directed by Roy Ascott. The idea originated from M-Node, the Planatary Collegium branch in Milan directed by Francesco Monico and by me for the didactical part. In the up run to the symposium Monico has then included NABA (Nuova Accademia di Belle Arti) of Milan, ISIA of Florece (Istituto Superiore per le Industrie Artistiche, the best state funded design school) and the Accademia di Belle Arti of Carrara, where the Scuola di Nuove Tecnologie dell’Arte (School of Art’s New Technologies) is located.

The homonymous school of the Accademia di Brera, the first in Italy of its kind, was missing, but it is known that sometimes in Milan the relationship between the most famous state funded academy and one of the most ambitious private academies is not easy. The researchers from Plymouth that are completing their PhDs under the supervision of Roy Ascott, those from M-Node Milan (who are for the most part not Italian) and a high number of Italian artists and researchers discussed the relationship between art and technology in its rich variety of incarnations (digital art, electronic art, bioart, artistic activism, robotic art, mediatic art, etc). Was the discussion fruitful? Of course, during a one-day convention one cannot hope to solve all the problems nor can one hope to make all the possible connections. Nonetheless I dare to say that the picture of research in this field has emerged as more vast, more complex and more promising than one would have expected: but also more contradictory.

On the background there is of course the approach that Roy Ascott has given to the issues of technologic art, and that can be summarized mainly in two formulas: “technoetic art” and the “moistmedia”. The expression “technoetic”, we have to admit, is an unfortunate one. With this term Ascott wants to underline a very important aspect of contemporary artistic research, it is to say its cognitive side, and the fact that this dimension is nowadays mediated by technology: “technoetics” is in fact a contraction of “techno”+”noetics”, from the ancient Greek “nous”, the mind. Nonetheless it is all too easy to understand the term as a juxtaposition of “techno”+”ethics”, thus referring to an ethics of technology.

In relation to the concept of “moist media” on the contrary, there are no misunderstandings. It is an especially incisive way of highlighting the ever tighter merging of the informatic, abstract, logical and discreet processes (the dry ) and biological, organic, continuous processes (the wet ). Thus the moist condition emerges as the real unsettling new concept in the artistic research of the last years. On the one side it is reassuring  as it guarantees that the preponderance of the informatic side does not annihilate the organic, lived dimension, in short the presence of the body  but on the other it is disquieting as it declares that the earthquake that is shaking the terrain of identity and of self representation will not stop, and that the hybrid dimension is destined to become the only possible stable condition of the future.

Not everything is clear in this discussion. The posthuman condition that cannot be erased from this context is sometimes tinted with oltranzismo superomistico in the nonetheless interesting ideas of the “transhumanist” wave, convincingly represented in the symposium by Natasha Vita-More. A certain predisposition to mysticism can at times also be found in the most rigorous research projects, like Tafkav by Francesco Monico (which we have discussed at length in the last Digimag), and it does finds sympathy also in aspects of Ascott’s thought. Nonetheless these are all clues of the wealth and the complexity of contemporary research that cannot be inscribed in a preexisting or ideological discourse.

The wealth of research is transmitted by (I quote only a few of the papers that have impressed me, without any prejudice towards the ones that I have necessarily excluded) works such as the database that unites the methodology of social research with the emergence of new urban subjects, in the “dissipative urbanism” of Wolfgang Fiel, or the interventions in Second Life by Elif Ayter and Simona Caraceni. These pieces show how it is possible to design projects in the virtual world that escape the paralyzing choice between empty spectacularization an tired reproposition of real life events and activities. Interesting were also Laura Beloff’s reflections and projects on the subject of the wearable computer and on intelligent and interactive garments (on the same subject there is also the research by Natacha Roussel ), and the experimentation of an orgiastic dimension and of an “undisciplined body’ in the activity of dancer Isabelle Choiniere .

Tommaso Tozzi has attempted, as he is know to do, to summarize the fundamental characteristics of an activist art practice, plural and collective, well represented by Giacomo Verde’s low-tech interactive projects. Mario Canali has summarized the premises and the syncretic dimension (scientific and holistic) of his work. Antonio Glessi has presented some acute thoughts on the latest web trends, with the understatement that characterizes him. He has created a conceptual geography of the Internet that puts the propagandist claims of the businesses involved in Web 2.0 into perspective.

The exchange of opinions, the individual and collective work will continue next summer during a symposium in Vienna , on which we hope to give you further information soon.