The Unbearable Lightness Of The Web 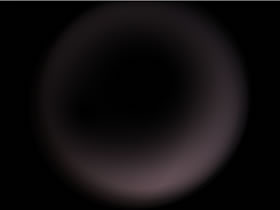 Now, I’ve been waiting for years for a net art project that tried to take the distances from the complexities of the contemporaneous digital world.

A surely short-circuiting process, it “travels” along alive nets: Nacre is a being “eating” data gathered in the net by its spiders. This work is perhaps more true and representative of a state composed by several art operations suffering the strength of an exhausted expression mean very exploited in the last years. And at the moment this latter doesn’t seem to offer further technical developments, if we don’t consider the latest Second Life’s experiences.

So, the general trend of multimedia works, not only in the web, but also in every field and subject, is using expression codes and languages (design, video, music) known for the visualization and understanding of data flux, information, networking dynamics and sharing. On the other hand the latest production by Luca Bertini and Marco Antonini (just exhibited from 26 th October to 23 rd November at the New Yorkm ISE Cultural Foundation’s gallery) is going on the opposite direction.

Luca Bertini is an experienced multimedia artist, while Marco Antonini is a graphic, writer, critic and part of the Ps1 in NY. The twosome succeeded in a difficult goal in the nowadays redundant electronics art, that is to say avoiding to be easily fired, daring theories and the pompous settings conveyed by the digital mean, while on the other hand quietly developing a thought on the nature and complexity characterising the hyper-mediated world around us. And for realising it, the best mean is the same simplicity, the most close friend and also image for fear, apprehension, shyness.

Nacre, this is the name of the neat art you can find at the web site: www.nacre.cc . It is not meant to explain the web complexities, but hide from them. It doesn’t want to understand, describe or be part of a world that seems not to get: indeed, it wants to flee, shield and withdraw. And as a pearl producing its own beauty, the typical cover in mother-of-pearl (Nacre) , it reacts at the external influences (organic materials and pests can constitute a danger for the oyster), defending with subtle layers of hexagonal petals made of a substance called Aragonite. Tanzini e Antonini’s digital entity seems to beat of own life, modifying their own structure, protecting itself from interferences and anomalies felt like enemies of a net no more able to create a linear and unmistakable relationship.

Avoiding at last, for a time, any critical and aesthetical ambition, Nacre just mirrors the ambiguity of a net that is apparently out of control. Nacre hasn’t got a definite aim, it hasn’t to be beautiful, it’s an anti-image, as defined by its own creators.

From an unimaginable complexity of the nowadays net, looking from far and with snooty cheerfulness, at what was happening just 5-6 years ago, Bertini and Antonini’s Nacre just protects itself, from the moment of the first contact to the abandon to its fears: afraid but beautiful, it lives and survives, adding layers and layers of hexagonal petals to its complex structure. Each time the spider hiding behind the net appears with a new series of marvellous and obscure data lines.