Creativity To The Cube 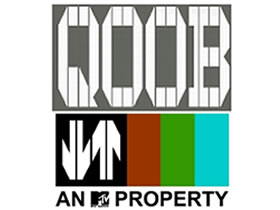 “Qoob is a digital channel produced by MTV Italia that transmit alternative music”. This is what Wikipedia says for ‘Qoob’ . But everyone that experienced its shows or its website perfectly knows that it is something more complex.

‘User-generated content’, ‘social network’ and ‘snack culture’ are some neologisms used to describe the absolute novelty build by a project that has different souls on the inside. We could say it is a TV channel like MTV, a site like Youtube, but also a little Flickr, iTunes and even Myspace. Well, we’re now in web 2.0 linked with the “old” television and opened to the mobile technology.

Qoob is now produced by MTV Italia, that is 51% Telecom Media Broadcasting and 49% MTV Network Europe . This networking phenomenon is getting more and more known in the audio/video/net electronic art through participation at reference festival such as Sonar, Electrowave, Neapolis of Love Muzikfestival, MUV, even at Authors’ Days during last Venice Cinema Festival . We therefore interviewed Lucia Nicolai, Editorial Manager of Qoob , that kindly answered to our questions deepen and focusing the peculiar aspects of her creature, born as an Italian project and now spread internationally.

Alessio Galbiati: I’d start with a non original but fundamental question to immediately clarify the ideas. The intermediate nature of Qoob (TV-Mobile-Web) generates a variety of possible meanings: what is Qoob? On Telecom Italia Media web site Qoob is defined as “the holy trinity of personal-media”. Even if in theology the trinity concept is related to faith, could you explain the nature of this complex and articulated editorial project?

Lucia Nicolai: Oh my God, do you suddenly destroy me with this question? Qoob (and from now on, with this name I include its evolutional steps, Yos and Flux ) was born with an experimental approach, in a media world where competition is no more between two channels, rather between a channel and a website, a website and playstation, playstation and iPod, a TV program and an sms between friends. This is most of all related to the “young” market, ephemeral in its tastes but extremely receptive towards new trends and fast in plagiarizing its spaces.

Youths use to surf the Net, have a low attention, as Internet get you used to. And most of all, they use to choose alone what they want to see. So that’s the reason why they do not need mass media rather a personal-media that follow them in every moment. We used a “snack-culture” approach, as Wired magazine wrote at the beginning of the year. In this sense, we created Qoob, a TV project that had in its web-site its hard-core and we turned it into TV and mobile. Thus far, we’re distributing QOOB on several online platforms (from Vuze to Veoh, from Baelgum to Youtube ), with branded and dedicated channels. To turn the project ” 360″ , as Americans say, there will surely be some more future developments. To answer the “holy trinity” question, we didn’t want to involve some sort of transcendental spirit; we just took some poetical licences. Anyway, it is possible that watching Qoob  every form of it  would be a faith act.

Alessio Galbiati: Qoob history started on November 2005 with the creation of YOS channel (Your Open Source) that turned into FLUX on April 2006. On November 2006 the project took the name of Qoob and in April 2007 opened the international section. A complicated, cryptic history, hidden behind exoteric initials, imaginative acronym and most of all not so visible because always realized inside niches of the more and more articulated telecommunication system. What did these different steps mean? And what does the international opening of the channel represent?

Lucia Nicolai: Actually, you made me think to exotericism. Maybe in hindsight, they seem cryptic word, but our thoughts followed a simple path. YOS has been QOOB in its embryonic step, when we overlooked web and TV, conscious to be only an experiment. Your Open Source emphasized on one side the user centrality, on the other one the (already clear) will to turn that media (then Flux, then Qoob) in a free source of inspiration, contents, stimulus. We’ve been called YOS, but we actually didn’t have a name. Only a draft shape. Flux evolution, in April 2006, wanted to centre its attention on the random logic stream that we adopted for the (non-) TV programs and the ability of the Net to bring you everywhere in the same time. Qoob , in November 2006, represented the third evolutional step (it remembers in fact the cube, the third degree), with an expansion to new platforms of distribution and UGC made official quality content of the project. The international adventure is still alive. We must create a producers network in the entire planet. We’ll see .

Alessio Galbiati: : Why does Qoob born in Italy , the nation of the duopoly of the TV, the monopoly of the TV sat, the piffled Gasparri Law that opened the DTT? Is it a simple reaction to that, or is there something else?

Lucia Nicolai: QOOB has not been a reaction, rather the will to stimulate and involve the TV public in a different way, not in the Big Brother or interactive TV style, but giving the possibility to build the TV they were looking at itself (and here we’re talking about the concept, not what’s passing through the household appliance) After all, nowadays everyone can embark in video-making, music-making or photo editing, as everyone has the necessary technology on its house table.

Alessio Galbiati: How is Qoob structured from the productive point of view? How many people work and how is the logical repartition of the human resources? I mean, how is Qoob organized?

Lucia Nicolai: 11 people work in QOOB. 3 in the editorial area, 2 in the marketing/press, 1 in the community area, 1 in the productive/realizing area, 3 in the technical area. We wanted an editorial consultant in London when the international adventure got started. Far from those divisions, we’re all involved in the project and often cross the borders of the other sectors.

Alessio Galbiati: Qoob Foundation Who’s in it and which are the criteria of this post-modern foundation that identifies, encourages and finances the authors of the works uploaded on the website?

Lucia Nicolai: The Qoob Foundation is essentially Qoob Factory (we’re almost genius in name changing). The Qoob Factory involve each one of us, even if the final word is up to the editorial manager (myself), curator of all the purchased, commissioned, produced and financed projects that constitutes QOOB. The selective criteria to individuate potential Qoob factory products are the same used to select the material that goes on TV. Innovative, anti-conformist, creative, something that has to talk out of the schemes or usual but from a different point of view. There’s no definitive standard to accept a product, finance it and turn it supportable by Qoob Factory. Sometime, it’s just about feelings. I know it is hazy, but you cannot tie creativity in chain. Every time is a surprise! Think about a new part of reality.

Alessio Galbiati: Copyrights are a fundamental require for works uploaded on the web site from the users, essential aspect that difference Qoob from Youtube. This represent a change in the prospective of the “copy and paste” generation. After (almost) a year of work, which are your impressions about the surfers that produce contents?

Lucia Nicolai: The impression I have about the Qoob contents producers is that they always prefer something original, rather than the “copy and paste”. And whenever they use something not original, they do it contextualizing the matter inside a history, not for free. They elaborate it, giving it a new sense.

Alessio Galbiati: At Qoob presentation in November 2006, Antonio Campo Dall’Orto, general manager of the Telecom TV division, said that alternative publicity forms nearer to Qoob spirit were being studied. Did Qoob solve this question? And if yes, what’s the answer?

Lucia Nicolai: We’re working with some clients about spot initiatives.

Alessio Galbiati: Future projects? Which development and which mutations?

Lucia Nicolai: For our future we’d like to give more and more space and relevance to the “low” contents that are those created by the users, trying to give a shock to the TV productive standard logics. We already started a couple of projects that go that way. One is Qoob Payout , which through Paypal pays people that upload contents selected for the TV. The other one is Commissioning that monthly ask our users to create thematic contents. We started from “My crazy summer”, a way to tell about last summer, in a free way. We’ll soon launch other themes. And again, best videos will be selected for the TV programming and paid with money through Paypal accounts. Both cases invite our users to collaboration with others, giving birth to some sort of “virtual production homes”, with director, sound designer, graphic designer etc We want to give space to unsigned and emerging bands inscribed to our community, because the music quality is high. At the same time, we’ll continue projects with affirmed professionals, both in the cinematographic are (“Spider” by Nash Edgerton and “I love Sarah Jane” by Spencer Susser will be soon revealed) and in the animation area (coming soon, two different series from England and Japan ). Eventually, we’re working at the launch of the restructured site with new functions.