Vvvv, The New Born One 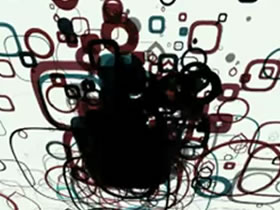 Inside the wide universe of software programming, more and more powerful and performing, inside a revenge never solved between Mac and Pc developers, inside the ambit of a pulse to be open source or not, it is now deafening the noise made by vvvv.

Last child of a family composed from software that generate and integrate both audio and video, vvvv was born almost five years ago, inside a fertile German media house Meso , neuralgic independent and not highly financed centre of lots of lab activities managed around software and instruments for media interactive production of artistic and professional level. That will not repeat the Irkam experience lived in Paris almost twenty years ago, but it surely is one of the few European realities that are helping out the research in those areas, even if they do not have analogue funding.

Even if it doesn’t have the potential of Max and its Msp library , and also its integration for images better known as Jitter , and not even the potential of their open source version Pure Data , vvvv carries out two fundamental jobs that fixed its international success. First off vvvv has been developed on a Windows platform (and don’t tell us it is not a hot point), eliminating the oppression created by the duo MaxMsp/Jitter that “works good only on Mac” and so on. Then (but I’m not so sure, as I don’t work with those instruments) vvvv seems to be more user-friendly and direct than its brothers, as it is the first modular graphic interface that extend the real-time concept to the potential of audio/video offered by one of the most revolutionary software of the last ten years: Processing.

What does real-time mean? Well, it is the possibility to program real-time (of course in a modular way, no code strings, no C-Sound and Co.) the patches that react in a generative way, following parameters and random instructions, to the signal and audio input. Which one is its territory? Obviously Vjing, the area that mostly needs to create images going behind the music, possibly in an always different way, for long periods and that culturally unites graphic, design and audiovisual kinaesthesia. It is clear that the live media camp, the audiovisual installations and web projects started to look with interest at Meso software, understanding immediately its potential.

I had the opportunity during last year to compare with some artists that regularly use vvvv or that are looking in vvvv direction, such as the Croatian vj Onoxo to the Italians Todo, from Marius Watz to Debackere bros, but I never had the chance to meet the creators of the program, that every day work on and develop it: Joreg, Max Wolf, Sebastian Gregor, Sebastian Oschatz.

The four programmers work out of Meso and their community-site is a point of reference for every single person that would like to work with vvvv. Their helpfulness helping the members of the community and the new disciples is total. There’s only a little flaw: vvvv is not open source, it requires a licence for a commercial use. Rivers of virtual ink could be spent on this theme once again, on the potential that could bring an open source program, free for independent programmers from all over the world, open to the dualism ethic/commerce that our generation compare its everyday life. But this is another chapter that we’ll surely treat in a while on Digimag. Let’s learn something more about vvvv.

Marco Mancuso: I’d like to know some more details on the software. When were the first idea and the first nucleus of concept born?

Joreg: vvvv started as an inhouse-toolkit at meso around 1998 following the demand of ever repeating requirements in the field of artistic and commercial interactive media productions. while the first approach was suitable for a small group of developers it still needed the skills of a traditional programmer to be used. at the same time we were also using programs like max/msp and pd for all audio-production and very much liked the idea of graphical programming languages for rapid development. but max/msp being mac-only back then (while we were mostly windows slaves) and pd having this a little bit too funny interface requiring just too many mouseclicks and keyboardshortcuts to qualify for “rapid development” left us with no other option. we started to work on vvvv30 which would add a graphical programming interface to the existing vvvv-core with a focus on fast (not necessarily easy in the first place) user-interaction. being quite fond of our first results we thought our tool could ease the pain of many other people working in similar fields and we released a first public version in december 2002.

Marco Mancuso: One of the most interesting usage of vvvv is the live visual ambit. Differently from programming compiled language, the system is based on patch and constantly work so that it is possible to compile it live. It therefore allows the live improvisation, theme loved by the electro live, permitting the sound to be linked easily with images. Why did you focalize on those concepts during the developing phase?

Joreg: Interaction of sound and image is one of the basic fascinations we all shared in the beginning. from there our interests broadened and let us add more and more functionality to vvvv. so while vvvv can still be used for doing live visuals we’d rather not market it mainly as a tool for vjs. vvvv is more a swiss army knive that can help you in many diverse situations. if you need an optimized solution for a special purpose you’d probably still ask for a higher budget and hire a dedicated programmer.

Marco Mancuso: Vvv works real time, as we said before. So, while other languages have several ways to launch and built a program, vvvv has only one: run-time. Why it is so important to work real-time?

Joreg: Mainly for convenience. when working with max/msp and pd you spend a lot of time pressing ctrl-e to switch between edit and run mode. we wanted to save this time and found our own way by just using both mousebuttons. edit-mode is on the left, run-mode is on the right button. voila.

Marco Mancuso: How did the international community grow during the last two years? And what is your opinion for analogue communities of PD, MAX or Processing? And last but not least, how come that vvvv is not open source, as Processing is?

Joreg: vvvv’s user base has grown slowly but steadily. the download counter for our latest release (beta12, released on 20 12 06) is at 91840 at the time of this writing, which is absurdly high though. probably someone just wants to test our server-speed. we love our users very much. they are our daily fuel. we called our community webpages “Fan Club” because communities for softwares like pd, processing, vvvv feel a bit like the fanbase for musicians. making vvvv opensource is an interesting topic we have been discussing a lot ever since the first days. while we basically are all in favour of the idea we are still more in favour of some other ideas we want to realize first. so nothing promised, but keep begging.

Marco Mancuso: Do you think the interface design, the screen design and programming can really change not only our everyday relation with computers, but even our experiences with technologies and the digital way to the future? In other words, do you think programmers that develop hardware and software related with sensors and interaction (as Arduino for example) can be considered as scientists of the future body/artificial experiences? Or is it a role that programmers will keep separated by science?

Joreg: Basically what projects like vvvv, arduino,… do, is making technologies available at a higher level for a broader userbase that have been available for decades already to specialists. but they are also preventing specialists from having to reinvent the wheel for every application and freeing them to concentrate on the real new stuff. so we, working with simplified sensor and programming technologies these days are probably rather in the second or third row while the ones currently working on end-user tools for genetic manipulation can be considered the new scientists in the fields of body experiences.