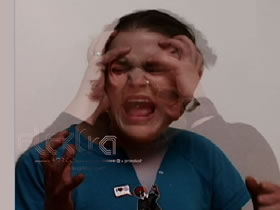 It is now at its eight edition one of the first and most important festival of the world, in the ambit of digital art and audio-visual expression: the Elektra Festival of Montreal . One of the first international festival that focalized on experimental artistic audio-video forms with a wise and clever approach able to analyze the evolution of these years on the borders between art, experimentation, technologic research and communication.

So multimedia, but only. Electro music, sound art, graphic and video design, audio-visual, installations and immersions. Themes that characterized the Elektra Festival from its birth and that, from 9 th to 12 th May will turn into real through a program out of the ordinary, brave, that follows a cultural and artistic tradition that makes Montreal an international neuralgic centre on the research about new media and the audio-video multimedia expressive forms.

Far from the mainstream atmosphere that follows events such as Sonar or Mutek , far from the auto-referential connotation of appointments such as Ars Electronica and Transmediale , Elektra is a little jewel managed with intelligence and competence by Alain Thibault and his staff. I collocate it in the international panorama as one of the most complete and coherent event that I personally know.

I invite you in this sense to follow the program of the event of this eight edition and confront it with the past edition. The sensation is an explorative continuum inside projects that use digital not only as expressive form, but even as a comparison with artistic avant-gardes of the last century and with techno society we live in, its evolutions and dichotomies.

As the last years, the section of interactive installations is the neuralgic centre of Elektra. In this sense it is surely interesting CUBID, a project presented by the collective named French Girls, that combines a wise mastery in art, design, electro music and video games. It is also stimulating the installation called Cityspeak, that allows the public to create a series of graffiti using a personal instrument of communication such as the cell phone. But it is maybe the Kit Mobile-Femme avec bagages magiques the project that personally made me more curious, because of its research of deep interaction with the public that was active part of a performance through a real “performance action lab”. A level of interaction with the public that almost made the artist unable to intervene on their reaction, an almost unexplored territory of the well-known multimedia interaction.

Around those projects there’s a rich series of audio-video performances that constitutes the strong point of Elektra festival. Tons are the projects invited during the days, some known some pleasant discovery. When one side proposes the duo Granular Synthesys in their single projects, Kurt Hentschlager with Feed , kinaesthetic and immersive project for tight nerves because of its sounds, videos and smoke, and Ulf Lagheinrich with Drift , audio-video performance of rare sensorial abstraction (presented in Italy a special version in 5 screens at the Mixed Media 2006), the other side arouses great curiosity with the EEE008 [extended] by the collective RYBN from Paris , audio-visual live that plays on the concept of representation/deconstruction of urban spaces.

And the dualism between tradition and novelty is repeated when compared the well-known Datamatic project by Ryoiji Ikeda, the beautiful project Blindscape by Scanner and Tez ( aka Maurizio Martinucci , one of the few internationally appreciated and known electronic artist) presented in Italy inside the Mixed Media 2006 once again, with the sex/pornography oriented projects by Louis Dufort (with FLESH) and Joachim Montessuis (EROS:AGAPE) , artists from Paris.

New territory will be explored In Human Format , audio-video performance of the Belgian duo Bent Object & Foam . The multiple combinations between human voice, motion capture and their drastic transformations through technologies, are the art of the project. The Canadian duo Alexander Wilson/Seth Poulin presents Decay Line , a very intense audio-video environment projected on three screens where sensorial over-stimulation produces strong emotional transformations. Pulse is eventually an audio-video performance on three screens created by the duo Ray_XXXX (promoter is Alain Thibault himself) , that explores the relation between light and sound pulsation.

It is probably the final part of the program that hides the most precious treasures of Elektra Festival 2007. First of all Miniatures Express of Montraler Szkieve , live/installation project that uses three electric circuit of trains as unique sound originator to generate an amazing music performance based on vibrations and interferences created by the passages of locomotives. Great expectation for Schwelle:II project based on interactive dance, sound, lights and environment created by the Canadian researcher and artist Chris Salter, accompanied by Michael Schumacher (dancer of the famous William Forsythe’s Frankfurt Ballets ). Elektra will be the stage of the remix version of the so appreciated project Silent Room by Skoltz _ Kolgen, Canadians, that will be presented as art boxed set completed with DVD, two audio CD and another book about conferences and festival presentations.

It is the professional part of the festival though the real international novelty. A series of presentations and conferences by professionals and curators from all over the world, that will be held from 9 th to 12 th may inside the first International Market of Digital Arts, moment of extremely clever and necessary meetings and exchanges. In this context Gilles Alvarez will present Panorama International, video program of the Nemo Festival in France, so as the professor Jean Pichet will present the project OLPC-One Laptop for Child , developed inside the MIT Media Lab , that aim to the distribution of laptop to children of third world.

And between the international presentations and exhibitions, realities of different type and media centre, professionals and curators, a relief position will be held by Digicult as well, presenting the project, its history, development and network at its base, inside a professional and artistic context of digital culture in our country.