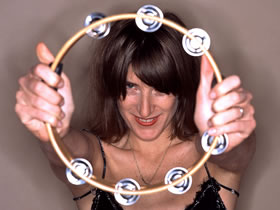 From the 9th to the 11th of November will take place Club To Club , event self-defying itself as an international festival of music and electronic arts. At its sixth edition, the festival extends its normal field and from Turin shifts partly in Berlin , in search of a middle European connection marking definitively contemporaneity of artistic choices.

Together with the ludic part of the show there is a conceptual part made up of workshops, projections of documentaries, installations, among which stands out a documentary on the electronic Berliner scene ( Digital Berlin ) and a lecture by the journalist/ DJ Fabio De Luca on the many aspects of techno music (“1, ness1, 100.000”).

Club To Club have merits and defects as any other thing has. Among the merits, the will to be a lasting container and a point of reference for a certain kind of proposal; among the defects, the will to be focused on artistic choices too much close to theirs creators (the deserving Xplosiva’s staff). Someone would certainly, exaggerating maybe, talk about conflicts of interest but the fact is that a festival of this kind can bud just from the boost of privates (even if supported widely by the institutions such as in the case of Club to Club), because the institutions lack in characters really capable of understanding and developing a concrete project any time they speak about contemporaneous arts.

If then contemporaneous arts linked to the musical world are involved, it is even more complicated. In most of the cases, Italian town councils just limit themselves to initiatives connected to the support of some rehearsal rooms and competition announcements for emerging bands linked to the cleared world of cover bands or of the so-called “base groups”, of played music (because socializing and then acceptable from the civic point of view). When, on the contrary, it’s dance music to be involved, as in this case, (more or less intellectualizable, but as long as danceable), the institution position changes radically and electro music is no longer considered as art but as a sort of degeneration of the popular taste which, in best of the cases, has to be made inoffensive (see the politic campaigns for lowering the volumes and bpms in discos) and, for the worst cases, is demonized by institutional information and commonly accepted (techno=drugs= people die in road accidents).

In this scenario, not really rosy, electro dance music (not to be confuse with concrete music festivals) in Italy have never had it easy and have often been ignored and in many cases have never had success. Even if Club To Club has a lot merits, it is far from being the Italian correspondent of the Spanish Sonar . The reasons are manifold, and can’t be easily solved. Among those, the economic lacks which prevent headliners artists to be involved in mainstreams which can serve as catalyst on one side for the not-specialized public, on the other side, the little genre variety and the inability to identify the “names” of the future instead of limiting in taking pictures of the other one.

An analogous speech could be done about another festival of electro music such as Dissonanze , taking place in Rome since 2000 and which has undergone a parallel path to Club To Club. The spiritual father of this kind of festival in Italy is the deceased (for the moment?) Distorsonie of Bologna whose hub has been Link between 95 and 2005.

Among all the festivals Distorsonie was the one which, even if with relevant international guests, has tried to build a bridge between different Italian realities and different genres (from drum’n’bass to trip hop, from house to techno, afro and more experimental situations), making room to interesting artists without a lot of success. Unfortunately, during those years something went wrong and Italian electro music festivals have built ideal bridges with Europe forgetting other Italian realities.