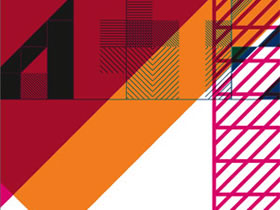 Sonic Acts is an electronic art festival set in Amsterdam , made of conferences, concert and performance and everything is in between. This year it took place in 2 historical location in Amsterdam , ParadisO and De Balie, with lecturers as Arjen Mulde, Ben Fry, Golan Levin and Casey Reas.

We talked for a while with Lucas van der Velden and Gideon Kiers. The first one is the artistic director of Sonic Acts, while the other one is one of the 3 curators. Together they worked on the Sonic Acts XI DVD, eleventh chapter of the best audio video production of the festival. They both are into Telcosystems, artistic project about the construction of collaborative audiovisual systems. Just to point out the vitality of this scene and its protagonists, that move easily from different platforms, to festivals, dvds, magazines and webprojects.

Watching carefully to the dvd a first positive impact come from Karl Klomp/Toktek,with a curious, but a little bit scary, distortion of an easy tv loop. The language is not so innovative, but noise, words and ironic are able to create a small jewel. Another great project is Rotor composed output 3, by Brecht Debackere and Boris Debackere, a motionless journey in a flaming spherical machine. We talked some months ago on Digimag about 200 Nanowebbers by Semiconductors on Double Adaptor’s music, and the audience in Milan could attend the show during an exhibition curate by Care of.

But maybe the most incisive work of the whole dvd is Berlin , by Karl Kliem/Diesenstelle, on music by Alva Noto and Ryuichi Sakamoto. A sphere is pulsing over thready seas and every sound element is connected to a video act. This is one of the main aspect of Diesenstelle (if you are interested, take a look to all the previous works, but the audience at the Dissonanze could watch something very interesting in the audio video section by Digicult).

Another chapter is about describing performances and shows, which are very interesting considering the difference between being there and watching them on a dvd. The recording of Ursunography by Jaap Blonk and Golan Levin, textual-vocal-visual exhibition in which words fly around the performer’s head. 4413 by Mateusz Herczka is really curious, it is a installation made through projecting a crazy journey in Holland on a widescreen. But Unfortunately we should be present at the show to get all its potential. That is the same for Feld, by Granular Synthesis, a number of grand mal screens that look powerless on a single monitor.

Anyway, the dvd is an interesting scenic. The only negative aspect is the audiovisual set desktop (znc browser 2.0 by Peter Luining and OSX tiger desktop live by Jodi)

Bertram Niessen: How did you choose the artists? What id the concept behind the selection?

Lucas e Gideon: We have chosen to present a broad range of audiovisual computerworks which we feel need special attention. Almost all artists on the DVD played at the festival in recent years, a few never did but they are on our wish list for the future. The idea was to give an overview of the current state of (audio)visual / live cinema / computer art. Of course another criterium for us was to show pieces which we like and want to push forward.

Bertram Niessen: What do you think about the international scene?DO you think that there is an increasing number of live performances?

Lucas e Gideon: We feel it is a very lively and challenging area. Allthough a lot of progress has been made, there is still much further to go. In terms of context (the optimal environment to show/perform the pieces), in terms of technology (instruments for realtime a/v), in terms of presentation (communication with and involvement of the audience) and of course in terms of quality (composition, originality, etc.). As technology gets cheaper more people have access to the production tools and the field broadens or is enforced as you say, yes. At the same time we must not forget that this is not a new field.. Electronic audiovisual art has been with us for over 50 years.. So as a festival we also feel a responsibility to show both the artists and the audience where they are coming from.

Bertram Niessen: Do you think that being both artists and curators influenced you choice?

Lucas e Gideon: Yes, we are both part of Telcosystems as well. It is great to have this way to promote the things we feel are important. Organising a festival, putting together an exhibition or dvd or book, it’s all the same in a way… It is a great way to meet other artists and to show the world things they have not seen before and need to see urgently!.