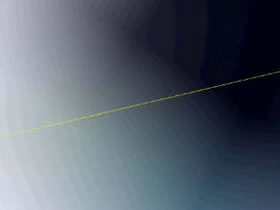 It could seem a banality talk about audiovisual projects that use the infinite samples of multimedia contents that populates the Net on a review like ours. Besides is more and more on anyone lips, experts and not: the 2.0 Web is coming, the super connection is almost done, the audio and video grass root contents will be more and more numerous, of quality, with high resolutions and most of all free from bond of property and copyright.

I’m sure that the majority of the readers has heard about You Tube (but don’t forget Flickr and some others), the new American phenomenon that anticipates the advent of the new Net era, hosting a huge amount of video and music, animations and images, in a chaotic condensed able to valorise phenomenon and characters with the exponential rapidity typical of the Net. This reflection induce the analyst not to look away from an event already present and in rapid ascent: the interpretation of the Net as a unique and huge hard disk where obtain freely multimedia contents re-usable in different ways, following the same dogmas (there’s really nothing more to invent) of the cut&paste, sampling and remixing that made the fortune of the contemporary electro culture.

This magazine already paid attention to the phenomenon presenting the WJS project by Anne Roquigny in Digimag 12 of last March (www.roquigny.info). At the same time the French project is not the only one. If on one side it is important to remember the Vj-uberjeek project by Amy Alexander , on the other side you can’t not feel sincere curiosity and excitement in front of the online real time platform Visitor Studio that allows the sharing and the use of material for audiovisual performances. (www.visitorsstudio.org/index.php?diff=-120)

I’m anxious to underline the “meta” nature of these projects and the hybrid attitude of their creator. Netartists maybe, audiovisual performers for sure, experimenters of extremes shapes of networking in real time. It comes the time where definitions loose their meaning, theories (and those who dispense them around the world) are no more able to follow the dynamics and evolutions in act nowadays, because of their rapidity and Multilanguage. For sure it’s left the fascination of thinking of the power that the Net has in the multimedia live performances of the future, moreover because of the wise words expressed by a theorist and artist such as Terre Thaemlitz in his essay “The Crisis of Post Spectacle Live Contemporary Ambient Performance” (produced in Italy by Nero Edizioni but also available on (www.comatonse.com).

Rick Silva with his Satellite Jokey , presented in the Digital a la Carte section of Sonar 2006 , steps forward, inserting important elements of the hacker ethic inside the dynamics over exposed. The Brazilian artist has been able to hackering the famous Google Hearth tool, using to his purpose the natural dynamic of the software. With this type of approach Satellite Jokey is a project on line, an installation or performance of wjing where audio and video are taken real time on line and from the digital representation of the surrounding world, in a precise moment and precise place. Metaphors and words could be wasted, the socio-cultural analysis even. That’s the reason why we send you to the general concept written by Regine Debatty for her Digital a la Carte inside the Sonar. For a more concrete analysis on the meaning of being multimedia artist at the threshold of Web 2.0 , I invite you to a brief chat with Rick Silva.

Marco Mancuso: Why did you decide to use a tool such as Google Hearth? Do you think that it is just a good source of images or are you obviously interested to a deeper meaning?

Rick Silva: I work more like a punk rocker than a programmer, rather than build something up from scratch i like to take the available media/software and use it in tactical ways.  what i find interesting about google earth is that it’s this 3d video space, that is on the very surface supposed to be a very real depiction of our world, (a world self portrait) but really the more you look at it the more you see glitchy/pixellated abstractions; a photo from 2001 spliced next to one from 2002 spliced next to one that has shadows facing the opposite way of the next one. it’s one of these programs that will be so much ‘better’ (or more high res) in a few years,, but i love the current messy digitalized version of (google) earth.

Marco Mancuso: How does the system technically work? How did you hackered the software?

Rick Silva: I’ve experimented with a a few different ways, i’ve made 30 minute mixes, where i capture video from the screen then remix it to music. and most recently at the ‘media archeology: software cinema’ festival in houston i did a live set using just google earth connected to the internet, in full screen and using some overlays. i practice moves like a dj or vj would with their mixers and decks. i know what places on earth go good with what music tracks i’m playing, i use different keyboard shortcuts and  controllers. for sonar it was just a website with links to videomixes, for futuresonic it’ll be more of an installation.

Marco Mancuso: Do you think that the multimedia performer future will be linked on its ability to use hackered software more than software under licence, as the majority of software in the graphic and music area, excluded some rare and happy exceptions?

Rick Silva: Well, it’s cool how google earth has this open door for ‘hacks’ and overlays and such.. for me it’s always more about the technique /performance and content and time than software.

Marco Mancuso: How could the Net be important in the future of multimedia performances as an infinite hard disk of images and sounds and as a virtual space for the networking?

Rick Silva: It’s super important, quickly the desktop is moving all online with web 2.0. and net.artists have been foreshadowing this for years. right now i’m woking on a different ‘jockey’ project with the net artist abe linkoln. we hand select and mix hundreds of live rss feeds into one scrolling mix. the risk you have to accept is that the image / sound / video may be deleted at any time by the people and machines hosting that media. (www.rssjockey.com)

Marco Mancuso: Do you consider yourself more a san artist, an hacker, an audiovisual performer or a netartist (when this word can still have a meaning nowadays)?

Rick Silva: For this project, i think all those terms work in different ways, but all of them work. i think people don’t like the term net artist because no one has figured out how to make money as a net artist yet. but i still like that term .

Marco Mancuso: Have you ever experimented Satellite Jockey in a real live performance? If yes, which kind of emotions and experiences have you felt?

Rick Silva: Yes a couple of times. i like starting out in space and then slowly zooming in on the spot where the performance is taking place. during the houston performance everything was clicking just right. i was going to different places in google earth and people would come up to me and say, hey that’s where i was born in that little town in peru you where just rotating and scratching on!  in houston the performance was also outside in a courtyard which was full of huge trees which was really nice. it’s cool that someone can see that in a big space like that and then later when they are at home, listening to their headphones and surfing google earth, they’ll think of that particular space/night.

Marco Mancuso: What do you think about other net-audio-video projects, such as the WJ-S project, or platforms such as the Visitor Studio?

Rick Silva: Wj-s concept is cool and it’s been around in different forms for a while now (amy alexander’s vj ubergeek project to name one), i’ve never seen wj-s live, so i don’t really know about it. i’ve been thinking about the web as this huge remixable space for a long time now  and view all my various projects on the web  as a performance. so to me this is not a radical shift or anything, but an inevitable reflection / metaphor of what we are doing everyday with the web. someone was going to do it and roguigny and furtherfield wrote the right grants and live in the right countries to fund their projects.