Contaminating Vicissitudes Of Art And Science 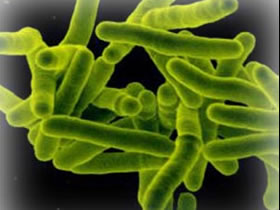 The tradition of the modern historical thought induces us to think about art and science as two separate entities. On one hand science, the reign of the rational, the cognitive and of research, on the other hand the field of creativity, sensoriality and intuition.

Such as Martina Heßler emphasizes in her essay Bilder zwischen Kunst und Wissenschaft. Neue Herausforderungen für die Forschung”(“The Images between Art and Science. New challenges for research”, in Geschichte und Gesellschaft , nr. 2, 2005) is only from the 18 th century that such polarization of science and art has started to assume an institutional body: on one side, we meet the artist, absorbed in a world of galleries and shows, as well as in the bourgeois circuit of art market, on the other side the scientist, absorbed in his lab, sometimes more impenetrable than an atelier with the whole social imaginary surrounding both figures.

Such dichotomical model, reflecting the anthropological horizon of the Occidental culture of nature-culture, revealed itself to be fundamental in the elaboration of the positivist progress idea and in the constitution of a philosophy of science which had the worth of forming the basis of “scientificity”, that is to say of a rational method of research and examination of sectors such as sociology, politics, psychology, etc which traditionally were dealt with such as if they were spiritual activities rather than, as later on, “spirit science”.

Anyway, there are still strong analogies, contaminations and community between operativity, the sources and the results of these two spheres which suggest the porosity of the frontier. First of all, the historical vicissitudes of art and science have their roots in the common field of Renaissance, where the two areas were united and hardly distinguishable (science was in fact considered a” natural philosophy”) and the scientist-artist did not differentiate between artistic and scientific speculations.

Some texts such as Picturing Science, producine Art by Caroline A. Jones or by Ernst. P. Fischer Das Schöne und das Biest. Ästhetische Dimension in der Wissenschaft have emphasized how both science and art massively use the images as instruments of visualisation of the knowledge, as well as of reflection and consequently how they have become, often involuntarily in science, the source of aesthetical reflection, such as to presuppose the existence of an “aesthetics of science” ( Wissenschaftsästhetik ).

From this important intersection between art and science was conceived the Sci-Art Consortium research projects funded by Wellcome Trust (in collaboration with the British Council, Calouste Gulbenkian Foundation, The Arts Council of England, The Scottish Arts Council, Nesta, and The Wellcome Trust). According to the director of the project Verity Slater (during an interview given to Alessia Erlingher , who wrote a thesis on the subject) “the Sci-Art program favours and funds collaborations between artists and scientists exploring the social, ethic and cultural themes of biomedicine. Artists have thus the chance to work with any creative mean, to collaborate with scientific researchers and professionals. “The fundamental aim of this collaboration is the research of forms of communication of science for different typologies of public which can overcome the specialized barriers of the scientific language because, Verity Slater adds “I think that nowadays the interaction with the public is more important than it was in the past: we try to inform the individuals and the communities in such a way so as they can reflect in a constructive way on the ideas suggested by medical science.”

Anyway, the affinities between artists and scientists do not exhaust in the collaborations alongside. When the artists prove to be brilliant mediators of scientific culture, the survey must carry on, that is to say in the direction of the common elements of scientific and artistic operativity, whose basis are creativity and experimentation, while the ultimate aim is the research of innovation and the universal study of the world starting from theoretical models. Forerunner and deep scholar of this aspect is the philosopher of science Paul Feyerabend.

The traditional epistemology identifies in the method the main problem of scientific research, that is to say how to create a general rule of the “research of the truth”? Popper suggests through hypothesis, experiments, data gathering, observations and rejection of conjectures or reformulation of hypothesis. According to Feyerabend instead, strong critic of Popper, this is just a simplification of the logics of science. It does not just consist in actions and conclusions, but in interpretations, mistakes, feelings and prejudices the scientist carries with him in the world of science. The point of view is pluralistic and the dynamics is historical and intercultural (the pre-modern cultural and scientific traditions must be recovered and they should not merely labelled as irrational).

Science is neither superior to other fields of knowledge, nor essentially “reasonable” and “methodical”. That is to say that it does not develop only when it is included in the rigid fences of reason or of the method, but it is exactly when it overcomes those fences, thanks to fortuitousness, misleading interpretations and unfounded paragons, that, often, something of remarkable happens. In Science as an art of 1984, Feyerabend suggests the vision of science as an art of the research of the truth, while art- as we consider it- must offer multiple choices of truth and reality.