Minimalist Monday At The Tate Modern 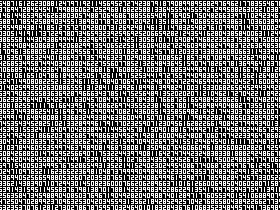 The London Tate Modern, sanctuary of the contemporary art, has just welcomed a series of events to celebrate art, music, dance and movies. UBS Openings: The Long Weekend , this is the name of the first festival of live events. A rich program to cover four days, from Friday 26 th to Monday 29 th May, with free events during the day, inside and outside the building, and evening concerts in the magnificent Turbine Hall you had to pay for.

Every day has been characterized by an “artistic” adjective. So Friday has been called futurism, Saturday surrealism, Sunday abstractionism and Monday minimalism. The festival satisfied everyone needs . Talks, a flight for skaters outside the building, workshop and activities for the families, dance performances, projections and the opening of new collections purchased by the Tate Modern.

The hot moments were the evening events, with music and images live.

The Futuristic Friday has seen Dj Spooky on the stage setting to music the German movie by Walter Ruttman from 1927, Berlin, Symphony of a Great City. During the Surreal Saturday, the projection of the Dadaist masterwork by Hans Richter, Dreams that Money Can Buy accompanied by the live music of The Real Tuesday Weld. Abstract Sunday has seen the phenomenal jazz saxophonist, Courtney Pine , accompany the screening of the experimental movie Borderline by Kenneth MacPherson .

Three artists for three different approach to the visualization of the music. They performed without break, to form a unique and complete body inside the conclusion of the festival.

The minimalist Monday comes as a sort of reflection and statement of the actual situation of the Minimalism, nowadays in its extreme form, in its expression of elements skeletonised in favour of electronic impulses and digital tones. Going back in time, we have to search in the 70’s to find the origins of the Minimalism. Phillip Glass, Steve Reich and Terry Riley, pioneers that searched new form of expression based on the economy of the musical elements and the use of recorder to create loops. Even the 80’s have as protagonists some experimental electro artists in search of new aesthetical languages. The Ultra-Minimalism is already defined in the middle 90’s and one of its expressive gills consolidate its aspect and arrived since our days.

Moreover the dialogue between music and visualisation is more than alive, not an additional elements but a complementary part of the live performance. The contemporary technology allows a sophistication of ways once unthinkable. Thanks to new software, it is possibile to manipulate sounds and images in real time, with a double interaction, even with kilometrical distances. An example has been set on stage during the Monday live by Monolake aka Robert Henke that presented Atlantic Waves IV.

Before the live got started, while the lasts where sitting down on their red pillow distributed at the entrance, on the wide screen at the centre of the Turbine Hall some information were running at the top of a black background. The Berlin time, a hour ahead compared with the Londoner, flows in front of us with some technical information as the interval between the stimulation and the answer.

During his set Monolake uses a black screen on which he gives life to an abstract graphic structures, constituted by coloured squared that symbolize the notes. The cursor act in real time, turning on and off the sounds, creating complex musical structures. The squares, light blue and yellow, sound while a vertical slash of red squares pass over them. A live improvisation, while the artist Torsten Proefrock , in the Berlin studio, says hello to his colleague!

The performance title derives from the interface used to create live improvisations that link different parts in real time. The first live of this type has been performed during the Mutek 2002 and the two parts where Monolake in Berlino and Deadbeat in Montreal, connected via Internet. The graphical structure becomes one of the elements of the composition. Visual and sound are equal and the musician has the possibility to turn the audience in an attentive accomplice of the creative process.

The progression happens with evident changes on the screen. The Tate version has been designed exclusively for this event and the sound has been created with one of the first computerized instruments, the 1982 Synclavier . It will soon be possible to get software, documentation and samples used in this exhibition.

The Atlantic Waves performance it is not a concert but rather an artistic happening improvised in real time, an experience of construction and deconstruction of colour, structure, timbre and rhythm. The conclusion happens while the screen is invaded by always bigger and colourful elements. A message communicates to close the channels, ‘mute all steps’.

In this case the distant iteration doesn’t surprise as much as the fact that the artistic process is possible for everyone. The barrier between spectator and artist is now broken!.

After that, after short moments of silence, Carsten Nicolai gets on the stage, more similar to an altar where the artist disappears behind the instrumentation. The artist present a sophisticated set, xerrox . The opening, both for sounds and images, constituted by tiny white elements in the centre of the black screen, draws the idea of a hive in activity. Expressions of life follows one another in a complex structure, from the roar of the water to the explosions of fireworks, everything placed in an ambient of the everyday life.

In the progression of the performance, the distorted signal draws attempts of reception, as the artist was searching for someone from other planets. I’m asking myself if this is the sound created by planets with their movement. I’m astonished by this idea and I lie down, as lots around me, let sounds and images flood my senses. Suddenly the white points became millions, to the point that they light the hall up. The sound get so deep that submerge everything. To pulse is the verb that suite this set the most, the heart of the universe pulse during this exhibition.

The work of the Japanese Ryoji Ikeda has been produced by the English agency Forma , as the alva noto one. One of the principal agencies of contemporary cross-artform projects that works with international artists and festival. A while after the performance got started, I think I’m in front of the king of the data, transmissions and numbers. The constructions of his performance is perfect, as a mathematical equation. In fact the title is datamatics (prototype) .

A sound and visual perfection that sublimes a Japanese haiku, giving visibility to the invisible multi-substance of data that permeates our world. The fluctuating world that gives the idea of incertitude. He goes through Morse code and signals thanks to an elegant dynamical projection in black and white, to end in the galaxy. In his trip, lines give birth to dimensions, assembling 3D buildings. Eventually there are no more codes but names that show stars in the universe and explain their characteristics. The final scenes reach further dimensions, to the point that the performance of Ikeda leave us breathless.