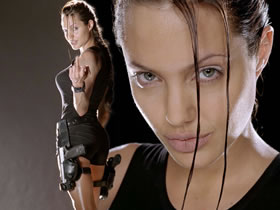 In an editorial on teenagers, published on the New York Times of November 2005, the colleague analyst Keith Ablow denounces the status of the widespread mental distress among teenagers. He talks exactly of “a profound detachment from self”, of a society which has drifted free from reality and is creating adolescents who are at most participant-observers in their own life, with little genuine emotion  like actors playing themselves. “

In support of this hypothesis – which whether realistic is of a spectral gravity (we refer to Occidental society of course)  he reports the description of the language, attitudes , expressions and postures, hairstyle, make-up and clothing- in a word, of the character- of one of his many patients.

Reading the patient’s description- sent to see him by his parents after they found steroids and marijuana in his bedroom- I must say everything looked very familiar to me. This, from one side because certain modalities-“outfitted in a faded T-shirt emblazoned with the words Sunset Strip ” have a strong component of the 60’s/70’s (that is to say my entire adolescence), from the other side because the artistic director of a bar such as Ecoteca, with a strong tendency to the modern and to all forms of modernity, have some expressive forms under his eyes all day long. Yet, to say the truth, there is something else.

From one side, the physical aspect which certainly does not belong to my adolescent background, “He was tall and muscular, with tousled, dirty blond hair”. From the other side, the language, which does not exactly belong to beat generation but, rather, to bit generation:

Ablow closes his reportage drawing up an aetiological hypothesis of which -according to him- is the state of psychology of Occidental society and he makes it with a precise attack to psychiatry. According to him, psychiatry is the main cause at the origin of the existential malaise affecting young people, even for its implicit responsibility for building a social model according to which the use and the consumption of psychoactive medications has become not only of simple access, but ethically and morally well tolerated too.

In other words, probably there is a problem: the progressive detachment of young people from reality. Then, he has an idea of its origins (from which, I presume, he moves to eradicate the problem itself, in the future): psychiatry, which has caused (or, at least, helped) a certain use in the therapeutic phase of psychoactive chemical substances which, by consequence, has been -and is- widespread within society and is identifiable by the indiscriminate use of drugs (because they should be named this way).

Now, stating beforehand that I agree with his diagnosis, that I believe the stupefacient phenomena is not alien to all this and that- as a psychologist – I am used to fight the cancer of the extra power of traditional medicine – I am partly persuaded psychiatry has got up into all kinds of mischief (and is still doing it) never favouring, nor even respecting, the emotionality of the human being and of his mind (and speaking of electro culture, let me mention for instance electroshock!), I get to the point declaring that Ablow’s aetiological analysis does not convince me at all.

On the contrary, I believe Ablow answers to a possible theoretical mistake building, as he is a good psychiatrist, an other one with opposite sense but with a symmetrically harmful direction. In my hypothesis, the aetiological attention shifts inevitably elsewhere, where we find the cognitive, emotional and more properly psychological aspects; the aspects dictated by the simplest mental mechanisms peculiar to the human mind such as imitation, association and identification.

By consequence, behind certain dynamics of the modern thought I find a big part of the dynamics of the “Hit and Run” games such as Doom, Lara Croft and Tomb Raider. All doped characters, for sure, but not in a psychoactive way!

I find sentences like “Got two weeks”, “or maybe we just go the  route” and “ to get my life back” tangibly typical of video games. In short, I find many analogies with electro culture and in particular, with digital. The detachment produced by play station, the “Sunset Strip” of Rave which involves ecstasy and much more, but which is a visual and musical model too in my opinion- are irremediably present.

And, maybe inevitably, I find in them some artistic responsibilities, al least, of a large slice of “our” universe of art and of all those characters (artists), institutions and manifestations living electronic and digital culture with grotesque superficiality ( or with dreadful cynicism?) and which make of this, rather then an instrument for the progress, a business without double senses and, by consequence, a regression weapon intended for the most defenceless, ingenuous and weakest souls and minds.

Beware! I don’t want to attack DJs or VJs or certain gaming components peculiar to modern electro and digital culture which, vice versa, I find interesting and, sometimes, extremely refined, as well as strictly necessary to complete the disciplinary panorama shrouding this reality which is -and must be- complex and complete.

On the contrary, mine is an explicit reference to the intellectual, philosophical, moral, social and human inconsistency of some organisations which like to define themselves artistic but which, more often, have little to do with the nobility of the word art, and which, vice versa, just take care of their economic and commercial interests. I just want to suggest you to reflect on the possible values expressed by some manifestations, festivals and shows, on the sense of the artistic research which, unfortunately, is more and more neglected. I want to encourage people to dissociate themselves from vulgar and superficial definitions of art.

It is just a request, addressed with particular energy to all critics and sector operators, for a strong solidly feeling in an attempt to contrast the ” pollution ” that is reaching the artistic panorama of electronics; poisoning which, the more those disciplines become famous and required by wider targets of public, the more it grows! In other words, I just want you to reflect on possible artistic, civil and social responsibilities, which, whether you like it or not, invest all of us, “artists” of the new world.