The Multimedia Colours Of Micha Klein 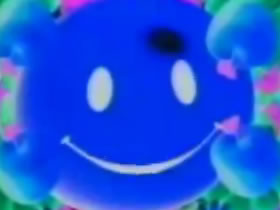 Micha Klein, Holland school year 1964 is considered to be one of the most well known exhibiters of digital art and culture of recent years, computer graphic genius and pioneer of the vjing, in the as we intend it today.

Graduated in 1989 at the Rietveld Academy, Amsterdam, Micha Klein started exhibiting in the same year his gigantic photographic panels, that make use of various digital techniques and styles, in principal museums and galleries around the world. His work attracts attention for its bright colours, the shiny surfaces and tells stories of a world that revisits pop art and culture.

In 1998, the Groninger Museum honoured him with a retrospective dedicated to his graphic production and videos of the last ten years. Since the year 2000 he has collaborated with Eninem and has done animation for swatch, coca-cola and the film ‘Around the world in eighty days‘ . Pioneer of the vjing, Micha Klein started to project his work at the first Acid house parties in 1988, with the first software dedicated to an amiga (friend). Micha has worked in the most prestigious clubs around the world and has collaborated with superstar DJs.

Elena Vairani: Digital artist for the ten past years’: what do you think about the evolution of the digital art during this decade?

Micha Klein: Digital art is still in it’s infancy, there’s technological innovation at a tremendous speed, creating possibilities  we hardly dare dream of. And it will be available at ever lower price points to enable more an more people to become active. Sort of democratizing the means of production, in a sense that artist can be empowered through this new technology. This makes it a very interesting field to be working in, for as an artist you already know that there will be new tools, and possibilities changing the way you work, and distribute your work, coming up every year. We’ll see more interactive and more Virtual Reality projects, since especially the 3D visualization technology moves at a crazy speed. Art will become more immaterial, traveling over the networks, like digital dreams….

Elena Vairani: The final aim of the Art has always been the research and representation of beauty. What about your idea of beauty? And how much the color has to do with this ‘artificial beauty’?

Micha Klein: What we perceive as beautiful is often very classical, about the right measurements, composition and color. For me it’s fascinating to see how these things work. To understand it and use it to communicate. To see where it becomes universal, or when it is culturally defined. Color is a major instrument and inspiration for all my work. You can use color to evoke emotions, and to seduce..

Elena Vairani: You’re considered one of the pioneer of live vjing; in your opinion which is the future of this art form?

Micha Klein: It’s great to see how big VJing has become over the years. Really cool also to see that companies are coming out with new equipment to facilitate a bigger growth. We are living in a multi-media age, so we can’t live on music alone anymore. Visuals will become an integral part of electronic culture, and in the future DJ’s will become Media Jockey’s. The role of software based VJing is becoming more & more important and will eventually become standard. We develop our own VJ software that opens up whole new realms of possibilities for the VJ. www.videoflux.com

Elena Vairani: You represent also the ‘ideal contemporary artist’, I mean, an artist that is able to join perfectly art and business. Do you believe that the brands and industry can be considered the new committments, a kind of ‘patron’ of digital arts?

Micha Klein: It can be really difficult to work with brands and industry, but then again, I don’t take any assignment that I’m offered. Most of the time these brands come to me because they want a ‘hip’ image. So then I can push the envelope and ‘inject’ some different content in their identity. I also try to talk to them and tell them they should transform their strategy to become ‘good company’, to be closer to their consumers and do community projects. Give back to the people instead of shamelessly enriching themselves. I think in the future companies will be judged on that.

For my first Coca-Cola commercial I managed to put in a guy wearing a Che Guevara T-shirt, a girl in a ‘Make Love, Not War’ T-shirt (just before the war in Iraq),  and girls licking each others faces. The commercial was sold to 25 countries, a lot in South- and Central America too. It’s fun to stretch the image of a company in directions they never would imagine, to sort of pile your own layer of meaning on top of theirs.  Also by doing commercial assignments I can finance my own art, and am not dependent on government subsidies, which gives me more freedom.

Elena Vairani: What about your plans for the future?

Micha Klein: I’m working on a new series that is suppose to come out this fall. I’m involved in setting up a city-beach/restaurant in the ‘hood’ of Amsterdam. There’s quite a full agenda of VJ performances, and we will release our VJ software Videoflux LIVE! this summer.