The Ethics Of Emerging Technology 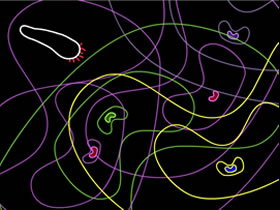 From May 26 th to May 28 th 2006, at the Stanford University Law School a conference will be held, entitled “Human Enhancement Technologies and Human Rights”

Human enhancement technology involves neural studies for the overcoming of paralysis and brain lesions; Nan technological applications for the cure of genetic, cardiac, viral, illnesses, up to the increasing of normal sensory capabilities, such as hearing, sight and smell through implanting bio-digital circuits inside the organism; such technology also includes the eternal human dream of lengthening human life ( life extension ) and the most well known biotechnological interventions on the birth of living beings.

One understands above all from the last example, how high the risk is. We are always on the edge of the eugenetic barometer, of the interruption of human evolution through the huge acceleration of the same; we risk the diffusion of technology that might well create a generation of super-humans, technologically enhanced, able to dominate the weaker part of the world’s population that can’t afford such technology. With an elevated threat level for pacific cohabitation since such superiority would involve the physical presence of individuals, an element that often appears before wartime collision.

The Human Enhancement Technologies and Human Rights conference constitutes an attempt to activate the discussion among humanists, “liberal cognitivists”, “bodily autonomy”, “activists and bioethical legislation experts”. The purpose is that of putting to the test the language of human rights that can and must face the fears and the hopes that the new technological challenges generate.

The committee organiser boasts eminent names of jurisprudence interested in biotechnology (Henry Greely J.D., law professor and director of the Stanford Centre for Law and the Biosciences), from applied linguistics to scientific discourse (Dale Carrico, of the Department of Rhetoric of the University of California at Berkeley), of ethics and cognitive liberty (Richard Glen Boire J.D., co-director and legal consultant for the Centre for Cognitive Liberty & Ethics) and of experts in futuristic studies (Nick Bostrom, famous director of the Future of Humanity Institute and Ph. Doctor at the Department of Philosophy at Oxford University). However, the main contribution is from the Institute for Ethics and Emergine Technologies (IEET, http://ieet.org/ ), thanks to the executive director James J. Huges and its founder, previously mentioned, Nick Bostrom. The IEET is a no-profit organisation that intends to promote “the ethical use of technology that have the objective of expanding natural human capabilities”: in practice it examines and presents texts and works of trans-humanist thinkers and scientists and proposes discussions on the social and political consequences of such applications through ethical and legislative instances.

The program of the convention is well nourished and goes from more specific thematic sections such as the legitimate use of psicotrope substances for the enhancement of intellectual performance, the relative theological disquisitions to the perspectives of life extension, feminism and procreative freedom through germinating technologies, up to topics with strong bio-political characteristics, as for example the search of fairness between technology and the state of power, the study of the aspects that involve the passage from human rights to those of the person (involving the main topic that deals with the freedom of choice regarding ones own life through the use of life extension technologies), or the defence or the opening of ones own identity through the use of “spersonalisation” – that for the moment are only occasions of speculation and not of realization  such as the uploading of ones own celebrate map inside of the large data banks or the famous technology of cloning.

The convention orbits around one of the key concepts of the sociology of science, that is the “black box”. In many ways approximate, we can assert that the term of “black box” is applied to that scientific knowledge that cannot be opened for various reasons. The first one is that such knowledge could be used for war purposes or, anyway, counter-productive research purposes and secondly because, turning out incomprehensible, they could generate phenomena of opposition and misunderstanding in the public opinion.

With biotechnologies we find ourselves, however, facing a fundamental problem of information: since they are technologies that can influence life itself and therefore on the main foundation of our existence, the same concept of black box could not only turn out to be non ethical or on the contrary to be the principle of the freedom of information, but to the inalienable right of survival of the individuals. At the same time, the publication of bioethical knowledge could stimulate clandestine experimentations of bio-weapons. Such a dilemma has been synthesised with greater cognition of cause by Jason Pontin, publisher of the Technology Review, in the article “The Loss of Biological Innocence http://www.technologyreview.com/read_article.aspx?id=16437&ch=biotech.

The possibility of maintaining this dilemma loaded with meaning and at the same time to face the future development that enhancement technologies will offer to us, is given to us by the ability to delineate future evolutionary scenes, as Mike Treder has tried in From Heaven to Doomsday : Seven Future Scenarios
http://ieet.org/index.php/IEET/more/treder20060218/, next publication in Future Brief http://www.futurebrief.com/ . The seven scenarios ( Stagnation, Slow Growth, Extinction, Enslavement, Status Quo, Uplift, and Nirvana ) are only sketches and go from the risk of human extinction to its quantum evolutionary jump, which means an enormous and generalised improvement of the living conditions of humanity, attributable to the post-human condition that foresees the full integration of technology in the human and the overcoming of the organic and the non organic barrier between them.

Valid as a temporary conclusion, and stimulus for future discussion, that many of our political and social conceptual categories like progressism and conservativism, democracy or tyranny in the future will have to be more and more integrated and re-discussed with the prefixes tecno- and bio-… what can stand out, as for example, bio-progressism compared to bio-conservatorism?.