The Fear Of The Limit 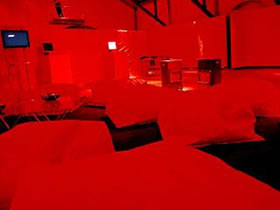 Not long ago I was invited to the conference (The Sense of the Limit, arranged by Pino Zappalà) which closed ToShare, a festival of digital arts. The subject of the conference was the sense of the limit. I had to relate the point of view of the artist. As I didn’t want to tell about my limits and as we were guests of a festival of digital arts, I considered which the limits of digital were, in relation with technology and art.

In this case, fears often, or, better, quite always, display. In a Newtonian universe, all is defined through the fundamental laws of dynamics; in simple words, the world Is like a huge clock. Human beings are nothing but cogwheels of this mechanism, which isn’t nice if we think we have a personal will and identity, and yet there you are the paradigm.

For who is involved, as we are, in the digital world, the turning point consists in McCullock, Pitts and Norbert Wiener ‘s ideas, rather than on Von Neumann .

Wiener, through the foundation of cybernetics in the 50’s, understands that each system can be ascribable to a cybernetic model, controlled by retroaction mechanisms. McCullocks and Pitts discovered togheter how to shape through mathematics and with a reasonable success, a single neuron.

So, Wiener asked quite soon to himself: but then, as a human being in what do I differ from a machine? Where is the limit? This fear is linked to the sense of identity brought into crisis. The same doubt spreads in Blade Runner (where the androids, even though built, are identical, if not better, with human beings and where we will never know whether the hunter Deckart is human or not). From the multiple identities of Burroughs, all equally frightening, to the multiples of P.K.Dick , up to the demand of pathologic as the only possible type of identity in the characters of Ballard, all is bring up for discussion again because of the limit.

Maybe much of the resistance towards digital, in the world of art too, derives from this fear. If we think about how the limit between human and digital is, at least, faint and how much digital we have in our lives, we should judge it as quite unpleasant. Beyond bringing up for discussion the role of the artist, our role as human beings is collapsing too. This is why they resort to the idea-accusation that the digital is something cold, detached, and immaterial. Idea which, all in all, identifies “mind” with the human quid; so, it is possible, at least in theory, to upload in a computer the human quid itself.

This idea is previous to digital, or, better, it is the old Judaic-Christian idea that the physical body is a limit, is the flesh to condemn. In other words, the fear of the limit is the fear of the crisis of our own identity, crisis which should be dealt with handling a quite inevitable transformation.