Science Of Information, Science And Society 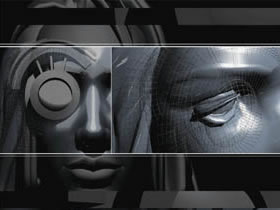 Science of communication is more and more moving away from an overall social subject. This science interdisciplinary par excellence is specialised in subfields and has created fences frequently off-limits, maybe because it focuses too much on amazing again and on safeguarding its margin of action. Together with repetitive manuals on new media you can find investigation on contingent phenomena such as smart mobs with rather the feature of a description and of an anthology than an investigative value.

Together with science of communication there is psychology and sociology of mass media, the journalism (with its weekly, daily and scientific review), in a few words all the studies that can be gathered in the humanistic disciplines of information. They use, often implicitly, ” a logic of closure point by point” through a rhetoric of alarmism (for instance Baudrillard) or pro-technicians enthusiasm (for instance Pierre Lévy). Just think about how the topics of nanotechnology, of robotics or of genetic engineering are outlined in black and white without any shade of colour. Science and social dynamics don’t seem to exist anymore, and instead of them there is a man devoid of evolution dynamics inexorably exposed to the devastating influences the technology exerts on him.

On the other side of the fence, there is a rich current affairs press proposing theoretical models of opening whose f undamental thesis is that the future of science is determined by its dialogue with society (among which the text of Rifkin on the Era of Access). In this case, becoming a “speech” of science, even in its apparent simplicity, gains a deep complexity. The disciplines we are talking about are sociology of science, cultural studies on science and on technology, on technological policies and on sustainability and on scientific ethics.

Science, together with its destructive and imaginative potential developed-first with medicine then with nuclear physics and now with biotechnology- fully penetrates social and political life of individuals. Today more then ever, it is impossible to talk about science and technology without mentioning society. The technologisation process societies of XIX and XX centuries have undergone developed side by side with an acceleration often science of communication forgets: public interaction. As Nowotny (in Rethinking Science: Knowledge and the Public in an Age of Uncertainty, 2001) ” society has begun to speak back to science”.

Scientific and technological subjects have created a “new synergy with political dynamics of citizenship”. As Sheila Jasanoff emphasises in her article Science and citizenship: a new synergy published in Science and Public Policy (Abril 2004) is thanks to different scientific problems- GMO, sustainable development, access to medicines for the Third World , genetic engineering- that knowledge has become deeply political, as it involves, first of all, individuals from different social spheres.

It’s science that has changed government methods (governance) because has created new civil action spaces, discovering, or rediscovering, knowledge as political field. To govern today means to govern knowledge. A participative vision to public debate as well as a distribution of rights of more inclusive and opened knowledge versus a hegemonic vision of expertise is at stake. Jasanoff thinks also that we are living in a moment of constitutional life of the democratic society, a constitution meant in its government-legislative meaning revolving around the hub of the relationship between society-technology-science. Those are the topics that had a share in the communitarian establishment process which we often define as “of identity”.

According to Sally Davenport and Shirley Leitch the ideal dialogue between science and society assume the features of a modern Agora, resorting to the Athenian square model which had such a great importance in the democratic debate of Ancient Greece ( cfr. “Public participation Agoras, ancient and modern, and a framework for sciencesociety debate”, in Science and Public Policy , April 2005). The modern scientific Agorà should develop on the three dimensions of the forum, participation and of interactivity.

The forum consists in establishing a public space which can and must include strong forms of protest. Participation must guarantee a broadening of the chances of speech to each individual involved, while interactivity assures dynamics of exchange, enrichment and negotiation of positions and point of view. The authors report the positive experience of New Zealand ‘s Royal Commission on Genetic Modification (RCGM) for the study of biotechnological applications and of GMO in agriculture and food

Each research which can exert a widespread impact on population such as biotechnologies’ one, the starting point is nothing but the ELSI model, which reflects on “ethical, legal and social implications” (the model has been elaborated by the Department of Energy and the National Institutes of Health of USA for the Human Genome Project ).

Science of communication should extract theoretical models starting from the general rule of public spaces concerning technological and scientific topics, it should open to the methods of public and decision-making debates(who talks, which are the levels of the speech and of influence) and should understands why a powerful mean of communication such as Internet- a product of scientific community which constitutes potentially a perfect form of open forum- remains strongly geographical (used by 14% of the international population, by 68% of US population, by 45% of EU’s) and do not repeat the tale of the no-place and of virtual deterioration.