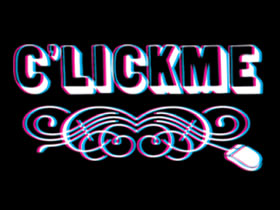 In olden times we inquired into digital bodies and bit physique, today we prefer real performance to virtual one where the body becomes flesh at last (using a now memorable Cronenberg-like expression. I think many of you remember his movie “Videodrome”.)

Tatiana Bazzichelli: The pornography topic is becoming very important to reflect on world political events and their media representation. Referring to your text “Warporn! Warpunk!” and “The Art and Politics of Netporn” event, how does politics become pornography and vice-versa?

Matteo Pasquinell: It depends on what you think pornography means. I think it’s better to explain some terms even if it’s not useful to give a univocal definition as pornography is formed by a multitude of forces (it’s enough to read the first pages of Pornocopia by Laurence O’ Toole to see how every definition seems to have unintentional funny implications). Anyway today we often docket as “pornographic” the media events that represent a sudden and violent connection between our animal instincts and the collective imaginary. They don’t have to be forcedly sexual images, think of death, violence and war pornography. On the other hand in the Western Countries which are not personally involved in the war the commercial imaginary has to imitate underground porn attitude and images to recover its appeal. Briefly we can say show business and net societies are more and more involving hypertrophic representations of the human being’s desire and animal instinct. It’s a molecular and intimate becoming of media biosphere (you knowsomeone could say “biopolitics”). It doesn’t have forcedly to be a negative process: it’s just a social evolution. “Politics of Netporn” means: how can we live together with this process?

Tatiana Bazzichelli: How can netport open new horizons to the most independent artistic experimentation?

Matteo Pasquinell: The ironic paraphrase of a Castells’ book title “The rise of the netporn society”, which was one of the Amsterdam ‘s conference topics gave almost no room to art. It’s a phenomenon with great social dimensions and art is forced to be behind time. The net has given visibility to practices and experimentations which don’t need art galleries social economy to be recognized anymore. Katrien Jacobs wrote a book which has just been published by Maska LIBI_DOC: Journeys in the Performarce Of Sex Art about the relationship between sex and technology. It’s an interesting book because it refuses both the academic and art critic languages preferring an autobiographical approach. On the contrary of some academicians talking as they were anthropologists or entomologists parachuted in a jungle, Katrien’s experience comes into play

Tatiana Bazzichelli: What has it come out from Amsterdam ‘s event? Will there be new “The Art and Politics of Netporn”?

Matteo Pasquinell: Netporn Conference was a success, thanks to the peculiar open and tolerant Amsterdam ‘s atmosphere. There we have been stored endorphins and pheromones for months. We would like to organize the next netporn event in a city similar to Amsterdam but we don’t have an actual project yet.