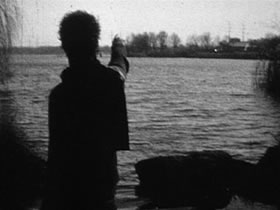 Regent’s Park it’s a beautiful park in the heart of London. But for the last three years, during October, it is no more crowded by lazy tourists or English that hope to find some tepid ray of autumnal sun. This green paradise become actually an enormous bazaar, so perfect in its organization that it turned into the most authoritative European expositive exhibition. More than 160 gallery chosen between the best of the world expose their worthy artist, a real Toy-land for collectors, onlookers and layman searching for the new cult object Is this true?

The only critic, not unimportant, of this awesome marathon, named Frieze Art Fair, surely is the quality sometimes mediocre of the selected people. This creates and feed the unpleasant difference between a National Gallery and a private one that links the first one with the noun quality and the second one with experimentation, not always noteworthy. The Frieze deconsecrates the expo concept bringing it back to day life (we’re talking about shows, but it could also be a thematic hotel or a disco-gallery in a station museum). It follows the positive and freeing trend that knock downs the last barriers between a passive public and a new generation of interactive prosumer.

Learned relative of our Smau, similar talking about the budget concept, the Frieze could be a tragic fall into the art chaos, into the nothingness of everyday life or even into the grotesque. One thing is sure: the perfect Londoner organization has as usual succeeded in creating a myth. Besides, we’re crying for the demolition of the elite art in favour of a wide creativity that include the totality of people. This generates a contents fault, but only a few understand it, all clouded by “lot for less”.

From this point of view, Frieze it’s a real success. In just four days, this year from 21 st to 24 th October, you can find live music, private parties, conferences and little workshops. Frieze is absolutely stimulating, amusing, not so out of conventional moulds, therefore perfectly balanced on the thin rope between mainstream and underground. This gives the festival a politically correct atmosphere that nothing creates and nothing destroy, even less established equilibriums among galleries and museum.

There is nothing genially innovative in this fair, as the originality we grasp has already shown during the last decade. Evidently the market treated by the administration is so large that the impact become invasive. The classical expositive method is easily followed, and maybe Frieze due to this “seraphic routine” his own success.

None of us try to denigrate Frieze! During the last years the tickets booking dizzy increased, the media has publicized more and more the event, creating a little milestone of the autumnal English season, as well as a not to be missed appointment for all the insider art students, managers of an art gallery or critics. The third edition represented an announced success, meaning that the ingredients as creativity, new galleries, night performances, are well-winners. The festival is considered a business weekend, even one of the most important of the world, at least by the British press.

Huge stands proposed young people selling their works relatively low-cost. A fine sale. In some way it is not so far from a Saturday afternoon in Portobello road spent ransacking the local street market. All that glitters is not gold, but you can surely find something interesting waiting for you. And after miles up and down Regent’s Park looking, talking and judging you’d be satisfied to go back home.

Since its born, Frieze has supported the Anglo-Saxon creativity and the flowing torment that puts the expo at the centre of the artistic European development. A successful Londoner journalist, Janet Street-Porter, witty underlined that Mr. Blair in person should be thankful to the promoter, Mattew Slotover and Amanda Sharp, able to use the English fund in an innovative manner, turning it into a huge income both on the economical side (Deutsche Bank as majority shareholder does not surprise at all) and on the cultural side. Well, thanks a lot! Full hotels, taxi rushing to Regent’s Park, flight cost never so high Considering the Festival from the tourism point of view, success guaranteed!

What does not create trend when you are so lucky to be born in London ? Are our national festival less valid? Does anyone asks itself if there is authentic artistic quality in the exposed works? Unfortunately, I don’t think so. Frieze is just a well done marketing operation. This sentence doesn’t mean the stands are pitiable. Often they are very interesting, most of all those who come from Germany and Austria . But I think we should try to be a little bit critical and understand that not everything that comes from UK is perfect, even if we submerse ourselves in art and we enjoy ourselves with Frieze moon park.

Art Fair is absolutely worthy of note, most of all because gives visibility to young artists too. Give a chance to everyone is the expo motto, within freedom of choice and expression. As this doesn’t frequently happen, it is considered the strongest point of the event. No one can leave from Frieze the merit of being a massive expositive container, so leveled that each young artist would be a part of it.

In fact, among the 47.000 onlookers of the last edition, more than art collectors and lovers, Maurizio Catelan, Lawrence Weiner, Sir Peter Blake, Anish Kapoor, Grayson Perry have been spotted in the crowd. It points out that the resonance given by English media to the event, the perfect organisation and the winning communication, turn the Fair into the world wide cult moment. Everyone wants to take part in Frieze Fair!

The English press is able to do its job and sell a product. Frieze cult object, that knows its abilities and how to valorise them. Reality that doesn’t astonish, as an example of an English peculiarity, great talent of the UK population: adorn itself even too much. Frieze is immature, a little children that flirts with the press, enchantress of crowd that begins to understand its essence. A contemporary art expo, baby but already central .

So the little Frieze of the foregone 2004 edition has surely grown up, walking on a road that will make it a quality Fair, erasing the vanity created by its virtually valid character even before being tested. English miracles!

The 2005 edition represented not only an event for fetishists, but also a sell of visual intriguing art works. This way the event was successful from the media side, the economical side and, last but not least, the qualitative side. Even the manager of (Film)Tate Modern, Stuart Comer, has applauded with respect the great success of the cutting edge of the art market for collectors.

Surely the agenda of Fair 2005 was brilliant. The trading has been connected to different projects integrated to each other in a way that the public could be astonished. Some movies about Bill Viola, Andy Warhol e Daria Martin and the concert of Karlheinz Stockhausen has been sold out. The Frieze trademark will aim higher and higher.