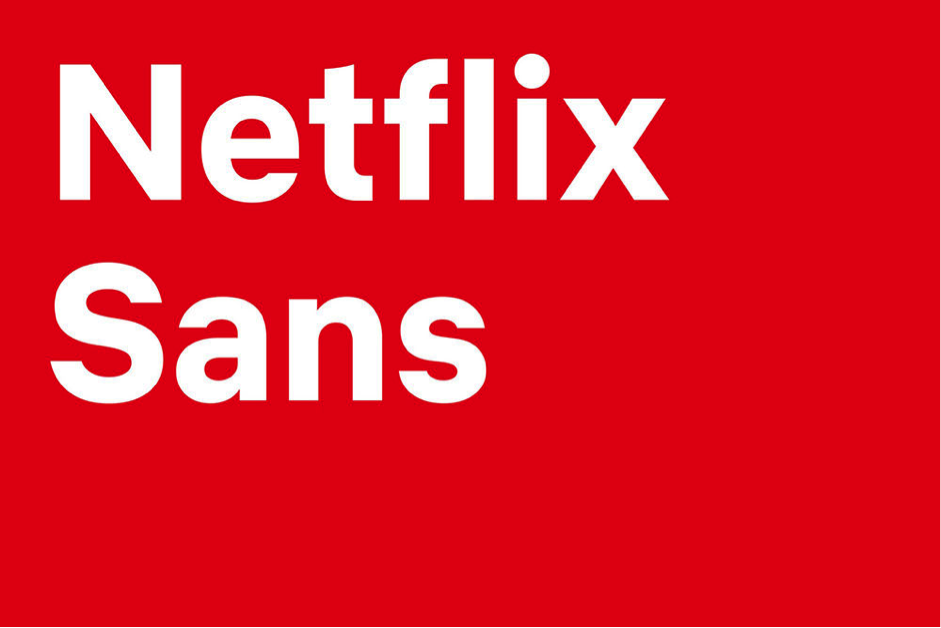 With the digitalization era, creating a custom typeface has become not a luxury but a must. Tech startups and companies that have nothing to do with IT, keep investing in creative design solutions.

If you think about it, this interest in custom fonts makes absolute sense. People are surrounded by brands and advertising, and standing out turns into a major challenge for advertisers and business owners. All means are mobilized to achieve this goal – and font, is a powerful design element, is the first to undergo the transformation. 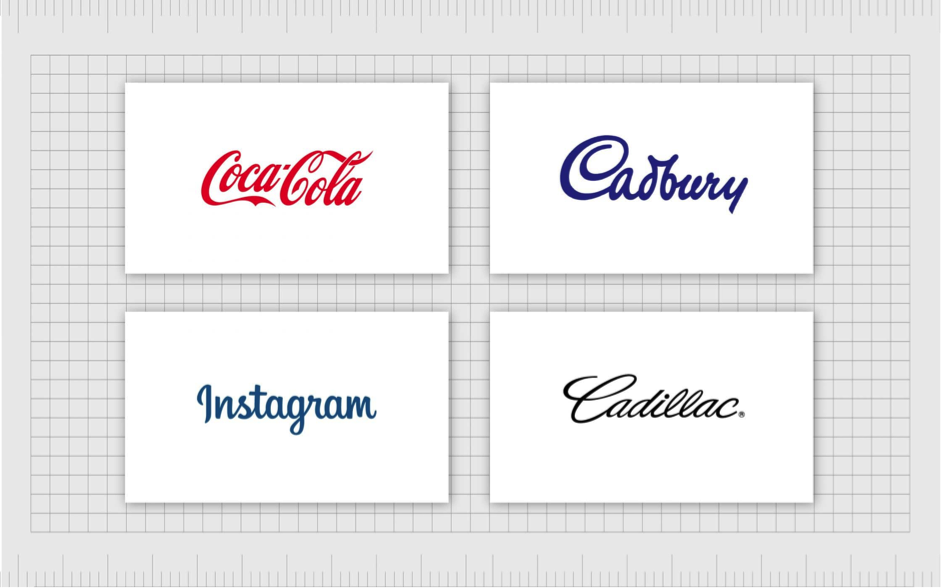 Why companies opt in favor of custom fonts?

In this post, we’ll talk about the best examples of custom typefaces and companies who were among the first and the best to implement their distinctive style. We’ll also take a look at their motivation and creative inspiration. If you decide to make your own signature font, you’ll have the best references under your belt.

The main motivation to create a custom font is to get past the fees for using a ready-to-go typeface. The thing is, free fonts are overused and don’t stand out anymore. For rare fonts, businesses have to cash out for commercial usage rights on a regular basis.

Additionally, brands want to ensure that no one else will be able to use the same font. It would be very unfortunate to implement a font in your branding strategy only to see it being used by competitors. Corporations are more or less safe since they can pay more than most competitors, but SMEs are in a risk zone.

At the end of the day, the costs of creating a custom font are lower than using ready options and paying for commercial rights

We analyzed the best original typefaces, used online and in print. Some of them, like Netflix or BBC, have joined the club only recently while others have been of the front lines of font customization still in the previous century.

Let’s analyze what aspects contributed to the success of these design solutions and how business owners can benefit from these cases.

The leader of personalization, and branding, it’s only natural that the company with such attention to detail decided to invest in a custom font. Several years ago, Netflix has announced the collaboration between Dalton Maag and their designer, Tanya Kumar, to create a unique typeface of the company that would capture the brand’s identity.

The result is a geometric, bold print with grotesque geometric shapes. The typeface borders official sharp forms and casual curves, finding a perfect balance between staying professional, yet playful.

The inspiration for the font, like in most cases, came from the brand itself. Here’s the takeaway to business owners: in branding, start by analyzing your offer and audience, and look for inspiration elements that respond to this purpose.

Netflix team designed Netflix Sans with cinematic fonts in mind. The font is similar to those used in old movies and some modern TV shows and has slight typewriter features in lowercase proportions. The letterforms are purposefully kept neutral, so it fits both to the new and old content – just like the platform itself. The variations include light, regular, medium, tin, gold, and black.

Disney was one of the first companies to take the question of using a custom font seriously. Well, that’s logical enough, considering that Disney was always about creating unique designs. Even though their font doesn’t really display the modern lettering tendencies, it’s still worth being reviewed.

Disney font is one of the most successful custom typefaces in history. People install it in Microsoft Word and Google Docs packages – that’s how far the cult following goes. 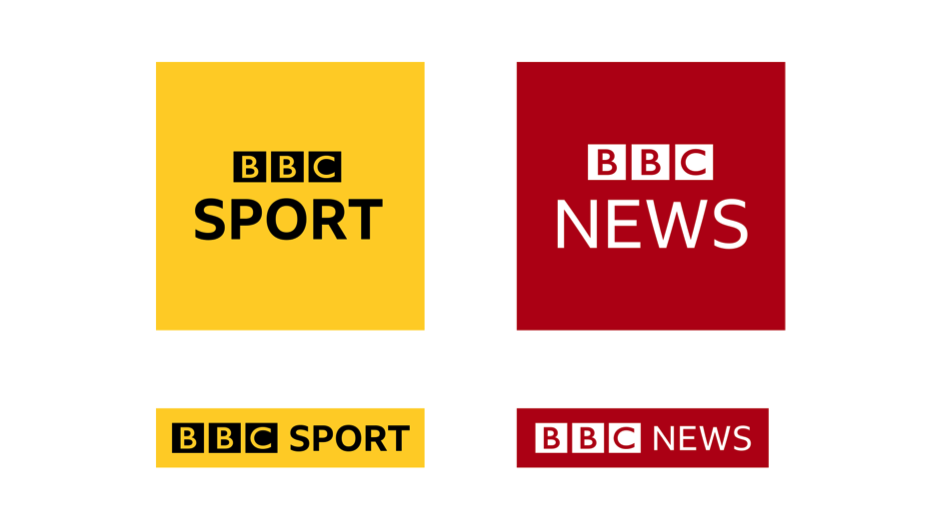 For many years, the company used Gill Sans font – perhaps, even for too long, considering that it became the company’s second nature. Perhaps that’s why the font change in 2017 caught many by surprise.

The logic is clear, however – paying for using a font to such a large extent is an expensive investment, and there was no point in dragging it along. Plus, changes in font communicate the transformation of the company itself towards a modern, digitized vector.

The custom typeface was named Reith in the honor of the BBC’s first CEO. The development of the custom front began as early as in 2015. It took a while, considering that the broadcast company has to use the entire set of fonts simultaneously for different media channels.

The ready font was presented in 2017 and combined serif and sans serif features. The company stayed true to its originals in the first font. Hence, another takeaway – if you have invested in branding before, make sure your new font keeps similar features, so the efforts aren’t poured down the drain.

Similarly to BBC, the company has initially started with another font, and ony recognized the need for customization in May 2017. They might be regretting not doing this earlier, considering how much branding efforts went into promoting the old version. Still, better late than never.

Youtube Sans was designed by the company’s in-house team with the cooperation of the consultant brand, Saffron, and type foundries. Cooperating with type foundries is a common practice among medium and big companies – it’s the fastest way of getting additional in-depth expertise.

The inspiration for the font came from the design of an iconic button logo and a subscribe button. The typeface is sans-serif with bold and curved lines and diagonal cuts. The shape of letters remind the triangles on the Play button – an additional branding element.

Google is one of the heaviest investors in font customization. The company has launched an Open Source typeface library with unique fonts, developed specifically by Google’s team. For its own branding, the corporation uses Product Sans – the font is available on multiple devices on cross-platform browsers.

The idea behind the typeface was to create a font that would keep a similar view on all platforms. Similarly to the BBC, the company kept the main features of its own branding, keeping Roboto the base of their new typeface. The font is available on GitHub for collective editing.

If there is one company for whom having a custom font is a must-have, it’s Apple, with its design-centered approach. Interestingly enough, the corporation didn’t have a custom font right away. However, the high costs of using third-party fonts and the need to stand out among the growing number of competitors forced the company to reconsider.

San Francisco, the original font was released together with Apple Watch in 2015, used now on all iOS systems and devices. The best thing is, the font is adapted to all sizes and formatting. 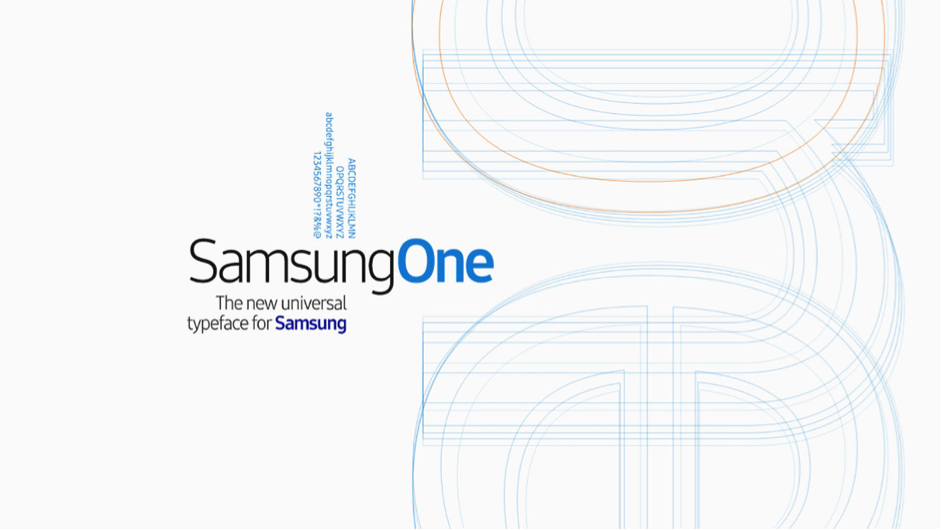 Samsung didn’t have a choice but to follow its competitors. Apple and Google. Similarly to Apple’s San Francisco, this one is also supported across all devices and major operating systems.

The company took it even further. The font family applies to fridges, phones, and TVs. The set supports 25 000+ characters and 400 languages. The inspiration came from Droid Sans, original Android font and Google’s Roboto. Even so, the company followed its original style, keeping the innovation close to home.

For a newspaper, investing in fonts should be definitely a priority, and USA Today leads by example. The newspaper developed two digital fonts for use in its printed, online, and mobile versions.

The aim of the customization was to unify all products in a single brand. An important takeaway for business owners here is to find a common denominator of all projects, keeping similar business identity and developing consistent aesthetics.

Unify Sans and Serif, created for print and digital, have flexible customization settings – that’s ow the company keeps single but adaptable font style consistently on different mediums. Notice, though, that USA Today still respects the game rules of its medium – it would be a bad idea to go to print with the same font as in the mobile app.

One thing is obvious now – digitalization and competition force brands to customize all aspects of their branding. Text materials on all platforms should be unified to a single style, starting from logos and headlines, to text body.

The rules of advertising games are getting stricter, and it’s important to use all means. Font customization is the next big thing, and we can learn more about it by observing big brands’ strategies. Gathering experience and monitoring the trends is the first steps to creating a successful original font style.