Traces Of Identity And Memory Of The Present 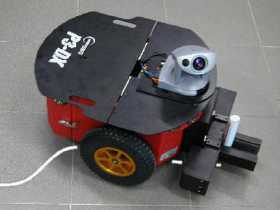 Bunker Art Division with scientific consulting of NOT gallery has presented at the end of last June in Naples an inedited work by Ruben Coen Cagli and IABO , two decidedly distant artists with two apparently incompatible projects, both of them born from an attentive observation of the insecurity that pervades modern manhood

Life signs, aesthetic suggestions to give certainty to our life is an exhibition in which authentical strategies in order to leave a small, perhaps indelible trace of ourselves, of what lies in and all around us are being experimented.

It is by now common opinion that technology can represent the only opportunity for redemption, the final possibility to really improve our life conditions and future prospectives. More rarely it is art to be relied upon for this hope. It is unlikely believed that a symbology of signs can be elaborated, and consequently that an aesthetic philosophy able to oppose to the harshness of a more and more complex and problematic life such as modern life can be developed.

Globalized reality, in which the behaviour of individuals and their identities seem to pulverize inside the mass, brings out the spontaneous thought that our destiny is inevitably bound to the others’ and therefore that it is useless to act in a way that differ from collective behaviour. The idea of being dependent upon the others, therefore, causes also a profound sense of insecurity: nevertheless there is something we can do about it, in the way we see life, in the way we represent it, to be able to face it with greater determination, by downsizing our fears.

In order to live a better life in the present and together with that also to get ready to what might happen in the future a correct documentation of what happens to us in our daily lives can be usefull,. We can learn to record what we do everyday in the exact moment that we do it and, then, learn to read what we’ve done to comprehend the meaning and the direction of our acts.

We can learn to put something aside, especially what there’s plenty of and therefore we underestimate, because one day (in the future), from one moment to the other, we could run out of that. At least this is what appears from the work of Ruben Coen Cagli and IABO who created at BAD Museum installations/performances whose goal is to involve the viewer in building up representations allowing to live the present with more confidence and in a more conscious way.

In particular Ruben Coen Cagli, very young and interesting artist from Naples, degree in Physics and a PH.D. in the same subject still ongoing, has presented Macchina per tracciare (Tracing Machine) , a project that includes an interactive installation and a robotic performance, proposing them as intermediate knots in a net of observations on “traces”. Every gesture, every action that we perform leaves traces behind. Our existence, in a way that is not dependent upon our will, modify places and things, contributing in building our memory with several disordered inserts and some others systematically stored.

The project intent is to involve the visitor in an experiment that wants to call attention on our own sometimes forgotten physicality. People movements turn into this video traces installation, and also into a robot that leaves physical traces on aluminium foils that can be bought in 30X30 cm modules.

Who came to BAD Museum had become integral part of the experimentation that Ruben Coen Cagli has realized in collaboration with the Robot Nursery Laboratory of the University of Naples “Federico II”. Gestures that mark a path performed through the artist’s awareness, the visitor’s spontaneousness and the poetic and original intimacy born from the relationship between the two of them.

From a conceptual-manzonian print with an eco-sustainable aftertaste comes, on the other hand, Iabo’s work “Acqua”, whose purpose is to retrieve those assets underestimated by Society, that will presumably reveal itself, however, essential to our survival, as water is. The project counts the purchase of a certain quantity of water, that will be delivered on March, 13th 2050.

The water/artwork will be kept in BAD Museum inside a specially built bunker. The purchase and the delivery in 2050 will be certified by a title deed signed by IABO. The intent is to involve the participant in a meditation on the importance of water in our life, on the need to preserve it in order to be able to guarantee a chance of survival in the future.

The water, bottled in a limited edition of 400 bottles, has been offered for sale at modest price of 15 euros on BAD Museum and NOT gallery web sites and at their head offices. On inauguration day IABO has taken care of signing the title deeds and of the activation of the bunker. This artist, who comes from traditional education, but has his own eclectic expressiveness, has shown his assimilation of Piero Manzoni‘s lesson from 1960: “When new conditions occur and new problems appear, it is necessary to find new solutions through new methods and new measures”.

However this goes beyond the boundaries of art and techniques, intending to be a general observation on human conditions. More likely it is not a matter of seeing other things in a different way, but to try to see them in a simple way.