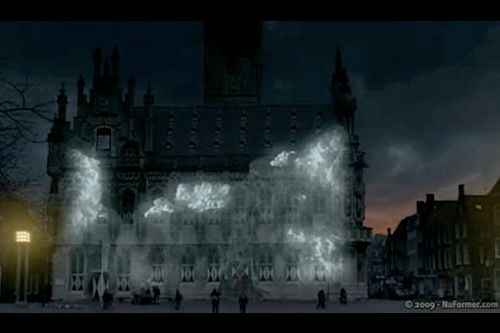 Projectable surfaces in metropolis have become big buildings’ facades. We already wrote on this subject in the previous Digimag issue and this time we are putting forward our interview with Rob Delfgaauw from NuFormer, a Dutch firm which has diffused worldwide the sensationalist technique of mapping and screening 3d videos on bulidings thus precisely reflecting existing volumes and altering in the public the way of perceiving the static object. Performances, advertising campaigns, big public events.

Their promotional video, Projections on Buildings, a video-live performance in which buildings seem to be flaking off in front of spectators or else to be filled up with colorful small balls, was everywhere on the web. NuFormer style gets popular and turns into an example for many.

Biosensors, acoustic, magnetic, optical, electromechanical motion capture systems, MIDI messages: with new media we witness to live performances of the actor-dancer together with the “media processor” device (Lev Manovich) and body is used as a hyper instrument, since the performer is able to control just by his movements, interactively and in real-time, inputs incoming from several peripheral devices, hence animating objects, environments, graphics, images, sounds, 3D characters.

We behold, therefore, the most various digital technomutations of the actor and also of the stage/scene, contextually, since it is clothed in attributes which are as protean and metamorphic as the electronic mask: patterns made of lights, visual and audio landscapes, transparent screens uninterruptedly embodying bodies and images, interactive digital devices that stimulate different levels of perceptions, spatial immersive strategies to fulfill the necessity of mobility, proximity and action from the public towards the event.

“Reacting” and “acting” environments, virtual and intelligent, give shape to a new theatrical space: not a mere container of events anymore, yet a sensitive, extensible space, modulating and being modulated. 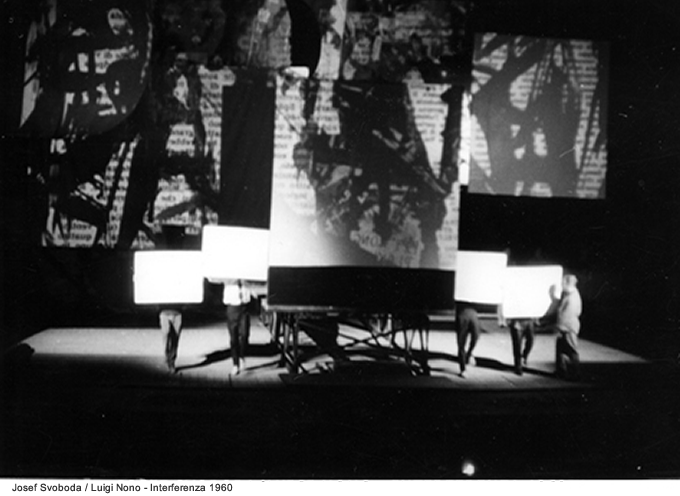 Following Varela, Paolo Atzori aspires to a new referential concept: space as an enactive entity: “The project of the representation stage is turned into a sort of conceptual catalyst for an elaborate team-work, where distinct individualities and competences are holistically integrated within a planning method which, being based on contemporary conception of space, might encompass models of simulation, digital environments, streams of data, dynamic fields activated by Euclidean matrices and models of generative and pervasive spaces that we can,

Following Varela and Maturana, dub as “enactive”, an environment which regards knowledge as a result of interaction and sense-motor processes rather than preexisting realities, along with a new aesthetic risen from collaborative comparisons between artistic and scientific research worlds, being based, that is, on interaction.”

Contemporary scene has developed rather atypical systems of screening on diverse surfaces. The attempt is to achieve the faded, vanishing effect of images through concealing the screen canvas: hence projections on spherical and moving surfaces (as in Intolerance 1960 by Josef Svoboda and Luigi Nono), on double tulle voiles between which the real actor is set, (like in the scene concert What is fascism and for the multimedia reading Qual’è la parola by Giardini Pensili).

Mobile panels and projections on thin textured materials letting light pass through, showing blurred images, video reminiscences of archetypical forms are the ones in Crescite from the Tragedia Endogonidia by Socìetas Raffaello Sanzio from Carloni’s and Franceschetti’s hand: even screenings are no longer made on plane surfaces, but on ‘space’ instead, on natural elements as gas, water and vaporized water.

Through his Digital Versatile Theatre, Fabio Iaquone is trying is experimenting screenings on gas and smoke, re-enacting the myth of phantom visions, whilst artist Paola Lo Sciuto attempts to set a “tridimensional film” in theaters by patenting a system that uses a staging stagecraft system of projections and refractions, consisting in screens and mirrors which shift the image from the parallel plan to the perpendicular.

Furthermore, wide screening surfaces that double the scenographic structure occupying its higher levels (in By Gorky from New Riga Theatre) or definite the circumference of the stage area (in Ta’zive by Abbas Kiarostami, an ancient Iranian ritual is recover through a theatrical elaboration). Multiple gigantic devices are used to screen The Guest (L’ospite), a piece Motus extracted from Teorema.

In (Or), the scene does turn into a cyclorama or into a surreally proportioned world in Dumb Type‘s Voyage, in a claustrophobic cube made out of screens in (a+b)3 by Mutaimago, the inside of a gasometer in 360° by Granular Synthesis, a huge cylinder of mirrors, creating dazzling lights and images in the Damnation de Faust and a plexiglass cage in Fura dels Baus‘s Metamorphosis. 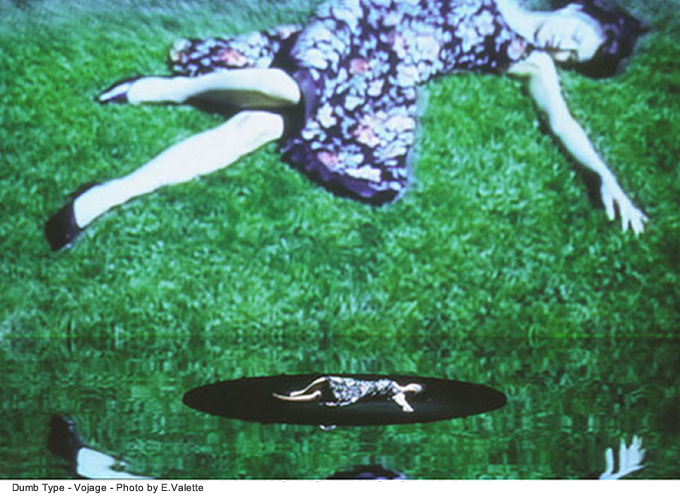 Screens showing fragments as flashes, bodies, shadows, reflections, are the ones inhabiting Mutaimago theatrical fields whilst Santasangre frees images in the air as if they were steam or a mirage generated by the heat. In the end Michel Lemieux/Victor Pilon duo, namely 4D ART purposes a greatly sensational show as a homage to Norman Mc Laren where images taken from the iconography of this excellent film maker experimenter, father of animation, become holographic projections surrounding the dancer.

Annamaria Monteverdi: Can you briefly give us a little insight of your technical and artistic background and on how you began your activity?

Rob Delfgaauw: NuFormer is a multimedia company, specialized in video productions and webbased projects. The bureau is based in The Netherlands. After seeing some examples on the internet of video mapping projects from mainly artistic parties we were triggered to do similar projects. NuFormer has all the technical expertise in the house (3D modeling and 3D animations, motion graphic design, video editing, programming, etc) and together with our design capacities we succeeded to create and develop high skill 3D projections on buildings.

Annamaria Monteverdi: Where do all your ideas and inspirations come from? Have you seen similar projects around the world?

Rob Delfgaauw: In most of the cases we work from the outlines that have been given by our clients. From there we design the content and map this very accurate on the architecture of the building where we are projecting on. Our ideas are mainly pure although of course we also get ideas and inspiration from projects seen on the internet. 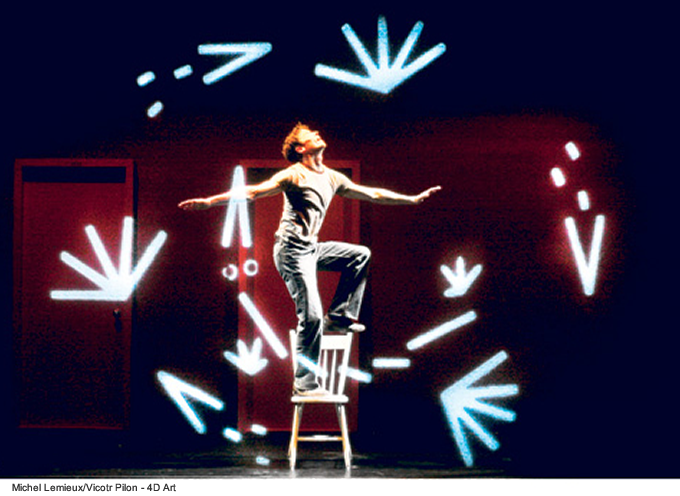 Annamaria Monteverdi: You develop high-skilled 3D video mapping projections; would you share the technical details about how you made them?

Rob Delfgaauw: Unfortunately we cannotreveal all the specifics concerning our expertise. We can say however that we use a mix of traditional techniques to customize the animation, photos and video footage to the architectural features of the building. But most of the work is done in a 3D environment.

Annamaria Monteverdi:Do you do any preliminary drawings before modeling or doing animations?

Rob Delfgaauw: We always start out with a brainstorm session and come up with a concept. This concept is then turned into a more detailed storyboard which forms the base for our production process. From there we start modeling, compositing and create the 3D animations

Annamaria Monteverdi:Which are the software programs you use for your projects? More precisely, do you use vector animation (like flash), multipurpose toolkits like vvvv (see here a very good tutorial: http://vvvv.org/tiki-index.php?page=How+To+Project+On+3D+Geometry) or just 3d modeling and animation for the digital creation of the architecture of a building?

Rob Delfgaauw:We use several 2D (vector based) and 3D editors.

Annamaria Monteverdi:How do you solve the homography problem in projections and how do you achieve to map precisely the architectural shape? Which software or method?

Rob Delfgaauw: We solve that by gathering and working with data as accurate as it can be, using high-end techniques and tools. 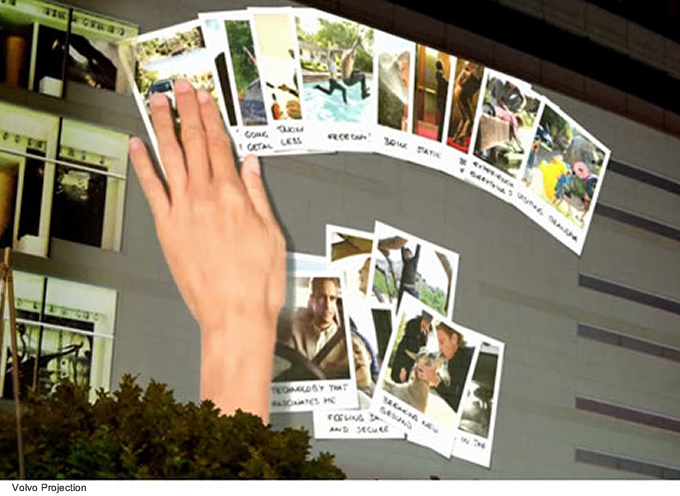 Annamaria Monteverdi: You are able to design 3D projections by a battery of powerful projectors. How many of them do you use, precisely? How many lumens each? Which software are needed to manage them?

Rob Delfgaauw:The size of the building, the ambient light situation and other circumstances determine the amount of projectors needed. We use different software packages to control the play-outs. Most of the projectors, mostly used stacked, have a capacity of 20 K ansilumen.

Annamaria Monteverdi: How long does it take to model and animating one 3D building projection?

Rob Delfgaauw:That really depends on the length of the animation but we generally need two months for the full production.

Annamaria Monteverdi: How do you prepare the urban ambience?

Rob Delfgaauw: We always work with local event producers. They have the job to see how much ambient light can be dimmed. Also they will take care of the power supply on site and make the site suitable for audience.

Rob Delfgaauw:We do get request for performances, theaters, events and concerts. We are now developing a new technique to use our 3D projection skills indoors, especially for theaters and during concerts. We are currently researching ways to combine our projections with interactivity, in order to communicate an experience to the audience. As long as it is dark enough and the amount of ambient light is low we are able to project indoor and outdoor.

Annamaria Monteverdi: Your projections are based on static architectural facades. Which kind of technical difficulties might occur in case of non static objects, namely, in case of trying to follow in real-time a moving object projecting a volumetric video on it?

Rob Delfgaauw: The most challenging fact about projecting on moving/non-static objects is aligning the projection with the object. From there the projection has to follow the object very accurate. We have developed techniques for this and it works really good.

Annamaria Monteverdi: Do you think your technology could be an important support for artists? In which way?

Rob Delfgaauw: Artists have an entire new way and environment to express themselves. Consider a huge building as their animated background of the stage. That’s impressive. If the content also is realtime generated to their moves (in 3D) than a awesome situation occurs.

Annamaria Monteverdi: On which projects are you currently working?

Rob Delfgaauw: Due to the privacy of our customers we cannot really disclose any specifics but we are currently working on projections in Singapore, New York, Moscow, Barcelona and Poland. 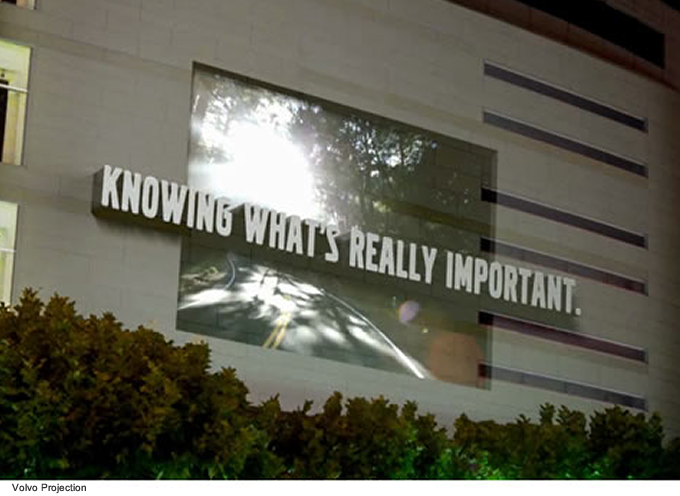 Annamaria Monteverdi: Any good piece of advice for anyone willing to start a career in animated graphics or video?

Rob Delfgaauw: The sky is no limit, go for it.