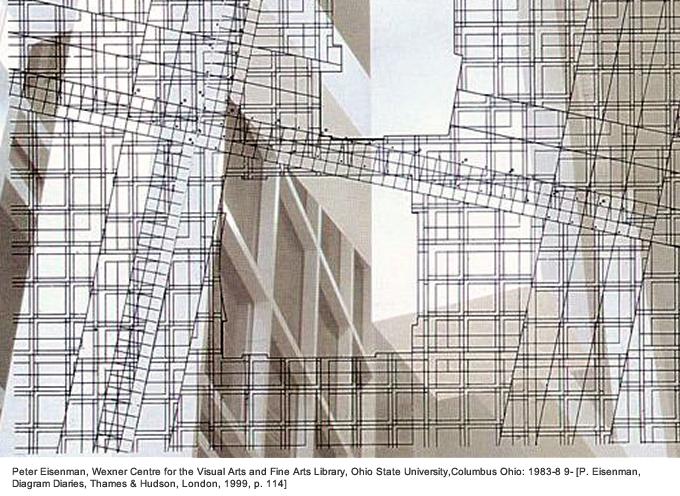 This essay offers an investigation into the notion of interstitial space and its creative exploration in various site-specific art practices as creatively realised mainly with the use of digital technology. This is the first part of this three-part essay.

In contemporary site-specific art, there is a growing interest in exploring emerging ‘in-between’ spaces through a creative exploration of the possible inter-relationships between various types of reality and particularly, of the points of intersection that enable exchanges between those realities. This essay offers an investigation into the ways through which, potential interstitial spaces can be creatively revealed through various modes of innovative spatial intervention such as, mixed realities, parallel sites, etc. The essay includes a discussion of various case studies taken from the international site-specific art scene and my art practice and research, with the emphasis placed on how diverse kinds of interstitiality can be revealed in a physical space, where perception levels and realities can be crossed. 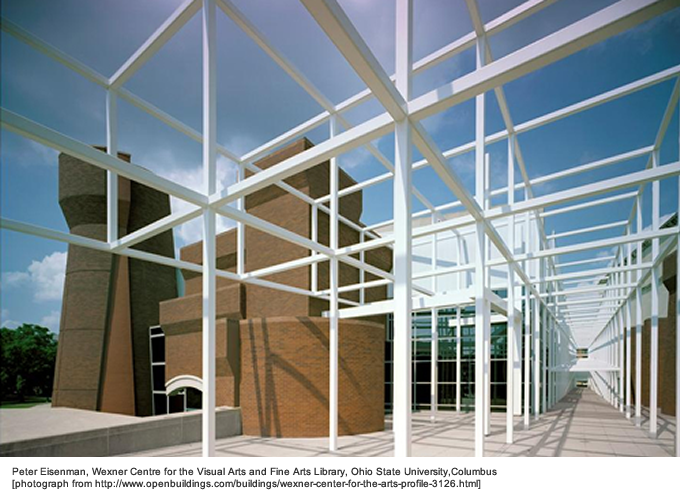 The very roots of the concept of interstitiality and interstitial space can be found in Plato’s definition of Χώρα (Chôra) that set the foundations of the concept of spatiality, place, and placing, while the influence of Plato’s cosmology is evident even in contemporary science. Alongside ‘Models/Ideals’ and their ‘imitations’, Chôra is defined as an ‘invisible and formless receptacle… of all becoming’ where ‘Forms’ are materialised, in a sense close to space.

The most important characteristic of Chôra [1] is that its relationship with its contents is a dynamic one, as Chôra interacts with its contents, while being simultaneously distinct from them in an “unexplainable and complicated way”. [2]

A continuous becoming takes place, as asymmetry causes motion and change. Chôra is full of unbalanced and heterogeneous forces; she is both “shaken and shaking”. [3] Shapes are created through ideas and numbers. In such creation of the universe, the elementary triangles of the elements are restructured. For instance, during the transitional phases of this creation process, cubes may be disorganised by been cut either at their edges or at the primary triangles from which they have originally derived, resulting in floating flat shapes.Diverse elements are “bonded” with each other through the use of mathematical analogies, so that, “intermediate definitions” are connected. [4] In such a way, a mathematical matrix characterises the Platonic Chôra and enables the ‘birth’ of forms. [5]

What is striking in the Platonic Chôra is that the role and workings of its mathematical matrix are more or less similar to the ones of the algorithmic matrices of digital visualisation, modelling, and Virtual Reality systems. Attempting to draw an analogy or even, adapt the concept of Chôra to the level of digital creation, is an interesting challenge. In this case, our interpretation of Chôra may be closer to the concept of the digital matrix-and-flow relationship, the key elements of which are their interactions and exchanges. Nevertheless, such elements are by no means settled, predictable and ordered, as the algorithmic infrastructure of digital visualisation systems is affected by its inherent heterogeneity, abstraction, complexity, instability, and noise. [6] 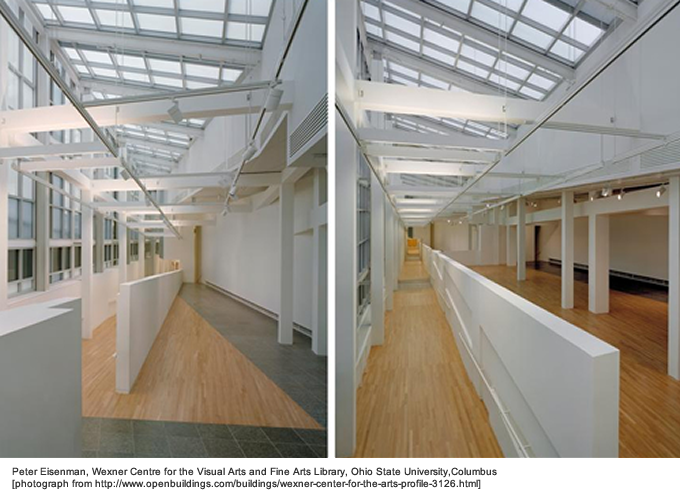 Such an argument invites us to investigate the Platonic Chôra in conjunction with the Platonic Cave, the allegory of which is used by Plato in his Republic for engaging with the notions of reality, perception, illusion. In the contemporary context of art and science, the Platonic Cave can be redefined by extension, as a CAVE (Cave Automatic Virtual Environment) or a mixed-reality environment, where we can experience possible and other kinds of ‘realities’ as well as their changing relationships that may even reveal new kinds of perception, surpassing the limitations of a room-sized ‘camera-obscura’.

It may be argued that it is essentially spaces of possibilities that can be produced through VR. Nevertheless, the possible may only leave as with a certainty. This is where VR is used for enabling a possibility to become a kind of ‘reality’ as a means of simulating or predicting reality, evoking thus,a sense of transparency, certainty and control.[7]

This situation reminds us of John Rajchman’s writings on the possible. Indeed, as he explains: : “ … the possible, whose realisation always leaves us the same,… [is not] something we must always experiment and work with in order to see… [the possible does not] confront us as a question or problem to which we don’t know how to respond in advance. [8]

Instead of simply applying known spatial concepts to VR, an array of questions arises, as for instance, what is at the other side of matter? Where and how can we draw the borderline between reality, actuality, and virtuality? Or, going beyond such dialectics, what is the real in the virtual and vice versa? Would there be a possibility of tracing a ‘third’ intermediate condition and how? What could be the significance of achieving this? 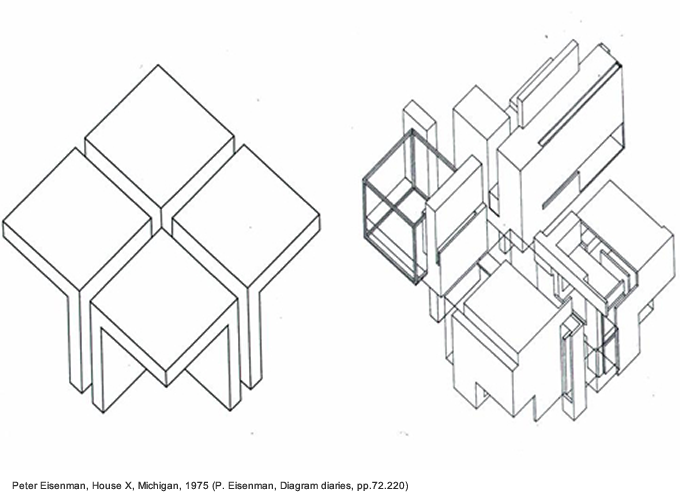 In relation to the creative processes involved in architecture and site-specific art practices, an interesting possibility would be to interpret Chôra as a ‘flow-and-ground’ relationship with a more dynamic, interactive and thus surprising character. Conceiving Chôra as ‘flow-and-ground’ does not introduce a dialectical game that might eliminate one of its elements.

This kind of Chôra presents and emphasises the dialogue and interaction of its elements, but it does not privilege the domination of one over the other. Ιt can be suggested that since ‘flow’ and ‘ground’ constantly modify themselves and their relationship, their roles can be interchangeable. In an expanded metaphorical sense of poesis, the ‘flow’ flows from, into and through the ‘ground’s’ particles, leaving its temporal ‘imprints’ on the ‘ground’s’ substance. The intensity, speed, and direction of the ‘flow’ alter the ‘ground’. The ‘ground’ neither does it preserve intact the previous input of the ‘flow’, nor does it erase it completely.

The concept of interstitial space, which has been investigated also in conjunction with Chôra in R. E. Somol’s essays on Peter Eisenman’s work, has been one of the dominant elements in Eisenman’s architectural practice, both in terms of design process and end product. Aninterstitial space may be unexpected without being non-developmental. The notion of interstitiality is related closely to the workings of a diagram.

As Eisenman emphasises, a diagram ‘occurs’ between the stages of a project’s completion. The crucial process of decision-making usually takes place between these stages.[9] In particular, the digital diagramming for projects such as, the Wexner Centre, is based on the processes of “mapping” and “artificial excavation”. According to Anthony Vidler, Eisenman intends to retain the fluid non-dialectical consolidation of functional and dysfunctional spaces. These spaces emerge from the virtual clashing of displaced topographical and structural grids. The interconnecting “pre-deconstructive” and “post-deconstructive” stances reinforce a non-narrative and discontinuous mode of ‘reading’ [10] 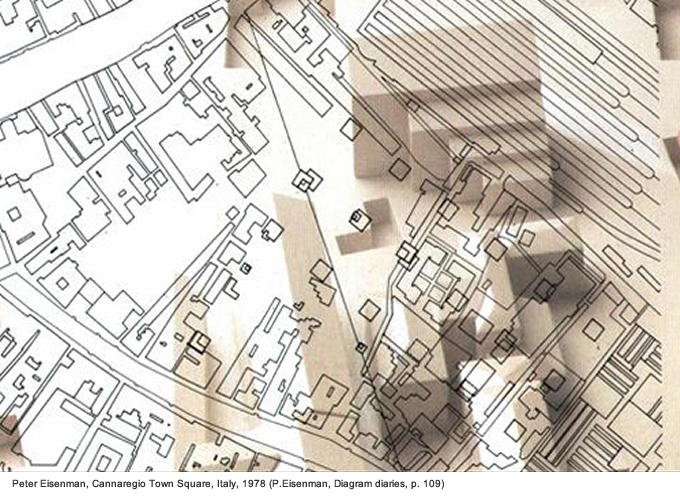 In House X and Cannaregio Town Square, the architectural design elements interact with each other during the design process of imprinting, so that, they alter their contents and become altered by them at the same time. The manifestation of this “double work” shows evidence of equal mutual interaction. [11]

Consequently, in terms of a metaphorical analogy to the Platonic Chôra as ‘flow-and-ground’, the ‘ground’ is “overprinted” so much, that it influences the route of ‘flow’. As an end-product, a building challenges the functional aesthetics of standard architectural types, as it essentially comprises of an accumulation of ‘leftovers’ from various design stages.

In terms of digital site-specific art, the opportunity to reveal and challenge the relationships between diverse kinds of reality and perception can be achieved through exploring various types of interstitial space by using digital visualisation tools, VR and Virtual Environments for creating innovative as well as unsettling kinds of spatial intervention. Instead of being perceived as a ‘ground zero’, space is uncontrollably evolving and heterogeneous, as it has multiple layers of virtuality and reality. The influence of Quantum Physics and Manuel Castell’s concept of ‘informationalism’ is particularly evident in the development of digital and media art. As Lev Manovich explains, the “binary logic of visible/invisible” is no longer relevant:

… the new spatial logic can be described using such terms as functions or fields, since from the point of view of these new technologies, every point in space has a particular value on a possible continuum. 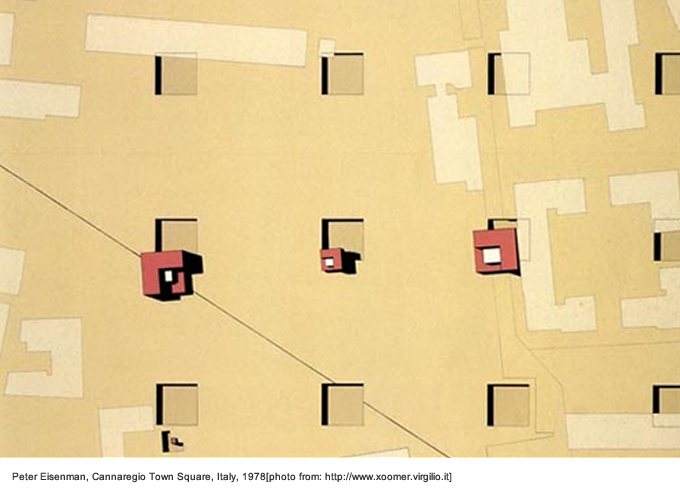 Through such an interaction, it is possible to surpass the limitations of producing a neat and settled hyperspace that would be characterised by the unity and continuity of spatial augmentation. One of the most challenging possibilities arising, would be to creatively reveal various interstitial spaces of emergence as stemming from complexity; from the invisible and unsettling ‘potentiality fields’ between the transitional states of spatial transformation and exchange. Imperceptibles and intermediates would emerge, as we unravel what is observable.

The latter can be perceived as the outcome of the various intersections of interacting fields and the ruptures that emerge from the changing and heterogeneous nature of the layers of space. An oscillation between atopias, utopias and dystopias may challenge the established borderline between a plan, a map and a building, and its meaning. Such interstitial spaces can be revealed through using material/immaterial mediums as light and line as well as the processes of drawing and diagramming, for ‘opening up’ the ‘interfaces’ of thought, VR and built architecture.